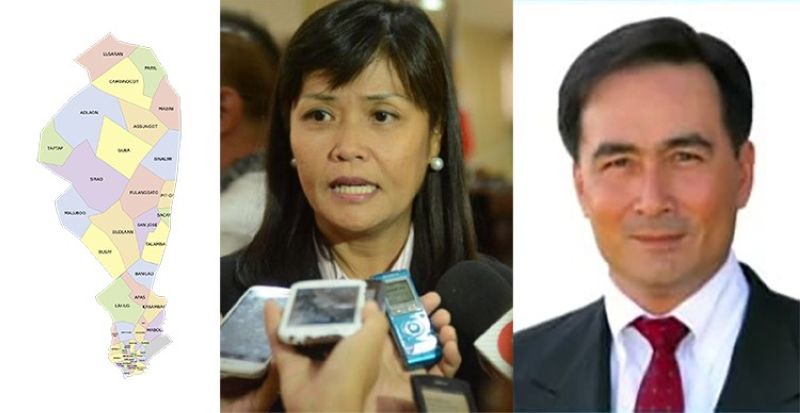 WHAT WE WOULDN'T HAVE KNOWN hadn't links sent to Bzzzzz not been watched or read:

The names previously talked about as probable candidates for the House of Representatives seat for Cebu City north were former congresswoman Rachel Marguerite "Cutie" del Mar, the late Representative Raul Del Mar's daughter; City Councilor Niña Mabatid; Majority Floor Leader Raymond Alvin Garcia; and Richard Yap, the TV star who ran and lost in 2019. Except for Cutie, who is identified with BOPK, the three others -- Mabatid, Garcia and Yap -- are with Partido Barug, the city's ruling party.

Too crowded for one party slot but on the BOPK side, the names Mary Ann de los Santos and Mimo Osmeña have come up lately. No matter how many vie for the seat, usually the major contenders Barug and BOPK field only one candidate each, thus limiting the intense fight between the two camps, with the independents and other non-party-supported bets sharing the crumbs among the votes.

De los Santos, former Lahug barangay captain, served as city councilor for two terms, in 2013 and 2016. But she also lost three major races: for Cebu City mayor in 2007 and for congresswoman in 2010 in the city's north district -- both under Team Rama -- and for vice mayor in 2019, under BOPK.

May Ann excoriated her first party Team Rama (what is now known as Partido Barug) under which she first won as councilor, lamenting in an August 17, 2015 privileged speech that she was "assassinated, massacred, bullied, traumatized, nerve-wracked, hurt, betrayed, abused, abandoned, alienated, deceived, and left to suffer being alone." Less than a week later, on August 22, she announced she was already a full-fledged BOPK member.

It was in the 2010 elections that Cutie del Mar won the seat her dad Raul had occupied for three consecutive terms (2001, 2004 and 2007 elections). She defeated seven rivals but de los Santos, then the Lahug barangay chief, was the most serious contender. Cutie got 58.49 percent, as against Mary Ann's 34.73 percent, of the votes, with a lead of more than 40,000.

How about Mimo Osmeña?

In 2012, he did so, launching a radio program "Lamdag," as he has done so again lately, co-hosting with a veteran broadcaster Nanding Celeste. "Purely for public service," he said then, yet at the same time "for keeping in touch and testing the waters." In that campaign season nine years ago, Mimo said that if he'd run, it would be "for a Senate seat or Cebu City Hall" and not then congressman Eduardo Gullas' post in the province's first district.

Mimo was, and is still believed to be, a registered voter in Cebu City north, the district vacated by the death of Raul Del Mar last November 16 (now under the caretaker-ship of House Speaker Lord Alan Velasco with Cutie Del Mar as Velasco's official representative). Lito Osmeña in Mimo's first exploratory sally into politics in 2013 said his son would run in any of four posts: senator, congressman, governor or mayor. He did not run then but he might now.