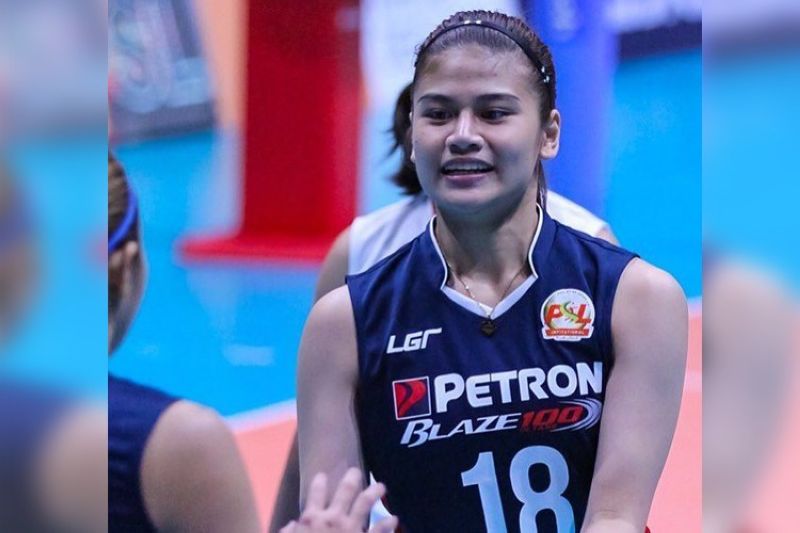 Volleyball star Carmela Tunay has announced she is retiring from the game at the tender age of 25. (Philippine SuperLiga)

Volleyball stalwart Carmela Tunay announced her retirement from the game at the young age of 25, ending a storied career highlighted by two championships in the Philippine SuperLiga.

Tunay was slated to be the skipper of the newly formed volleyball team Peak Form. However, she stunned volleyball fans across the nation when she announced she was hanging up her sneakers for good during an appearance on One Sports’ “The Game” on Tuesday.

Tunay revealed that she already made up her mind several weeks ago but deferred making an announcement so as not to cause waves in the volleyball community, which at the time, was busy with the formation of the national team.

"I haven't made a public post about it cause I didn't want to draw attention," she added. "When I made the decision, it was the time na mainit yung usapan sa national team."

So ends Tunay’s storied volleyball career that began taking off at UST before she moved on to Cignal and then, Petron, which she helped win two SuperLiga crowns. With Petron announcing that it was taking a leave of absence from the league, Tunay moved on to Peak Form Unlimited Athletes Club, where she was slated to become captain in the Premier Volleyball League.

With volleyball already in her rear view mirror, Tunay revealed that she already has a few endeavors lined up.

"I've been focusing on digital stuff as an agent and manager, marketing stuff on the side, too," Tunay shared on the show. "Despite letting go of something I'm really passionate about, I'm going to do something I love din. Last year, I finished my master's, and isa yun sa mga hinihintay ko before I say goodbye to volleyball." (JNP)