PNP to cops: No profiling of community pantry organizers 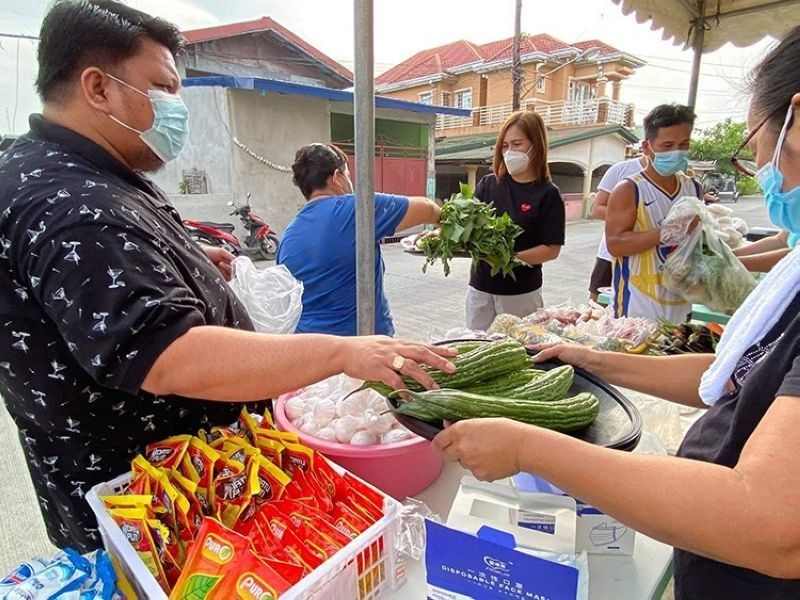 PAMPANGA. Volunteers from Barangay San Nicolas in Masantol, Pampanga prepare the goods to be served to those who need them through a community pantry. (Contributed photo)

THE Philippine National Police (PNP) Directorate for Police Community Relations (DPCR) is crafting guidelines to be followed by police personnel in engaging with community pantry organizers to avoid any further misconceptions and misunderstanding.

PNP Chief General Guillermo Eleazar said under the guidelines, police presence in the vicinity of community pantries should not be to conduct profiling of organizers, but to maintain peace and order and ensure that minimum public health safety standards are strictly observed.

On Wednesday, May 19, during a briefing of the House Committee on Human Rights, Police Brigadier General Vincent Calanoga, acting chief of PNP-Human Rights Affairs Office, apologized to community pantry organizers who felt harassed and intimidated amid alleged profiling conducted by some police personnel.

Calanoga said such activity of the police is already under investigation and being acted upon.

Eleazar said Thursday, May 20, that Calanoga’s initiative to apologize only indicates that the PNP means no harm to the community pantry organizers.

Eleazar also urged community pantry organizers to immediately seek the assistance of the higher office should they feel threatened by the police.

Community pantries have sprouted in various parts of the country. They aim to provide free food for those hardly hit by the coronavirus disease 2019 (Covid-19). (SunStar Philippines)