Lakers beat Warriors, advance to face Suns in first round 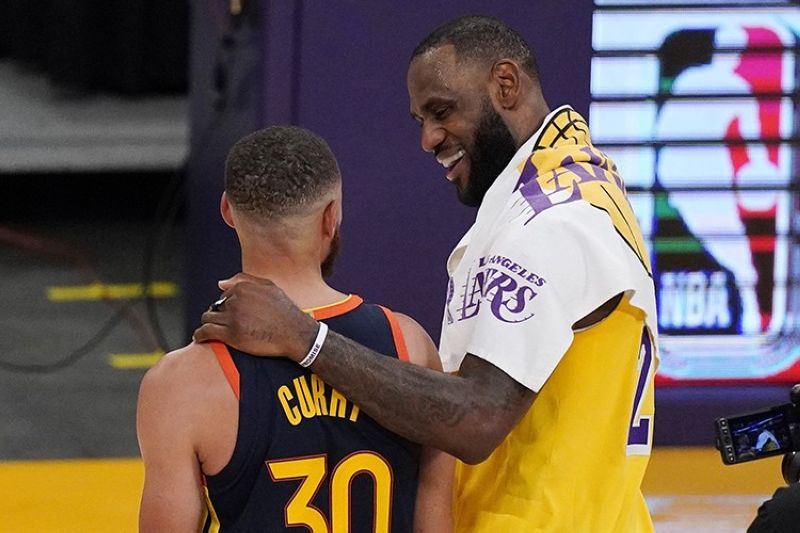 LOS ANGELES — LeBron James made a long, go-ahead 3-pointer with 58.2 seconds remaining, rallying the Los Angeles Lakers to a 103-100 victory over the Golden State Warriors in a Western Conference play-in game Wednesday night.

The Lakers earned the seventh seed and a first-round series with the second-seeded Phoenix Suns. Golden State will host Memphis, which beat San Antonio on Wednesday, for the eighth seed Friday, with the winner facing top-seeded Utah.

James finished with 22 points, 11 rebounds and 10 assists for his sixth triple-double of the season, Anthony Davis scored 13 of his 25 points in the fourth quarter, and the Lakers overcame 37 points from NBA scoring champ Stephen Curry.

Golden State had a chance to send it into overtime, but Kent Bazemore had a bad inbounds pass.

MEMPHIS, Tennessee — Dillon Brooks scored eight of his 24 points in the fourth quarter to help put Memphis ahead to stay and the Grizzlies eliminated San Antonio.

DeMar DeRozan and Rudy Gay each scored 20 points as the Spurs lost their fifth straight. Dejounte Murray had his fifth triple-double with 10 points, 13 rebounds and 11 assists. (AP)