Septuagenarian dies after getting hit by truck 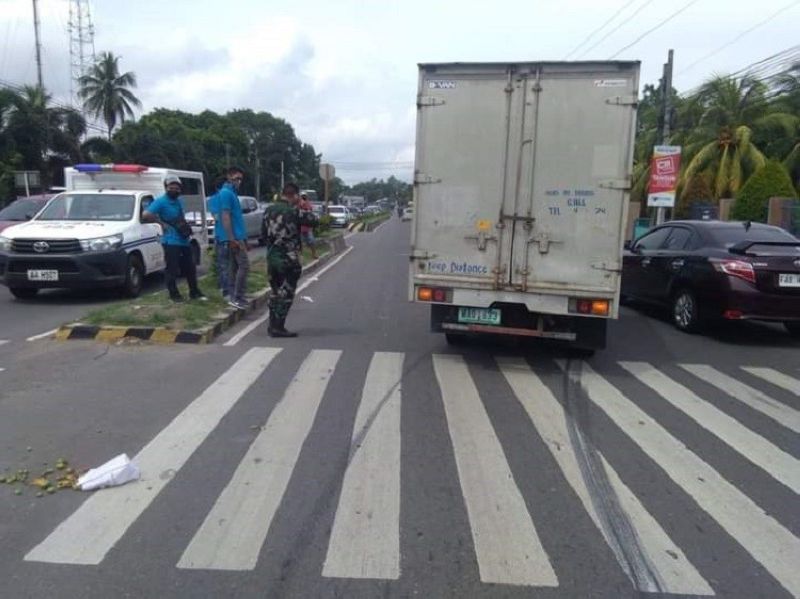 SENIOR CITIZEN DEAD. A septuagenarian died after he was hit by a panel truck on Araneta Highway, Barangay Tangub, Bacolod City Thursday morning, May 20, 2021. (BCPO Photo)

A SEPTUAGENARIAN died after he was hit by a panel truck on Araneta Highway, Barangay Tangub, Bacolod City Thursday morning, May 20, 2021.

The victim was brought to the Corazon Locsin Montelibano Memorial Regional Hospital, but he did not survive.

Alferez also voluntarily surrendered to Police Station 8. He told police that he did not notice that Nantha was crossing. He tried to apply brake, but Nantha was already hit by the truck.

Alferez said he is asking for forgiveness from the family of the victim.