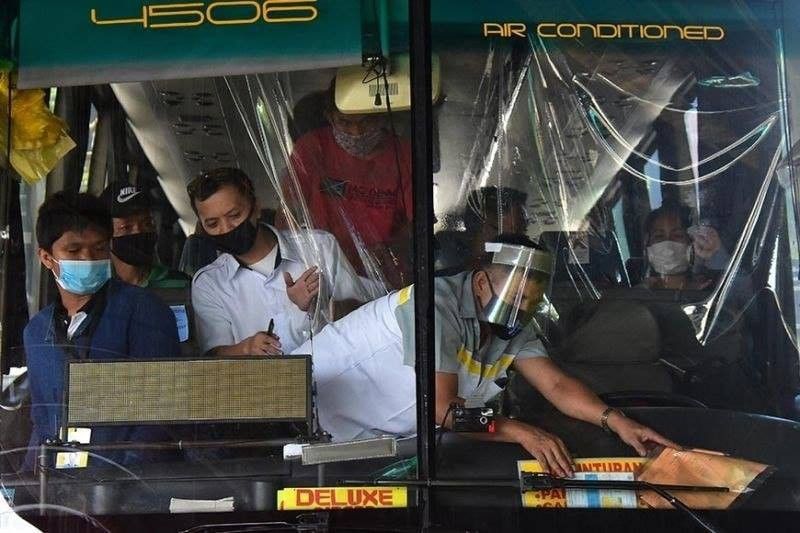 AN OFFICIAL from the Davao City Overland Transport Terminal (DCOTT) revealed that bus trips coming in and out of the city decreased since the tightening of border controls.

"Because of the implementation sa atoang (of our mandatory) swab test RT-PCR [reverse transcription-polymerase chain reaction], ni-decrease gyud ang atoang biyahe ingon usab ang mga pasahero nga musakay or magbyahe karong panahuna tungod mahadlok sila pangitaan sila'g mga dokumento nga (there has been a decrease of bus trips and passengers since they of the need to secure the necessary documents including) RT-PCR," DCOTT head Aisa Usop said in an interview with 87.5 FM Davao City Disaster Radio on Thursday, May 20.

Usop said the city terminal, since its operations gradually resumed in June 2020, has been catering to passengers not only within the region, but also from neighboring regions, and bus routes from Luzon and Visayas like in Ormoc in Leyte, and Pasay in Manila.

With the decrease in bus trips, the official said the city bus terminal also incurred income losses when Philtranco, a bus terminal that travels from and to Pasay and Davao City, decided to have its first and last stop in Tagum City.

Prior to the implementation of the border control in the city, she said their office talked with the Philtranco management, wherein DCOTT said all the latter's passengers will be required to secure mandatory RT-PCR test results.

She added that the management admitted that some of their passengers are picked up in some parts of the region.

The tightened regional border controls took effect in Davao City on Friday, May 14, 2021.

The resolution was published on May 3 after the body approved uniform guidelines to regulate entry and exit in regional borders of the region.

The guidelines will be implemented by local government units (LGUs) in Davao Region, sharing a border with other regions to regulate movements "as an additional and preemptive measure against the surge of Covid-19 cases in the region."

According to the resolution, tourists and returning residents who are non-authorized persons outside residence (non-Apor) who will enter Davao Region will now be required to secure negative RT-PCR test results.

Section 3 of the resolution stated that Apors, who are exempted to the mandatory RT-PCR, include health and emergency frontline services and uniformed personnel; government officials and employees on official travel and official business; and duly authorized humanitarian assistance actors, especially those transporting medical supplies and laboratory specimens related to Covid-19 and other relief and humanitarian assistance.

Returning residents of the region that are non-Apor need to secure RT-PCR test results with an accompanying identification card showing residence or any other proof of residence.

Essential travel of non-residents in the region, which includes access to essential goods and services, medical consultations, etc. will be allowed entry in the region provided that they can present any of the following: proof of appointment, medical prescription/referral, or any other document showing proof of essential transaction.

Usop, meanwhile, encouraged travelers to research the requirements their destined local government units will be asking.