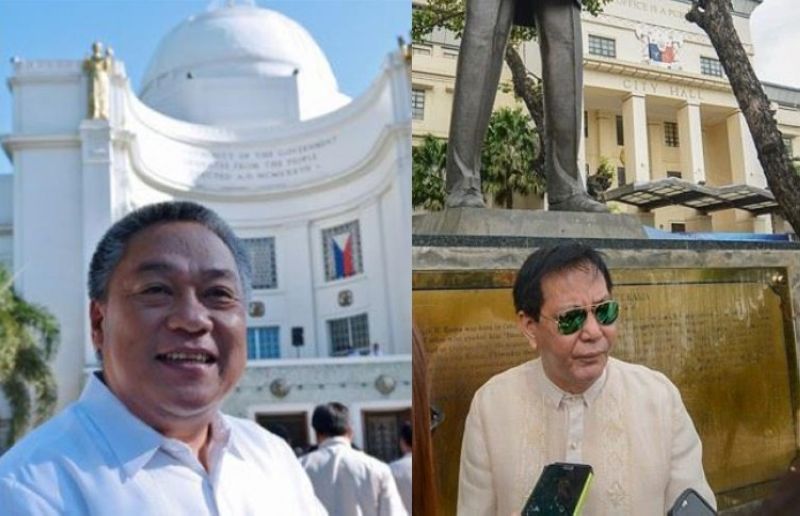 [1] FILIPINO, ENGLISH AS OFFICIAL LANGUAGES. The 1987 Constitution (Art. XIV, Section 7) states: “For purposes of communication and instruction, the official languages of the Philippines are Filipino and, until otherwise provided by law, English.”

Perhaps because of that provision, there is no mention anymore of language that shall be used in Congress or a local legislature, such as the Provincial Board or in a City Council or Municipal Council, The Cebu City Council house rules, for example, do not specify the language that shall be used in resolutions and ordinances and during its sessions and other official proceedings.

By tradition and convenience, resolutions and ordinances and other official documents of local legislatures are written in English. Most, if not all Sanggunians, across the country use English.

[2] SPOKEN LANGUAGE. The gray area, by the absence of a specific provision, is on the language used in discussing proposed legislation and other matters related to the functions of the Sanggunian.

There is no dispute about Filipino or Tagalog, which is sometimes used in Congress and maybe in Sanggunians in Tagalog-speaking regions. Filipino, heavily based in Tagalog, is after all one of the two official languages. But can a Cebu council or board use the native language Cebuano-Bisaya, instead of Filipino or Tagalog, in its area of constituency?

Rep. Rufus B. Rodriquez filed last February 12, 2020 House Bill #6280, which seeks to overhaul the Language Commission into a Commission on Languages. Relevantly, it cited, among others, the Supreme Court support for languages other than Filipino, saying: “Other Philippine languages – not just the national language – can be used in official capacities, as upheld by the Supreme Court, based on their analysis of the Constitution and constitutional commission proceeding.”

Thus, in Cebu legislatures, Cebuano-Bisaya may be legally used for three reasons, namely: (a) there is no legal prohibition against it; (b) the Supreme Court interpreted the Constitution to allow the use of a regional language in official proceedings; and (c) it is actually practised, without any sanction or reprimand, in many Sanggunians, most of which rarely use pure English or pure Filipino or Tagalog in their sessions.

[3] PURE BISAYA, LIKE PURE ENGLISH, WON’T DO. If the Cebu City Council uses pure Cebuano-Bisaya, it would be difficult and funny, as demonstrated by the Cebu Provincial Board during its February 26, 2018 session that observed “Semana sa Pinulongang Sugboanong- Binisaya.” In that session, they groped for words in English that had no ready Bisaya equivalent, such as “Madame Chair” or “majority flood leader.” The local language week, observed each last week of February, was adopted in April 2012, proposed by then board members Julian Daan and Arleigh Sitoy to “expand Cebuano culture.” (Daan died August 21, 2019 at 74; Sitoy on November 13, 2016 at 58.)

If the councilors would use pure English, the problem is that many of them do not speak plainly, with problems of grammar and syntax obstructing communication.

Journalist Rolando Morallo suggested only occasional use of English when equivalent words in the local language are not within reach. Lamberto Ceballos, a Bisaya language consultant, said the councilors can use words that aptly describe their feelings. Lope Lindio, a Filipino working abroad, advised against using Tagalog. If Bisaya lacks the words, they can turn to English.

Apparently, a legislator will be most effective in the language that can express his thoughts: use English as the official communication, then lapse into Bisaya as often as it becomes useful or necessary. To do that, Morallo said, they should shed the fear of criticism about the way they speak English and fare even worse by trying hard. On the upside, audiences appreciate councilors who don’t torture them with broken English and instead present views clearly and succinctly.

[4] LIVE-STREAMING EXPANDS AUDIENCE. The widened and expanded audiences watching the Cebu City Council, and similar local Saggunians – brought about by live-streaming – has sharpened the need for the legislators to become better communicators.

Onlookers and watchers of their performance are much higher in number, what with the succeeding or repeat audience, which can access the video clip even after the real-time session. And they’re annoyed by councilors who clearly don’t express themselves well in English. They can dramatically improve their skill by speaking in English and, yes, Bisaya, every time there’s a need to use the local language.

[5] LEGISLATIVE HABITS THAT MAY BE CHANGED. Councilors may need to rethink that they’re not just speaking to one another, or to the people in the Sanggunian hall like in the sessions of the past. They’re talking to a whole lot of other people, mostly taxpayers and voters, persons who’d like to understand what’s being talked about in the “august body.”

When they use words, phrases and numbers, do their audiences understand them? Such as –

(a) Using acronyms that are not well known, e.g., names of obscure offices at City Hall and the national government.

(b) Citing numbers of resolutions and committee reports, without stating what they’re about and approving them wholesale (“in an omnibus manner”).

(c) Banging motions into approval, without stating the gist of each resolution passed: a different word or phrase can affect the motion. Yes, there are minutes or journals of proceedings the Sanggunian is supposed to review in the next session. But reading is generally dispensed with and approved even without seeing or hearing the final version. Certainly not by the audience out there, which would’ve little clue about what the councilors finally approved.

[6] DUTY, VIA SECRETARY, TO TRANSLATE OK’D BILLS. The Local Government Code (Republic Act 7160, Title V, Article I, Section 469, subsection (c), provides: “The secretary to the Sanggunian shall take charge of the office and shall: ... (8) translate into the dialect used by the majority of the inhabitants all ordinances and resolutions immediately after their approval, and cause the publication of the same together with the original version in the manner provided in this Code”

For the Cebu City Council, Cebu Provincial Board and other local legislatures of Cebu, the applicable dialect is Cebuano-Bisaya. The words “shall translate” and “immediately after approval” stress the mandatory and urgent nature of the task imposed by law on the Sanggunian, through its secretary.

The requirement of the Local Government Code -- which Vice Mayor Michael Rama, presiding officer of the City Council calls the “Bible” of public officials in local governments – has either been ignored by most council or board secretaries or none of the translated work has been published.

Purpose of translation and publication is clearly to help inhabitants who are not proficient in English to understand the law in their respective cities, towns and provinces.

Sanggunians in most cities and affluent towns shouldn’t have a problem finding a person or persons to translate approved resolutions and ordinances. Cebu City’s Sanggunian has at least 43 employees, including those in the records division and electronic library, according to Atty. Chappy Piramide, City Council secretary.

[7] CONCERN ABOUT THE PUBLIC KNOWING AND UNDERSTANDING what the councilors are doing, especially on legislation that affects taxpayers and voters, which should prompt local legislators to become better communicators.