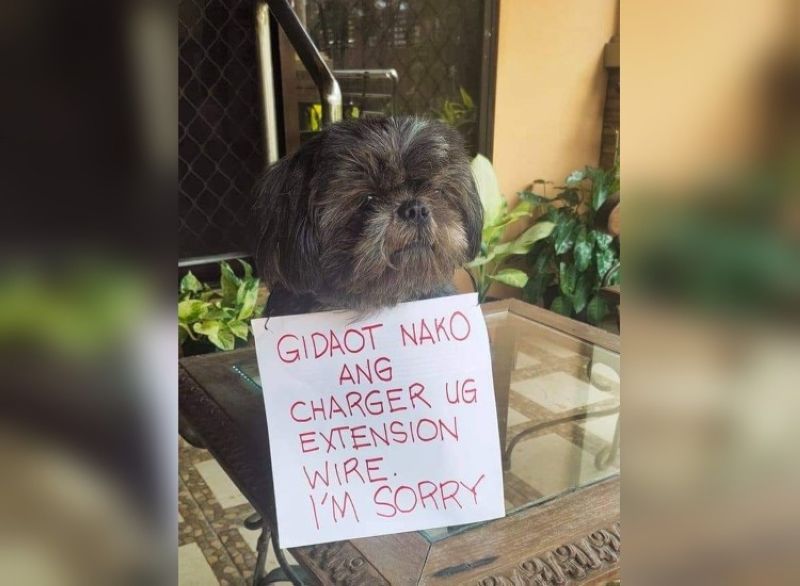 According to Domingo, he went out to the farm leaving Ekeelz inside the house.

Because he loves his furry little buddy and he would not do anything to hurt him, he took a photo of him with his apology.

Meanwhile, Domingo reminded pet owners to be sensitive to their pets' needs and feelings.

He said feeding them on time will eliminate their stress and anxiety.