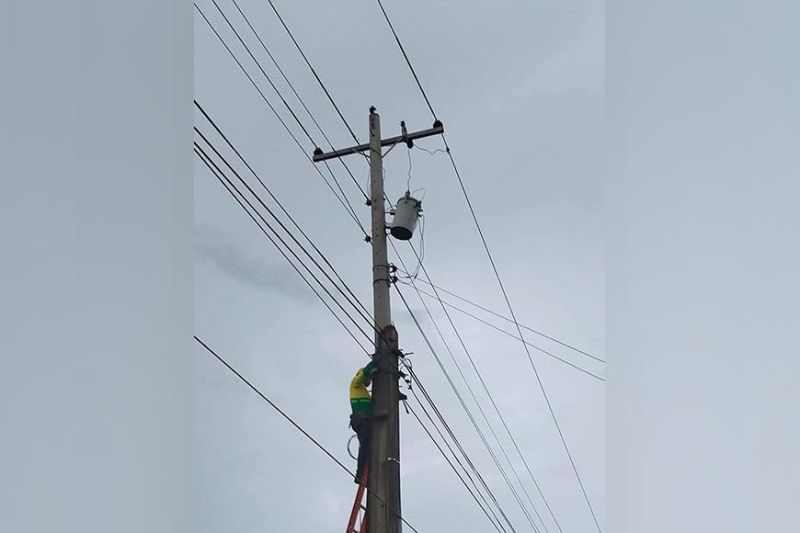 Wennie Sancho, secretary-general of Power Watch Negros, said they are presenting to the media in a briefing Monday, May 24, issues like the alleged over-contracting of power supply.

Sancho said the allegations are backed with "ten documents" referring to previous contracts, minutes of meetings, and cases filed at the National Electrification (NEA) and Energy Regulatory Commission (ERC), among others.

"We have it on hand in the event that they will question our basis on the over-contracting allegations," he said, adding that "we will use these documents if ever we are going to file a case before the ERC and NEA."

During the activity, Power Watch Negros will tear copies of the Memorandum of Understanding (MOU) they earlier drafted and are supposed to be signed with Ceneco management.

The MOU is aimed at establishing a "spirit of partnership" to properly address concerns hounding the power sector.

Sancho earlier said there is an urgent need for consultations between the cooperative and consumers to address vital issues and concerns in the power industry to make the distribution utility more transparent and responsive to the needs of the consumer-member-owners (MCOs).

The partnership deal is also seen to pave way for the creation of Power Advocacy Consultative Council (PACC).

The signing was first postponed on April 13 due to the opposition made by a member of Ceneco Board citing the pandemic as the reason and the need to further study the MOU.

Sancho said it is no longer of use despite their good and noble intentions.

The Power Watch Negros official said they are no longer expecting that the MOU will be realized following the "refusal" of the cooperative for over a month already.

"We are tearing the MOU to manifest our indignation against the crooked minds that guides the hands of over contracting," he said, adding that "to refuse [to] an offer is an insult so gision nalang namon na siya kay wala naman na pulos."

Among other agenda that the consumer group will highlight included its position paper against the "short-term" extension of the 40-megawatt (MW) power supply agreement with Kepco Salcon Power Corp. (KSPC).

KSPC earlier expressed interest in a one-year extension of its 20 MW power supply agreement with Ceneco.

The cooperative, though, has not approved an extension so far.

"[But] are the members of the Board willing to sign an undertaking that the result of all the contracts would not lead to over contracting?" Sancho asked.

The group will also underscore the economic repercussions of the looming over-contracting that "the Board of Directors of Ceneco wanted us to swallow hook, line, and sinker."

It will also express its vehement opposition against the reported holding of the cooperative's Annual General Membership Assembly (Agma).

Sancho said if they postponed the signing of the MOU that only involves four persons, "why push through with the Agma that would require a huge number of participants despite the coronavirus disease (Covid-19) threat."

"So it's very clear that they have other agenda," he said, adding that the main reason for the group's opposition is that "Ceneco will railroad the Agma agenda because there are so many vital issues that could not be resolved during the assembly."