Cenro to file raps against resort owner in Barangay Sum-ag 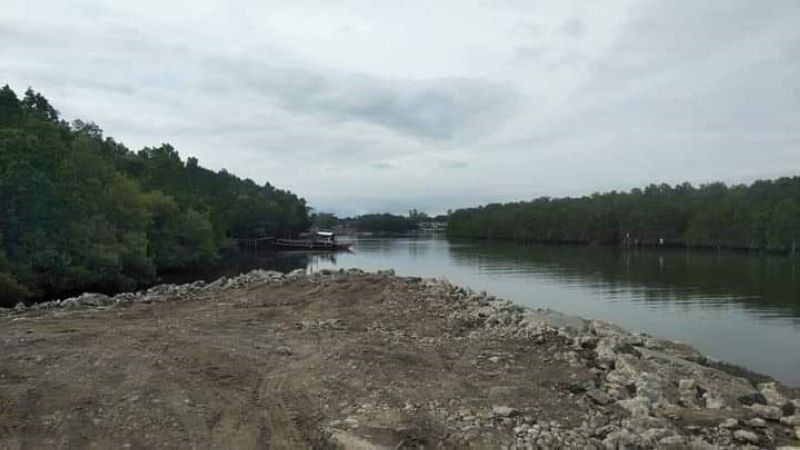 THE Community Environment and Natural Resources Office (Centro) is now preparing all the documents necessary for filing of a complaint before the City Prosecutor’s Office against the owner of the resort in Barangay Sum-Ag, Bacolod City for alleged illegal cutting of mangroves in Sum-ag River.

Joan Nathaniel Gerangaya, head of Cenro-Bago, said Monday, May 24, that they will file the case against the owner of the resort this week for violation of Republic Act 7161 or the Revised Forestry Code of the Philippines.

He said he already held a meeting with the officials of Barangay Sum-ag led by its village chief Rodney Carmona, along with members of the fisherfolk association in said village.

He added that there were three issues in said complaint, but they only have one jurisdiction regarding the illegal cutting of the mangroves.

Gerangaya noted that the construction of dike and the reclamation will be addressed by the Department of Public Works and Highways (DPWH) and Office of the Building Official (OBO).

“Our office did not issue any permit for the cutting of mangroves in Sum-Ag River,” Gerangaya said.

Carmona earlier sought the assistance of the Department of Environment and Natural Resources (DENR) Secretary Roy Cimatu to investigate the alleged ongoing beach resort project at the entrance of Sum-ag River.

Carmona said there is an ongoing beach resort project at the entrance of Sum-ag River and it utilized about two or three hectares of mangrove areas on the adjacent location of Purok Mabinuligon II of Barangay Sum-ag and part of Purok Balas, Barangay Pahanocoy.

On May 19, Barangay Sum-ag officials inspected the project construction site.

Carmona said they found out that the developer was able to construct a mini wharf at the entrance of Sum-ag River using concrete boulder materials, which made the entrance narrow.

“It is clearly dangerous and it became a navigational hazard for the incoming and outgoing fishing vessel utilizing Sum-ag River as docking area,” he said.

He added the project using heavy equipment and manpower was able to illegally cut full-grown mangroves without an application or authority from the barangay, which greatly affect the living condition of the residence of Mabinuligon II and nearby areas, at the same time, depriving the growth of fishes in its breeding ground.