Power Watch: Ceneco consumers to suffer from over P360M in ‘overpriced’ cost amid power deal extension 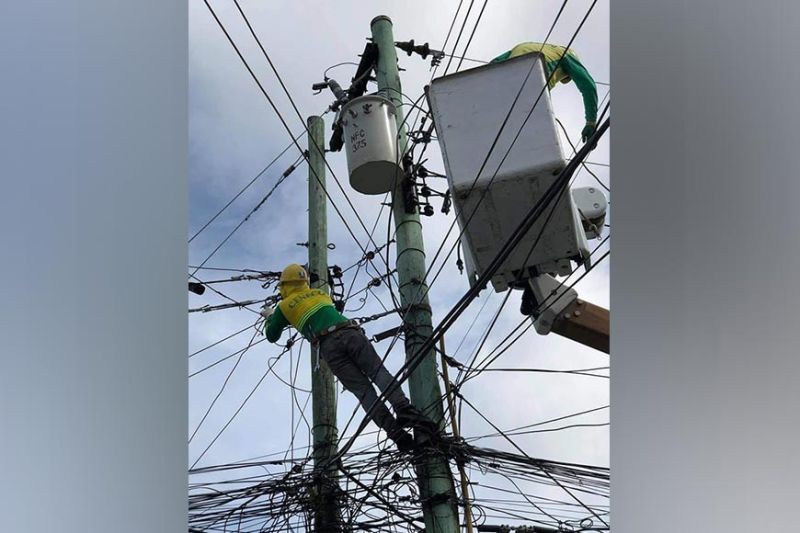 WHILE they agreed that there was no overcontracting in the one year extension for the 20-megawatt (MW) power contract of Central Negros Electric Cooperative (Ceneco) with Kepco Salcon Power Corp. (KSPC), a consumer group leader believed that there was an overpricing instead amounting to over P360 million that member-consumers have to pay for in the succeeding months.

Wennie Sancho, secretary general of Power Watch Negros Advocates, on Thursday, May 27, 2021, said what the Ceneco Board had approved was a “short-term extension” of 20 MW power contract yet a “long-term suffering” for the consumers.

Sancho told SunStar Bacolod that the “contracted price” is P5.4209 per kilowatt hour (kWh), which was higher than the previously bid amount of P3.2929 per kWh for a 20-MW power supply with the competitive selection process (CSP) put on hold.

“There was no overcontracting in the extension, but there is overpricing,” he said.

“That is the cost of the short-term extension, what a heavy burden for all consumers to bear,” Sancho lamented.

On Wednesday, its acting general manager and project supervisor lawyer Dan Pondevilla confirmed that the power distribution utility accepted the earlier offer of KSPC for a one-year extension of their power contract ending this month.

Pondevilla, however, said the extension should be at a reduced capacity of 20 MW or half of the 40 MW that was previously contracted by Ceneco the Cebu-based coal-fired power plant.

“This is the most practical and beneficial on the part of the consumers. Contracting just 20 MW, and not 40 MW, will enable us to maximize our supply and reduce our power rates,” he added.

Engineer Norman Pollentes, corporate planning division manager of Ceneco, said the extended contract cost is similar to that of the existing power supply agreement with the power generation utility.

If based only on KSPC's power cost of P5.58 per kWh inclusive of value added tax (VAT) for May, the cost of the one-year power contract extension would be about P977.6 million.

“Ceneco is entitled to a one-year extension of the existing contract,” he said, adding that the contract cost is “as is where is” as per approval of the Energy Regulatory Commission (ERC).

Pollentes, who also chairs the Third Party Bids and Awards Committee, refused to make comments on the overpricing claim of Power Watch.

For the consumer group, the issue of overpricing is grossly prejudicial to the interest of about 200,000 member-consumers of Ceneco.

Sancho said the members of the board who voted for the approval of the power deal extension should answer to the consumers as to why they agreed to a PSA with a price higher than the previously bid price of P3.2929 per kWh involving the same power supplier and the same volume of power supply.

“The price difference is too big, the VAT is still not included in the contracted price of P5.42,” Sancho said, adding that “the consumers deserve an explanation.”

He said Power Watch Negros and other advocates in the power industry are planning to file charges before the ERC and the Presidential Action Center for gross misconduct, incompetent contracting and gross neglect of duty resulting to overpricing.

It can be recalled that KSPC president and chief executive officer Jong Ryoon Yoon, in his letter to Ceneco last May 7, said that KSPC emerged as the "lowest calculated and responsive bidder" in the recently held bid opening for the 20 MW power requirement for 10 years of Ceneco.

He, however, said during that time, the Third Party Bids and Awards Committee had yet to conclude the post-qualification proceedings.

The power delivery schedule set for May 26, 2021, by the winning bidder would most likely be moved to a later and more practicable date considering the process between post-qualification until the implementation of the PSC.

"In this light, KSPC would like to propose for the extension of our existing power sales contract for a period of not more than 12 months," he said.

The one-year extension will be under the same terms and conditions of their existing power sales contract, he added.

For her part, Ceneco president Jojit Yap said “there was no overpricing,” as the cost was still based on the existing contract with KSPC.

Yap recalled that there was a protest from another group, Konsyumer-Negros, particularly on the terms and reference of the PSA that the cooperative was about to enter with the power generation utility.

“Though there was already a bidding, the Board acted to the concern raised by Konsyumer-Negros by forwarding it to the Department of Energy (DOE),” she said, adding that though the agency has acknowledged the receipt of the concern, it has yet to answer on the matter.

“We cannot just rely on the Wholesale Electricity Spot Market (Wesm) as the cost of power there goes up and down,” Yap said.

Yap said they actually looked for other suppliers as options that can provide for a lower rate but only for a 20 MW supply.

Yap said, “it is not our fault because we cannot afford to pursue the bidding process without having the decision of the DOE on the protest of Konsyumer-Negros.”

The Ceneco official said aside from extending the contract with KSPC for another year and sourcing the power from Wesm with volatile prices, another option the cooperative can actually take is to have a shortage of 20 MW.

“So, we chose the first option which is to extend because at least the price is the same with what we have been procuring from KSPC,” Yap said.

"The power rate for the consumers will possibly lower down by P0.70 to P1 per kWh because the contracted load was reduced at 20 MW only," she added.