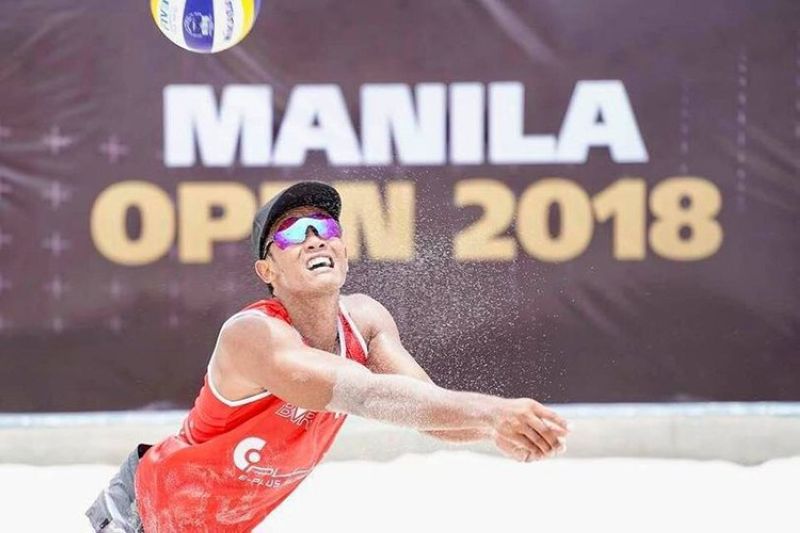 DECORATED Davao spiker Calvin Sarte still can't believe that he was shortlisted to join the one-month bubble training in Ilocos Norte with the national beach volleyball team pool from May 15 to June 18.

The bubble training is part of the men's national beach volleyball team's preparations for the 31st Southeast Asian (SEA) Games on November 21 to December 2 in Hanoi, Vietnam.

Sarte, a former Holy Cross of Davao College (HCDC) varsity standout, in a Facebook interview with this writer, said, "Naay times Maam na dli pako katoo na maapil ko sa national team kay akong focus lang is always nako ihatag ang 100 percent sa training tapos diri na diay ko dalaon sa akoang paningkamot. Murag makaingon ko na one step nalang gyud dream come true na (There are still times that I could not believe I'm already part of the national team since all I focused on eversince was to give my 100 percent during training. And this is where all that hard work brought me. I'm one step away to fulfilling my dream)."

The 26-year-old Philippine National Games (PNG) 2018 men's beach volleyball silver medal performer tried out for the national training pool team on April 30, 2021 at the Subic Bay Beach Volleyball Center in Olongapo City. Since then he has not been able to come home.

He managed a small business when he graduated in 2017. He continued to compete in tournaments even after graduation. Aside from his PNG stint, he also played for the Philippine team in the FIVB World Tour held at the Mall of Asia Arena in 2018.

The SB approved Resolution 166, Series of 2021, giving him a financial assistance of P50,000 chargeable against the Physical Fitness and Sports Development under the Office of the Mayor.