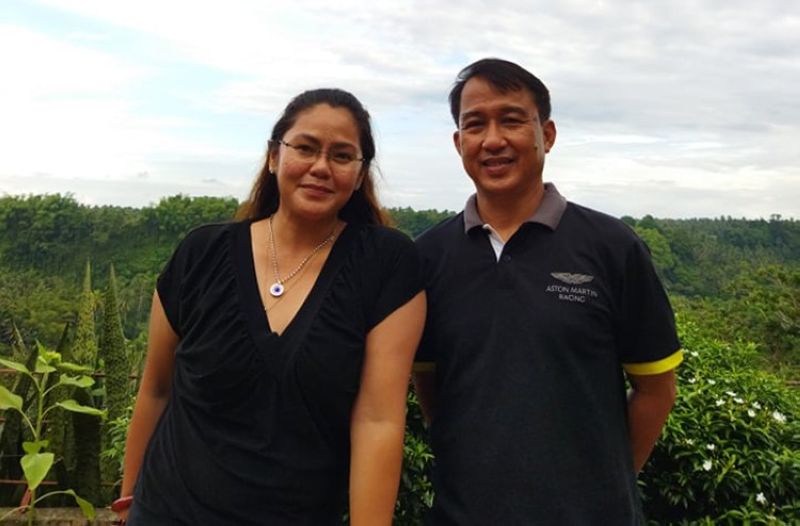 HAVING a purpose in life is what makes us hopeful and keeps us going, especially if that purpose is to help others live independently and sustainably.

This is what partners Narciso Ponce Jr. and Cherrylin Casuga found after they established an integrated farm school in Davao City.

"At first, we didn't envision to help the farmers. When I attended training, seminars, and workshops, some of our government agencies advised us to put up a learning site and accredit it with Tesda. But now that we have already established the farm school, we realized that our goal is to help our farmers not just on the technical know-how but on how to make them live sustainably through farming," Ponce said.

"Tayo kasi, we tend to point the blame on someone/something kasi yan ang mas madali. We forget to make or become the solution ourselves sa problem. So, we found a solution and that would be awareness, education, and at the same time aside from training and development, access to market, logistics, technology, innovation, and of course the financial, access to loans. I'm speaking for the farmers, kasi because of what we're doing we are now part of the community of the farmers," Casuga added.

She said those are the sentiments of the farmers, both the old and the young, which often are also the main factor the new generation does not see farming to be an attractive profession, and it has to stop and it has to be better now.

Ponce and Casuga are the owners of the Casuga Integrated Farm School in Marilog, Davao City.

Casuga said that through the training they conducted to their farmer-students and linking them with the concerned government agencies such as Agricultural Training Institute (ATI), Department of Agriculture (DA), Bureau of Fisheries (BFar) and Tesda, for their capacity-building they will learn their strengths and weaknesses so that they could work on it for their advantage.

"Yun po ang nakikita namin, yung gap sa access to market, logistics, price, kasi minsan hindi na ang farmers ang nagdidikta kung ano ang price nang produce nila (sometimes the farmers are not the ones dictating the price of their produce). We're not totally against or want to ban the traders, but we, as consolidators of the farmers' products, would like the consumers to know that these products are available. Kami nalang po ang lalapit sa inyo kasi hindi po nakakaabot at ayaw naming mapunta lang sa wala ang tinatrabaho nang ating farmers (We will personally go to the consumers as farmers’ produce don’t get to you and we don’t want the efforts of our farmers go to waste)," she said.

Through their school, the partners become committed to be the "big brother" of the farmers not just in linking them to the market but in everything they need: from seeds, fertilizers, through DA or other government agencies, and linking them to proper financial institutions to access loans for their capitalization, and most especially teach them how to use their loan proceeds efficiently.

Ponce also recalled through experience that farmers often misuse their funds coming from loans they get from financial institutions because they lose focus on what their loans are meant for.

"When they plant vegetables, which run for around three months before they can harvest, the tendency is farmers use portions of their loans for their daily needs, which should not be the case. That is why we teach integrated farming," he said.

Thus, they intervene not just by teaching the farmers what to do and what not to do, they also aim to assist and provide other means of income, such as "loaning" them layering hens so that they could cope with the gaps between planting and harvesting period.

He added that monitoring is also their means of interventions, which he sees as what is lacking in our system at the present.

"We monitor them to ensure their sustainability, to give proper interventions so that they continue to farm and continue to grow food for our table or else their problem will continue to persist and the cycle never stops; farmers getting loan, nalugi kay na-divert sa laing butang ang funds (but lost in the business because their funds were diverted into something else), and re-apply for loan again and then again," Ponce said.

In this way, when the farmers can already stand on their own, they themselves can also help other farmers and it will create a ripple effect.

Casuga for her part said they aim for a multiplier effect which is why they assist the farmers in whatever way they can because it is one way to ensure the sustainability of the livelihood of the farmer.

"We are here not just to 'give the farmers a fish' but 'to teach them how to fish.' We want them to know how to manage and sell their products, to become agripreneurs, and to make them become trainers and become employable," Casuga said.