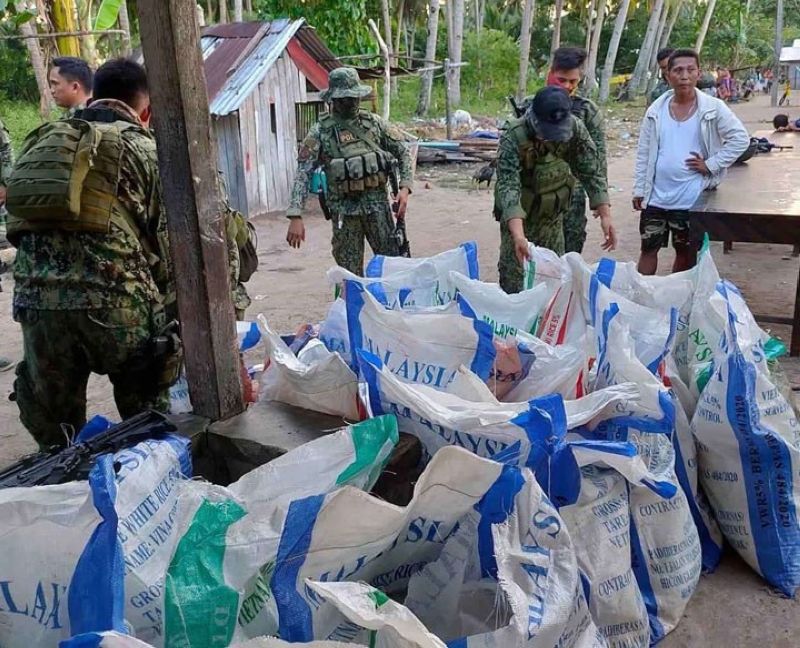 ZAMBOANGA. Policemen arrest a carpenter and seize several bomb-making components in a law enforcement operation Saturday, May 29, at Purok 1 in Pulo Mabao village, Olutanga, Zamboanga Sibugay. A photo handout shows the sacks of ammonium nitrate, which is among the bomb-making components, seized by the police from the suspect. (SunStar Zamboanga)

A CARPENTER was arrested while several bomb-making components seized in an operation in the province of Zamboanga Sibugay, the police reported Saturday, May 29, 2021.

Larubis said that Asamudding was arrested in a police operation by way of service of search warrant for violation of Republic Act 9516 for unlawful manufacture, sale, acquisition, disposition, importation or possession of an explosive or incendiary device around 7:20 a.m. Saturday at Purok 1 in Pulo Mabao village, Olutanga, Zamboanga Sibugay.

He said the arrested suspects and the confiscated items were places under the custody of the Olutnga Municipal Police Station for proper disposition. (SunStar Zamboanga)