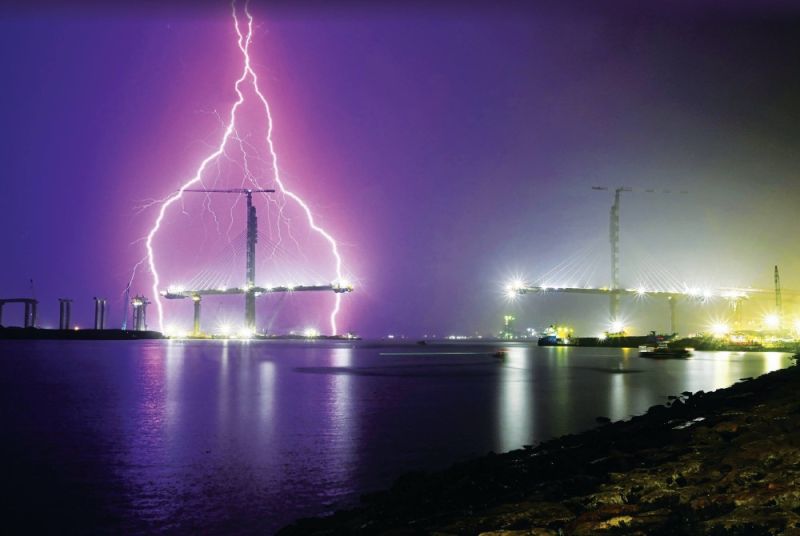 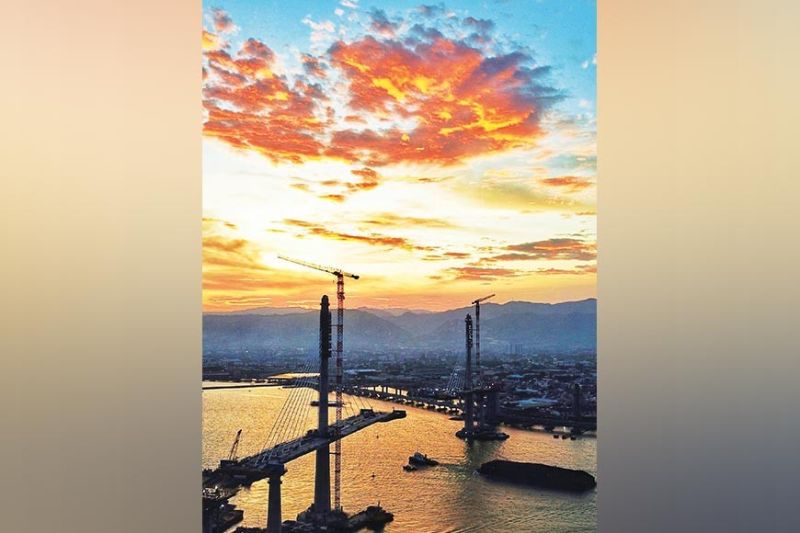 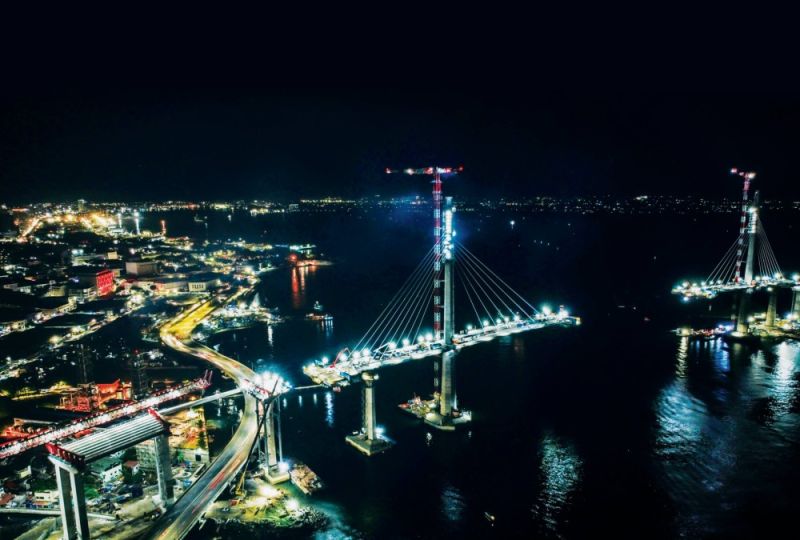 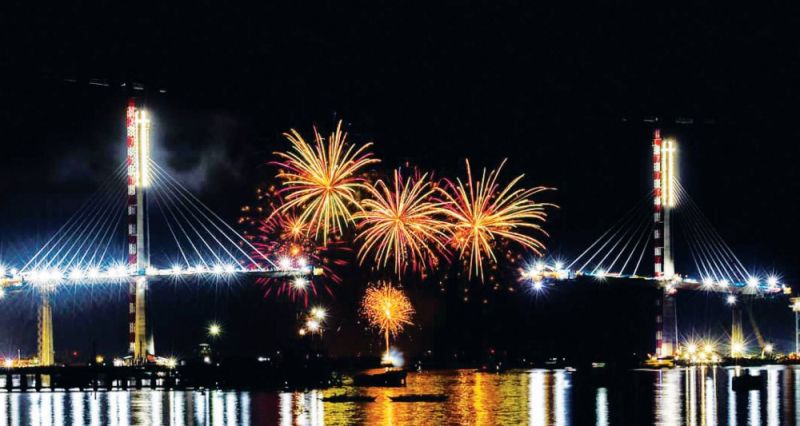 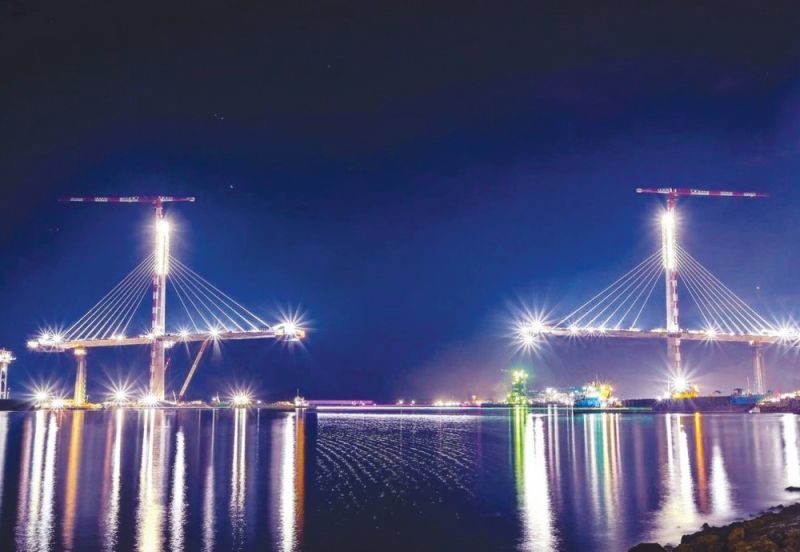 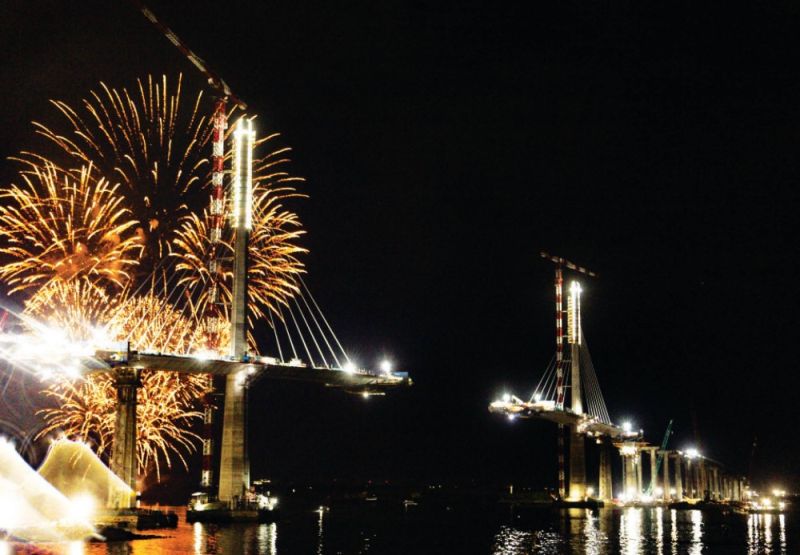 A PHOTO of lightning illuminating the Cebu-Cordova Link Expressway was chosen as the winner of the CCLEX Social Media photo contest.

The photographer, Nestor Vince II A. Nardo, won first place in the General Category and was also a finalist in the Switch-on Category.

Nardo, a 35-year-old employee of a clinical process outsourcing (CPO) company, had gone with his mother and sister to the ceremonial lighting of the CCLEX crosses on April 15, 2021.

Nardo said he has always been interested in the arts since he was a kid. He dabbled in painting, sketching, scale modeling, and music. His interest in photography started when he got a Sony Ericsson Cybershot phone in college. He said his interest is in street, astro and landscape photography.

When he spotted an Instagram post about the CCLEX photo contest, Nardo said, he decided to join. His mother Vivian and sister Nikki decided to accompany him during the switching on of the CCLEX crosses because they also wanted to watch the event.

Nardo said they positioned themselves at the Plaza Independencia near the entrance to the Cebu South Coastal Road. They got wet under the heavy rain and thunderstorm during the lighting ceremony.

Nardo said he got lucky because he was able to capture lightning illuminating the CCLEX.

But more important is, Nardo said, his family enjoyed the event.

Placing second to Nardo is Allan Cuizon, a pioneer in drone photography in Cebu. Cuizon was a photographer for SunStar Cebu for years and had shot some of the iconic images of events in Cebu and the region.

He took aerial photos of the aftermath of the Bohol earthquake in October 2013 and Super Typhoon Yolanda in November 2013, using a drone that he had assembled.

Cuizon, who now works at the Cebu City Public Information Office, used an old DJI Mavic Pro drone when he took photos of the CCLEX in the afternoon of April 26.

He said he was planning a sunset shot but the mountains blocked the light and he did not like the photos he took on landscape orientation. When the low battery warning sounded, he tried portrait mode and liked the result.

Placing third is Mark Anthony Cosep, an IT graduate who works as an online marketing team lead. Cosep spends weekends and holidays taking photos, which can be seen on his website www.laagtabai.com and Facebook page laagtabai.

Taking the grand prize in the Switch-On Category for photos taken during the ceremonial lighting of CCLEX crosses is Francis Gonzaga with his image of fireworks and the lighted crosses.

Apart from Nardo, the other finalist in the Switch-on Category is Ariel Lim, who meticulously planned his shots for the lighting of the CCLEX crosses.

He was encouraged by his best friend and fellow photographer Marvin Bucao to join and they picked three spots for their photos.

They started at the old Malacañang sa Sugbo where the downpour caught up with them. Wearing a raincoat and using an umbrella, they walked to the South Road Properties (SRP) and crossed the Cebu South Coastal Road (CSCR) on foot to transfer to the second spot (their plan B) at the SM Seaside City.

On their way there, however, fireworks started lighting up the sky. This was their shot.

“I wanted to show the balance between the darkness of the background and the light of my subject with more emphasis on the light. Light is a significant symbol of Christianity and the cross for the Catholics,” Lim said.

“This photo shows that there is hope through light in the darkness,” he said. He thanked the photo contest organizers.

The Cebu Cordova Link Expressway Corp. (CCLEC) held the photo contest in appreciation of the many beautiful images of the CCLEX posted on social media.

Employees and officers of CCLEC picked the winners.

“Congratulations to all the winners! We want to express our heartfelt thanks to all those who joined,” said CCLEC president and general manager Allan Alfon.

“We appreciate those who take photos of our toll bridge expressway project and post them on their social media accounts. The work you put into taking the images of CCLEX is really heart-warming. These photos not only inspire us who are working on the project, but also those with whom you share them,” said Alfon.

“By taking and sharing these beautiful photos, you make Cebuanos both here and abroad experience through your images this new landmark that will change the landscape of Cebu, boost economic activities, and help uplift the lives of its residents,” Alfon said.

CCLEX is a P30 billion toll bridge that will link mainland Cebu from the South Road Properties in Cebu City to Mactan Island through the Municipality of Cordova.

Set to be a new landmark in the country, CCLEX will have two lanes in each direction that will provide a safe, quick and scenic passage of about 50,000 vehicles every day. It will decongest traffic at the Marcelo Fernan Bridge and the Mandaue-Mactan Bridge.

CCLEX is a project of the CCLEC, in partnership with the local government units of Cebu City and the Municipality of Cordova.