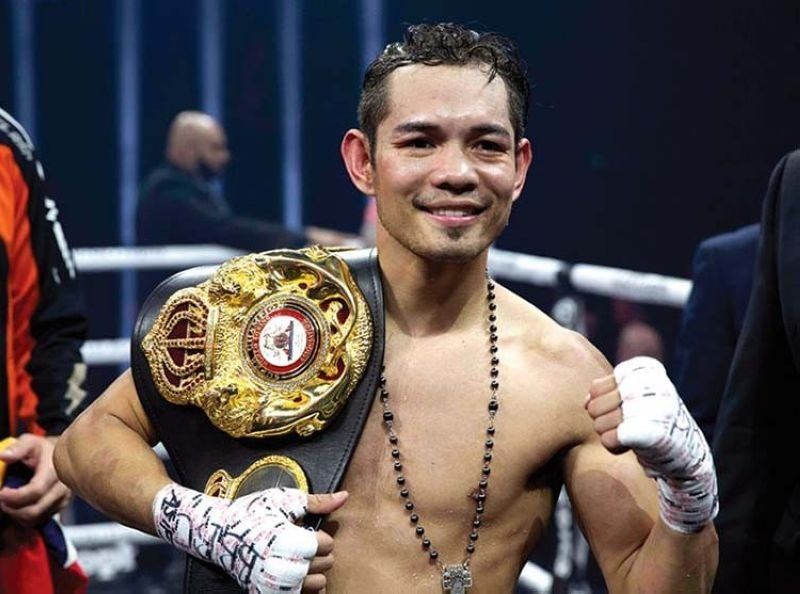 Donaire Jr. didn’t look anything like a 38-year-old fighter who’s at the twilight of his long boxing career. He was more like his younger self and attacked with power and precision.

Donaire Jr. landed that same counter left hook, that made him famous against Vic Darchinyan 14 year ago, on Oubaali in the third round and dropped him to he canvass for the first time.

He knocked Oubaali down again right at the bell with that same powerful left hook. Oubaali, however, beat the 10-count of referee Jack Reiss and survived to fight another round.

Oubaali came into the fourth looking wobbly on his feet. Donaire Jr. sensed that the end was near and was very patient with his attack. He tagged Oubaali with a left hook, followed by a right straight, then finally the left uppercut that knocked him out.

Reiss stopped the fight at the 1:52 mark of the fourth.

Donaire Jr. became the oldest boxer to win a bantamweight world title with the win over Oubaali.

“It’s the ability to grow and not about the age. I learned mentally with the Inoue fight. The whole time I was fighting him I was learning. I’m back,” Donaire Jr. said after the fight.

Donaire Jr. improved to 41-6 with 27 knockouts, while the 34-year-old Oubaali suffered his first career defeat and dropped to 17-1 with 12 knockouts.

“This is why I wanted this fight,” said Donaire Jr. “I want to become the undisputed champion. That’s the next phase, a rematch with (Naoya) Inoue.”

Donaire Jr. lost to Inoue in 2019 in the finals of the World Boxing Super Series bantamweight tournament in Tokyo, Japan.