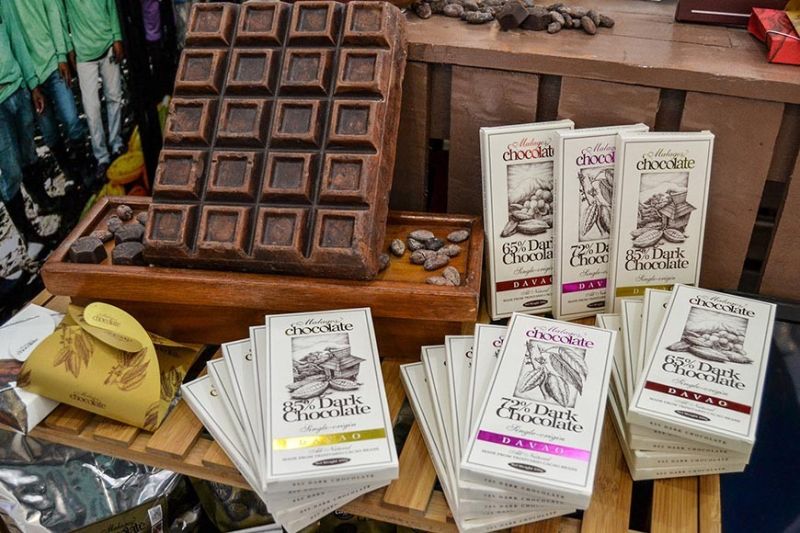 AN INDUSTRY leader in the cacao industry said the recent declaration of Davao City as the Chocolate Capital of the Philippines and the entire Davao Region as the Cacao Capital will boost the local cacao industry.

On May 27, President Rodrigo R. Duterte signed into law Republic Act 115471. The bill was crafted to recognize "the importance of cacao as a driver of rural development not only because of its singular potential as a raw material that can increase the country’s export earnings tremendously, and put the name of the country on the map for producing the finest chocolate beans but for having provided livelihood to many small farmers in the countryside."

Davao City was declared as Chocolate Capital and Davao Region as Cacao Capital in recognition for being the country’s biggest producer of cacao and its vital contribution in making the Philippines world-renowned and sought after by chocolate makers from the US, Japan, and Europe.

"It can boost the marketing of the brand of Davao chocolate... It also boosts the industry as a whole," Val Turtur, Cacao Industry Development Association of Mindanao Inc. (Cidami) president, said in a phone interview with SunStar Davao.

He said RA 115471 being signed into law will also boost the morale of cacao farmers in Davao Region.

Turtur added that this will also allow the cacao industry in the region to request additional support.

"There is a big hope from our side, the industry, that the government will release funds for the cacao and chocolate industry," he said.

Turtur said this will also attract businessmen to invest in the cacao industry of Davao Region.

RA 115471 was passed in the Senate on March 8, 2021 as Senate Bill 1741 (SB 1741). The bill was authored by Senator Cynthia A. Villar, chair of the Senate Committee on Agriculture. It was also co-authored by Senators Christopher Lawrence "Bong" Go and Ronald dela Rosa, both from Davao Region.