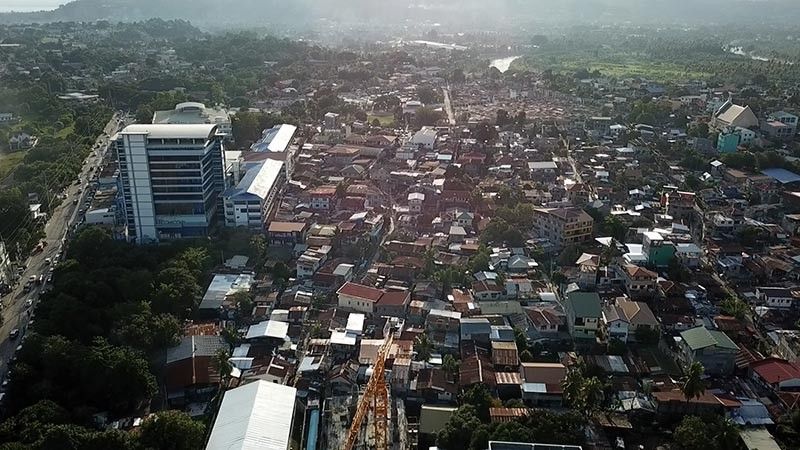 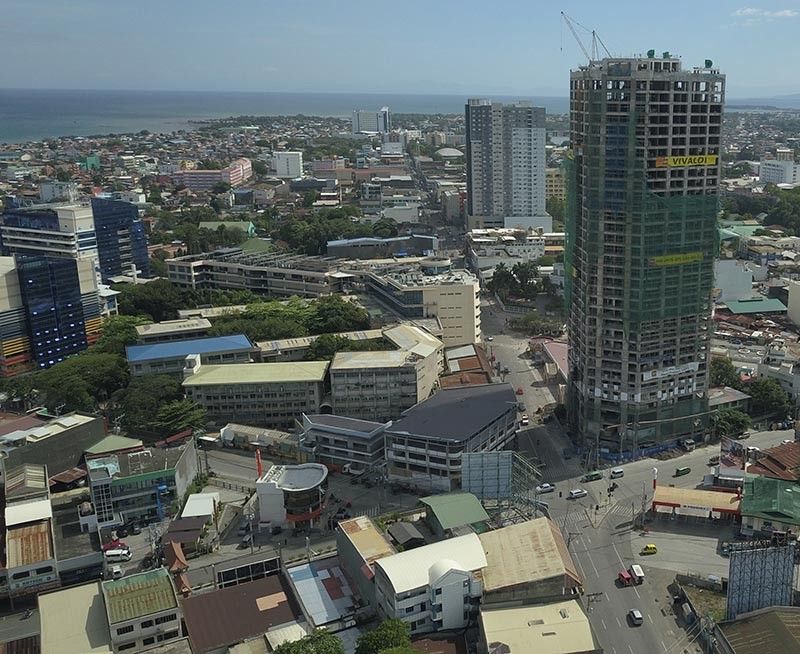 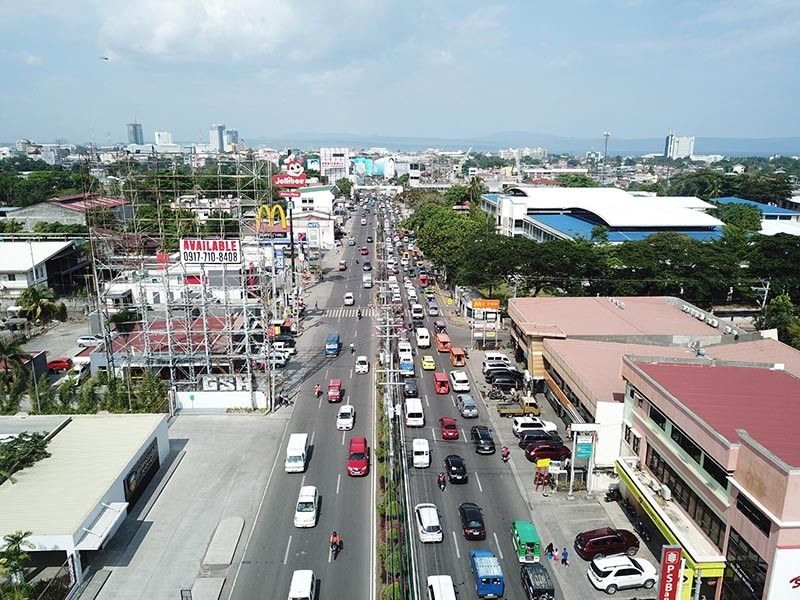 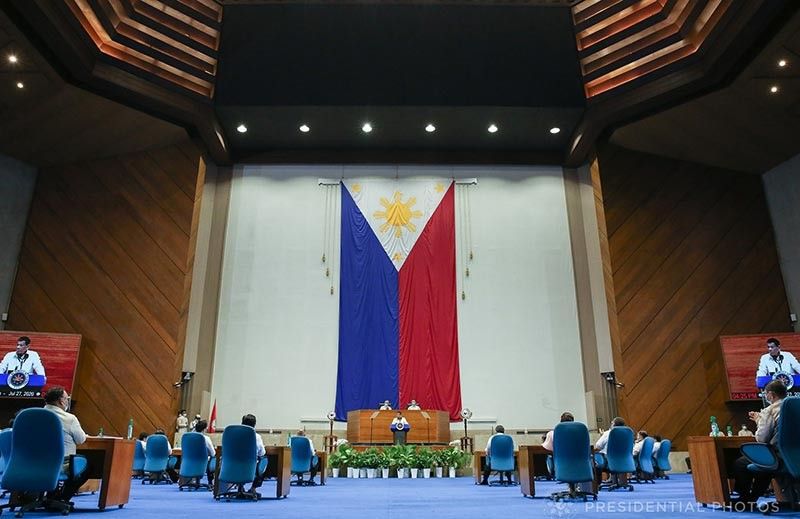 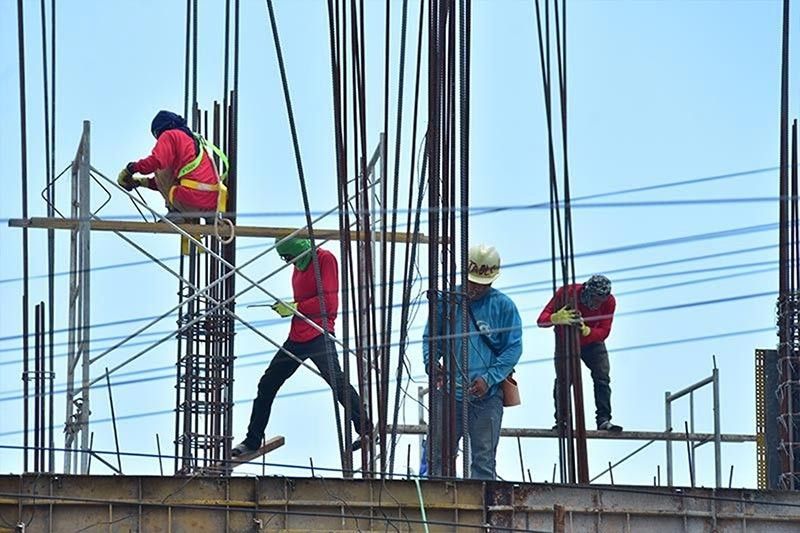 ON MARCH 25, 2021, the bill creating the Metropolitan Davao Development Authority (MDDA) was passed on the third and final reading following the deliberations of the House of Representatives.

The bill, which aims to focus on the socio-economic opportunities for the entire Davao Region, was hurried and unhampered amid the ongoing crisis brought about by the Covid-19.

Davao City Third District Representative Isidro Ungab, proponent of the bill, bared this proposal during his oath-taking speech on June 21, 2019, at the Sangguniang Panlungsod.

Ungab said his proposal for a metropolitan area would further unite all Davao provinces into one region.

Prior to Philippine independence in 1946, the entire region was a single province called Davao Province, with Davao City serving as its capital.

According to Ungab, the old Davao Province was established in 1915 during the American occupation, wherein its capital town Davao became a city in March 1936 through Commonwealth Act No. 51, passed by the Philippine Assembly, authored by then Davao Assemblyman Romualdo Quimpo and signed into law by the late President Manuel Quezon.

The region started to subdivide after his term in 1965, with the late Vicente Duterte, father of then Davao City mayor, now President Rodrigo Duterte, being the last governor under a single province of Davao.

Similar to the Metropolitan Manila Development Authority (MMDA), MDDA's legality is in accordance with the Philippine Constitution, whereas Article X, Section 11 states, “The Congress may, by law, create special metropolitan political subdivisions, subject to a plebiscite as set forth in Section 10 hereof.”

Also, “the component cities and municipalities shall retain their basic autonomy and shall be entitled to their own local executive and legislative assemblies. The jurisdiction of the metropolitan authority that will thereby be created shall be limited to basic services requiring coordination.”

According to House Bill 8930 or “An Act Creating the Metropolitan Davao Development Authority (MDDA), Defining Its Powers and Functions, and Providing Funds Therefor,” the MDDA will coordinate and promote socio-economic growth and sustainable development.

It shall also perform planning, implementation, monitoring, and coordinative functions and exercise regulatory and supervisory authority over the delivery of area-wide services within Metropolitan Davao.

Ungab said the body aims to ensure the rational development and efficient delivery of basic services in Davao City and its adjoining cities through the creation of MDDA.

Considering the rapid urbanization of Davao City and the increasing population of other cities in the city, in addition to the spatial, functional, and economic interdependence of the other cities and municipalities in the region, there is a need to create a special development and administrative region, to be known as Metropolitan Davao.

Among the specific coordinative functions of the MDDA are the policies, programs, projects, activities, and delivery of common services, such as development planning, transport management including mass transport, solid waste disposal, flood control, urban renewal, zoning, and land use, health and sanitation, public safety and related infrastructure.

However, this will not diminish the autonomy of each LGU and the Regional Development Council (RDC)-Davao.

Ungab said MDDA will be under the direct supervision of the Office of the President.

"The bill is guided by the Philippine Development Plan (PDP), particularly by the PDP 2017-2022, which incorporates a National Special Strategy that sets the direction of the physical development of the country," Ungab said during the Davao City Chamber of Commerce and Industry Inc. 5th General Membership Meeting virtual presser on Friday morning, May 28.

The NSS seeks to decongest the National Capital Region (NCR) and direct growth to the key centers throughout the country where the benefit of agglomerations can have greater potentials of being realized sooner.

Metropolitan Davao is one of the metropolitan centers mentioned in the PDP to be considered as a major international gateway and will serve as Mindanao's premier commercial hub and center for education and health services.

"It is explicit in the Philippine Development Plan that the institutionalization of the Metro Davao Development Authority will strengthen coordination among the component cities and municipalities in the planning, implementation, and monitoring of priority programs and projects," Ungab said.

The proponent said he is confident that the enactment of MDDA will bring change in the socio-economic landscape, growth, and development in the entire region.

With his experience as a lawmaker, he noticed that four regions in the country garner the “lion share” of the budget: NCR, Central Luzon, Calabarzon, and Bicol Region.

Since 2007, Ungab has already studied the yearly appropriations wherein Manila, being the “seat of government,” gets a higher chunk of the budget.

Ungab noted that MMDA has a separate budget for infrastructure, drainage, disaster management, traffic, and other operational expenses.

He added that almost all former presidents after Ferdinand Marcos came from Central Luzon, which explains why the region also has a big budget allocation.

The bill is also one of the initiatives of the Metropolitan Davao Development Coordinating Committee (MDDCC), a special committee under the RDC-Davao. The MDDCC is chaired by Davao City Mayor Sara Duterte-Carpio.

Duterte-Carpio said the proposed MDDA will empower every LGUs in the region, especially during the time of a pandemic.

"In a pandemic, if the authority is given all the powers that it needs to control the outbreak or pandemic, then it will be very useful.

In a press release, MDDCC recently approved the Terms of Reference for the formulation of a comprehensive and sustainable urban master plan for Metropolitan Davao during its first quarter meeting conducted on February 21, 2020, that was presided over by Duterte-Carpio.

The mayor said the urban master plan shall support the realization of the vision for Metropolitan Davao of becoming “a highly industrialized and globally competitive metropolis with highly-skilled and productive human resources, both men and women, and diverse but cohesive communities living in a safe, climate-resilient environment with modern and efficient infrastructure, sustained by governance that promotes equal opportunities for all.”

Following the passage in the lower house, Ungab said the bill will now undergo deliberation in the Senate.

Considering the time constraints, with only months before President Rodrigo Duterte ends his term, the representative said they are eyeing that the bill will be passed in order to be enacted as a law.

Ungab is hopeful that the proposed measure will be signed into law before President Rodrigo Duterte ends his term in mid-2022.

"I hope this will be passed during the incumbency of President Duterte para masugdan dayon, mahabol unta sa (so we could start and be included in the) 2022 budget," Ungab said.

If the bill will not pass, Ungab is hoping that the next administration will be supportive of the measure.

With almost all of the congressmen signed to co-author the bill in the lower house, he is optimistic that Duterte will be able to sign the law once the Senate approves it.