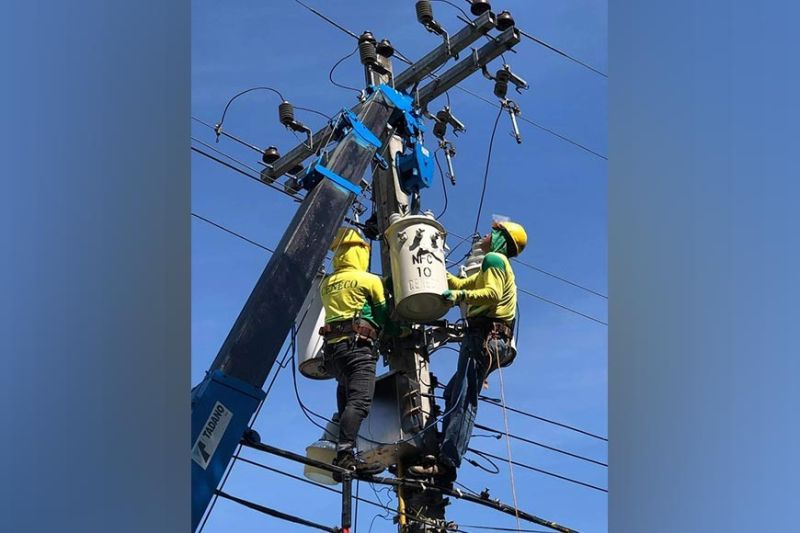 THE concern on the alleged overpriced extended power supply contract entered by Central Negros Electric Cooperative (Ceneco) with Kepco Salcon Power Corp. (KSPC) has already been raised to the Department of Energy (DOE).

In a letter to Energy Secretary Eduardo Cusi dated May 29, 2021, a copy of which was obtained by SunStar Bacolod, Power Watch Negros Advocates Secretary General Wennie Sancho is asking the DOE top official to look into the matter that would have an adverse economic impact on the consumers.

Sancho told Cusi that the decision of the Ceneco Board of Directors on the “short-term extension” was made notwithstanding the fact that in the meeting on April 12 of the Competitive Selection Process (CSP) on the procurement of 20 megawatts (MW) baseload supply requirement for 2021 to 2031, there was already a lowest calculated bid of P3.2929 per kilowatt-hour (kWh) from KSPC.

“The Ceneco Board failed to act on this vital concern. Instead, they opted to close this short-term extension at the price of P5.42 to P5.58 per kWh,” Sancho said.

Sancho, also the member-observer of the Third Party Bids and Awards Committee, added that “the bidder with the lowest calculated bid should be notified through email regarding the post-qualification and to submit post-qualification requirements three calendar days after the receipt of the notice.

“The Board failed to act on this recommendation by the Third Party Bids and Awards Committee but instead decided to extend the contract,” he said.

Ceneco, which caters to the largest number of electric consumers in the province including those in cities of Bacolod, Bago, Talisay and Silay, and towns of Murcia and Salvador Benedicto, earlier accepted the proposed one-year extension of contract with KSPC at a reduced capacity of 20 MW.

The previous 10-year power supply agreement with the Cebu-based coal-fired power plant ending May 2021 was 40 MW.

Its acting general manager and project supervisor lawyer Dan Pondevilla said this is the most practical and beneficial on the part of the consumers.

“Contracting just 20 MW, and not 40 MW, will enable us to maximize our supply and reduce our power rates,” he earlier told SunStar Bacolod.

On Thursday, May 27, Engineer Norman Pollentes, corporate planning division manager of Ceneco, said the extended contract cost is similar to that of the existing power supply agreement with the power generation utility.

If based only on KSPC's power cost of P5.58 per kWh inclusive of value-added tax (VAT) for May 2021, the cost of the one-year power contract extension would be about P977.6 million.

Pollentes, however, said the price may vary depending on several factors like consumer’s price index (CPI), foreign exchange rate and fuel cost fluctuations.

Sancho, in his letter to the DOE furnished to President Complaint Center Director Jaime Llaguno Mabilin, said they cannot understand the logic as to why the Ceneco Board and management decided to accept a power supply agreement with a price higher than what was previously bid.

The consumer group leader said the difference of P2.13 or P2.29 would result in millions of pesos if multiplied by the volume per kWh and this will be a financial burden for all Ceneco consumers amid the pandemic.

“Ceneco should have chosen the just and reasonable price that would lower the cost of payments for our monthly electric bills,” he said, adding that “unfortunately, we believe that the Ceneco Board who approved this power supply agreement failed to protect the welfare of the consumers whom they had sworn to serve.”

Ceneco president Jojit Yap, in a phone interview with SunStar Bacolod last week, said there was no overpricing as the cost was still based on the existing contract with KSPC.

Yap recalled that there was actually a protest from another group, Konsyumer-Negros, particularly on the terms and reference of the power supply agreement that the cooperative was about to enter with the power generation utility.

“Though there was already a bidding, the Board acted to the concern raised by Konsyumer-Negros by forwarding it to the DOE,” she said, adding that though the agency has acknowledged the receipt of the concern, it has yet to answer on the matter.

“We cannot just rely on the Wholesale Electricity Spot Market (Wesm) as the cost of power there goes up and down,” Yap said.

Yap said they looked for other suppliers as options who can provide for a lower rate but only for a 20 MW supply.

Yap said, “it is not our fault because we cannot afford to pursue the bidding process without having the decision of the DOE on the protest of Konsyumer-Negros.”

The Ceneco official said aside from extending the contract with KSPC for another year and sourcing the power from Wesm with volatile prices, another option the cooperative can actually take is to have a shortage of 20 MW.

“So, we chose the first option which is to extend because at least the price is the same with what we have been procuring from KSPC,” Yap said.

"Besides, the power rate for the consumers will possibly lower down by P0.70 to P1 per kWh because the contracted load was reduced at 20 MW only," she added.

The Power Watch is keen on bringing the issue up to the national government.

Aside from raising it to the DOE, it will be seeking an inquiry at the House of Representatives.

Sancho said they are tapping the help of Negrense congressmen mainly Negros Occidental Third District Francisco “Kiko” Benitez to push for a congressional inquiry regarding the alleged overpriced power deal between Ceneco and KSPC.

“We will push for the congressional inquiry after the DOE can respond to the concern we raised,” he said, adding that “we are now talking of the price of electricity in general which will affect all sectors -- business and consumers -- and so it is just proper that our legislators should know what is going on.”

Sancho further said issues in the power industry like overpricing will affect the economic survival amid the prevailing coronavirus disease (Covid-19) pandemic.

“It will compound the existing problems during this crisis. We cannot swallow it hook line and sinker, it’s too much,” he added.

The consumer group leader lamented that Ceneco could have spared consumers from paying millions if they had exercised prudence by choosing P3.29 per kWh.

The economic ramifications cannot be understated, he said.

For the local business sector, the bidding, through CSP, for the 20-MW power supply was a dilemma for the electric cooperative.

Carbon, also the vice president of the Philippine Chamber of Commerce and Industry for the Visayas, said reduced electricity bills among household consumers will translate to more food on the table, prevention of malnutrition, and avoidance of deepening poverty problem.

“The last two, if not prevented, the damage could be irreversible,” he added.

For the business, reduced electricity bills could result in the survival of small entrepreneurs, more job opportunities generated, quick economic recovery, and attraction of more investors.

Carbon said Ceneco’s prompt action will contribute to the prevention of hunger and the increase of crimes, and the medium-term positive effects for the utility are more consumers and increased revenues.

The business leader believed that more consumers will further reduce electric bills and increased revenues will provide funds for Ceneco to improve its services.

“[It is] a win-win proposition,” he said, adding that “in the future, we hope Ceneco, as a public utility institution, would do some consulting with the business community especially on matters involving general public interest.”