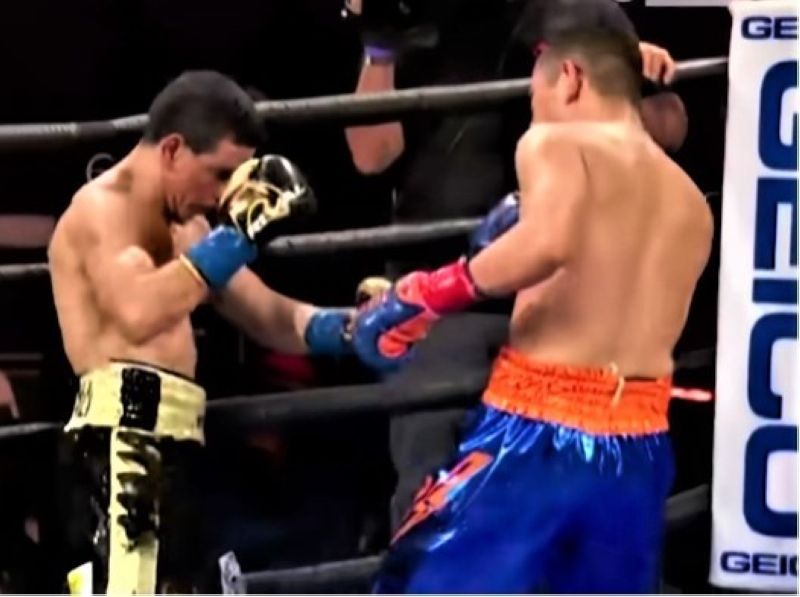 SPORTS. Pinoy champion Nonito ‘The Filipino Flash’ Donaire (right) landing a left hook against Nordine Oubaali of France in the 3rd round of their WBC Bantamweight title match on Sunday. (Screenshot from the Showtime Youtube Video)

Doinare, the oldest champion in the bantamweight division at 38 and fighting his 20th world title, came out tactically patient against Oubaali until he found the opportunity to take down the French champion in the third.

In the fourth, the Filipino finally end the scheduled 12-round battle with a solid left uppercut sending Oubaali back on the canvas for the third time and eventually gave the French the first loss of his career.

The Filipino champion improved his record to 41 victories with 27 by knockouts and 6 defeats while Oubaali had 17 wins and a loss.

For Games and Amusements Board (GAB) Chairman Abraham Kahlil "Baham" Mitra, Donaire's victory is another Filipino pride and obviously, a crucial triumph to motivate our boxers who are fighting inside and outside of the ring amid pandemic.

“Boxing is recovering as the reputation of Filipino boxers remains at the top level. We are proud that once again a Filipino proved to be the Best in the world. We hope that he can be a shining example to the youth and other Boxers,” Mitra stressed.

“He is so focused in the fight, and moved like in his early 30s,” he said.

“I do [know] very well that Oubaali can’t handle Donaire’s strength,” expressed Villanueva, who once lost to the Oubaali 2 years ago. “I even wanted a rematch with him because, I know I have a chance to win with the right preparation and strategy,” he added.

Following his victory, Donaire is looking on a rematch against Japanese Naoya Inoue who defeated him in 2019 via unanimous decision for the World Boxing Association Super World Bantamweight and International Boxing Federation World Bantamweight titles held at Super Arena, Saitama in Japan.