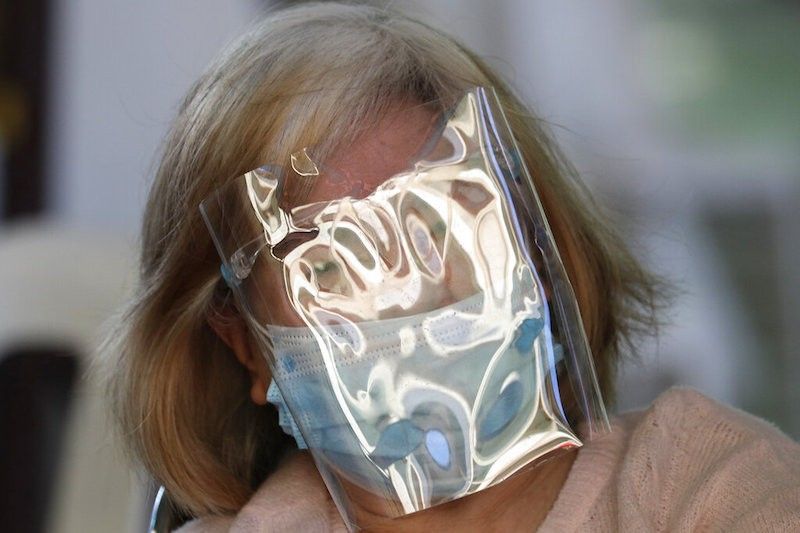 MANILA. An elderly woman wearing a face shield and protective mask to prevent the spread of the coronavirus waits after being inoculated with the Sinovac Covid-19 vaccine in Quezon City in this photo taken on May 14, 2021. (File)

A GROUP of experts convened by the World Health Organization (WHO) has recommended the use of Greek letters in referring to Sars-CoV-2 variants for easy recall among non-scientific individuals.

The four variants of concern (VOC) may now be referred to as Alpha, Beta, Gamma and Delta variants, according to a WHO statement issued on early Tuesday, June 1, 2021 (local time).

The variant of interest (VOI) first detected in the Philippines, P.3, will be known as Theta.

Other VOIs will go by Epsilon, Zeta, Eta, Iota and Kappa.

Based on the WHO definition, a VOC has been demonstrated to be associated with one or more of the following: increase in transmissibility; increase in virulence or severity of disease; and decrease in effectiveness of diagnostics, vaccines, therapeutics.

A VOI has mutations that (VOI) that cause community transmission/multiple Covid-19 cases/clusters, or has been detected in multiple countries. A form of the virus may also be designated as VOI based on WHO’s assessment in consultation with its Sars-CoV-2 Virus Evolution Working Group.

In the Philippines, authorities have detected the Alpha, Beta, Gamma, Delta and Theta variants.

The WHO said the established nomenclature systems for naming and tracking Sars-CoV-2 genetic lineages by GISAID, Nextstrain and Pango will remain in use by scientists and in scientific research.

GISAID is a global initiative that provides open access to genomic data of influenza viruses and Sars-CoV-2 while Nextstrain is an open-source project that tracks pathogen genome data.