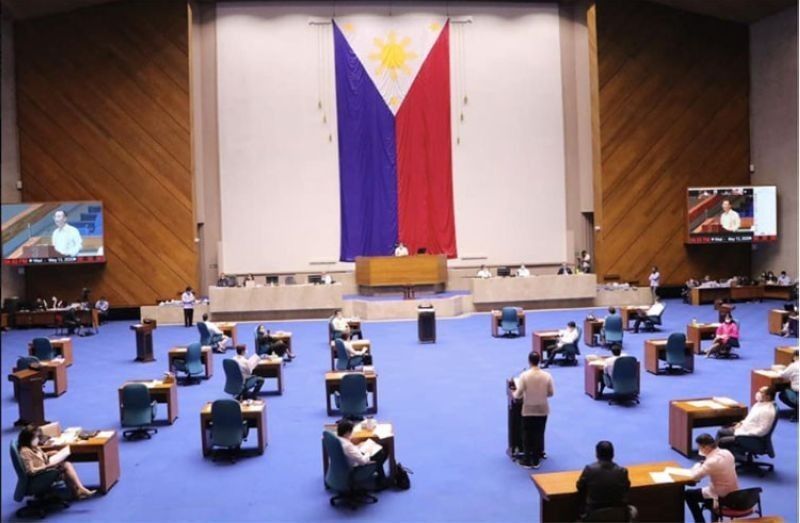 (UPDATED) A joint resolution proposing amendments to the Constitution was approved on third and final reading in the House of Representatives on Tuesday, June 1, 2021.

Resolution of Both Houses 2 received 251 affirmative votes, 21 negative votes and two abstentions. This and the Bayanihan 3 bill were among 18 measures that the House approved on Tuesday, a day before its sine die adjournment.

This measure seeks to amend economic provisions of the 1987 Constitution which lawmakers said have hampered the flow of foreign capital investments into the country.

Specifically, the measure proposes to insert the phrase “unless otherwise provided by law” in Sections 2, 3, 7, 10 and 11 of Article XII (National Patrimony and Economy), Section 4 of Article XIV (Education, Science, Technology, Arts, Culture, and Sports), and Section 11 of Article XVI (General Provisions).

The proposed amendment would pave the way for Congress to legislate measures that remove the restrictions and open up these sectors to foreign ownership.

House Speaker Lord Allan Velasco, in a statement Tuesday evening, said the proposed constitutional amendment is “meant to free up the economy to foreign investors as the needs of the times dictate.”

“As global economies slowly bounce back from the COVID-19 pandemic, the Philippines must be ready to ride the wave or risk being left behind by its Asian neighbors,” he said.

A joint resolution, like a bill, requires the approval of both houses and the signature of the President. It has the force and effect of a law if approved.

Velasco said he hoped the Senate would approve the measure so that it can be presented for ratification during the 2022 elections.

“We hope our colleagues in the Senate will see the wisdom in this measure, and allow Congress to present it to the public for ratification alongside the election of new leaders in the 2022 national elections,” he said. (Marites Villamor-Ilano / SunStar Philippines)