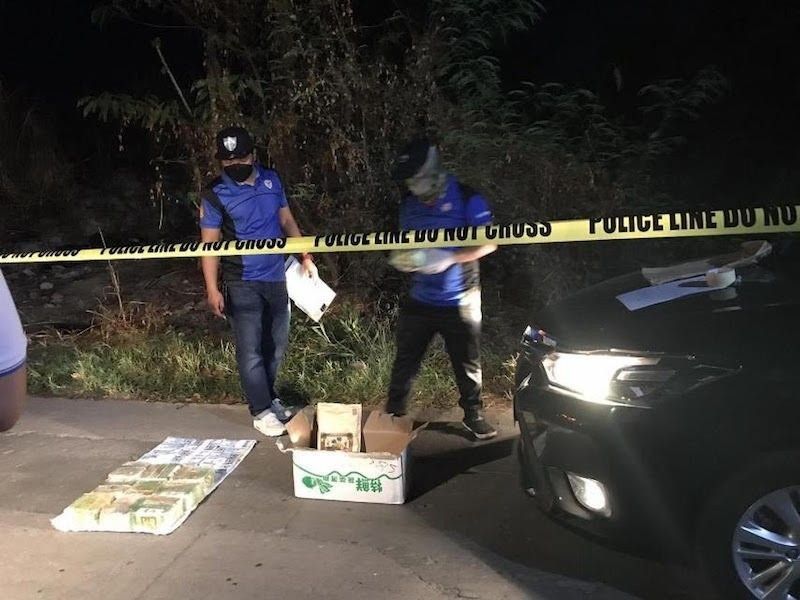 PRESIDENT Rodrigo Duterte on Monday, May 31, 2021, maintained that details of his administration’s campaign against illegal drugs are confidential, and must remain only with the police and military.

He compared the anti-drug crackdown to the government's war against communist New People’s Army guerrillas.

“This is a national security issue like the NPA,” he said.

Duterte said people could inquire about general details of how drug raids were carried out and could even observe them from a safe distance.

“But if you ask what prompted the police and the military to go into this kind of operation based on their reports and collated dossiers, you cannot intrude into that,” he said, adding that he himself has limited knowledge of the drug operations.

Duterte made the statement amid calls by human rights groups to open up police records about the drug killings for scrutiny and for him to agree to an international investigation, a call he has steadfastly rejected.

On May 25, Philippine National Chief Guillermo Eleazar said they have granted the Department of Justice access to 61 records of investigation on drug war killings, in which the PNP Internal Affairs Service had found administrative or criminal liability on the part of policemen.

Eleazar said it would be up to the DOJ whether it would share the information to the Commission on Human Rights (CHR).

For his part, DOJ Secretary Menardo Guevarra said they were granted access to the records so they could review the findings and determine whether criminal charges would be filed against the involved policemen.

He said Duterte’s pronouncement does not necessarily stop the PNP from sharing information with the DOJ.

“My understanding of what the President has been meaning is in the light of the ongoing cooperation between the DOJ and PNP, a proper concern should be given to security matters. In other words, not necessarily related to the review of these case files, hindi naman necessarily yun ang tinutukoy, as far as I’m concerned these are criminal matters, more of a criminal nature than a national security concern,” he said in a virtual press briefing.

“So I suppose that the President really meant that in the general cooperation between PNP and DOJ, much....concerns about national security should be properly addressed. Kailangan mas maging maingat din,” he added.

More than 6,000 mostly petty drug suspects have been killed and 289,000 others arrested since Duterte launched his massive campaign against illegal drugs after taking office in mid-2016, according to official statistics, which human rights groups suspect are vastly understated.

The large number of killings has sparked an International Criminal Court examination of complaints of potential crimes against humanity.

Officials have argued that the country’s justice system could address complaints of extrajudicial killings by law enforcers and that there is no need for international criminal inquiries.

The Supreme Court said in a 2018 resolution that details surrounding police operations against illegal drugs do not normally “involve state secrets affecting national security” like those dealing with “rebellion, invasion, terrorism, espionage, infringement of our sovereignty or sovereign rights by foreign powers.”

The court said it has a mandate to safeguard the people's constitutional right to information on pressing issues. “The undeniable fact that thousands of ordinary citizens have been killed, and continue to be killed, during police drug operations certainly is a matter of grave public concern," the court said.

Duterte acknowledged that the anti-drug crackdown has left many dead and warned that “many more will die.” But he repeated that there was no government policy condoning extrajudicial killings and added that some of the killings of drug dealers were carried out by syndicates to eliminate potential government informants.

“My policemen and my army are trained to kill,” he said, but added, “they are not allowed to kill a man kneeling down or with his back turned.”

Rights groups have warned that such remarks by the President have fostered a culture of impunity in the police force, which Duterte once called “corrupt to the core," and have emboldened law enforcers to commit abuses. (Third Anne Peralta-Malonzo and AP)