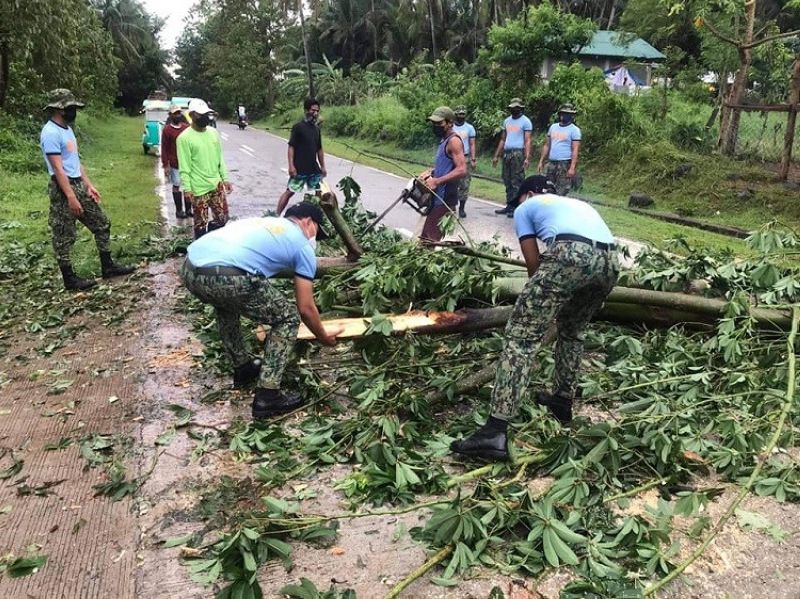 AUTHORITIES on Wednesday, June 2, 2021, reported that at least one person died and two others were missing after Tropical Storm Dante dumped heavy rains that triggered floods in Eastern Visayas towns Tuesday, June 1, 2021.

In the information released by the Police Regional Office-Eastern Visayas, the fatality was identified as Joselita Montemor, 51, married and resident of Sitio Tuburan, Barangay Casiongan, Calubian, Leyte.

Montemor was able to secure her pigs before she was swept by the flood upon crossing the river around 11:20 p.m. Monday.

The cadaver of the victim was brought by her family to their house for interment, according to the responding unit from Calubian Municipal Station led by Major Edwin Tolibas, acting chief of police.

In Barangay Padoga, Calubian, authorities reported that two minors, aged seven and two years old, were missing after their house was damaged by flash floods due to heavy rain in the area around 11:50 p.m. Monday.

Rescue operation for the possible recovery of two missing children is still ongoing, as of Wednesday evening.

As of Wednesday morning, the total number of evacuees reached 183 persons, with 156 in Maasin City, 17 in Matalom town, and 10 in Ormoc City.

At least six evacuation centers were occupied, with four in Maasin City, one in Matalom, and another one in Ormoc.

A total of 15 ships and 374 vehicles were still trapped in the ports of Allen, Liloan, Hilongos, and San Ricardo.

A total of 1,391 persons were also stranded in the said port areas.

The areas that remained without electricity reached 1,370, with one barangay in Southern Leyte, 597 in Eastern Samar, 707 in Samar, 20 in Biliran, 22 in Ormoc, one in Leyte, and 44 in Northern Samar.

No looting was reported during the incident. (SunStar Philippines)