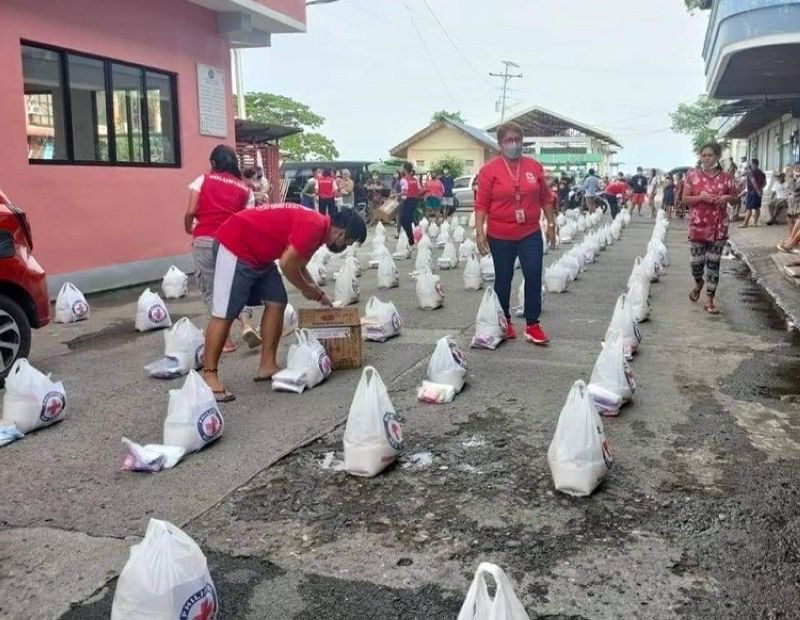 GOVERNMENT and non-governmental agencies, along with private individuals, have launched relief and clearing operations in Maasin City, following the massive flooding brought by the Tropical Storm Dante on Monday, June 1, 2021.

The Philippine Red Cross-Southern Leyte chapter distributed 104 food packs and hygiene kits with brochures on how to be protected from coronavirus disease (Covid-19) to the evacuees in Barangay Tunga-tunga, while used clothing with comforter were distributed in Barangay Basak, which was badly hit by the flood.

The Southern Leyte provincial government, along with the Office of Civil Defense (OCD), held the “Feed a Barangay" nutrition program to the first two beneficiary barangays of Asuncion and Combado, according to Danilo Atienza of the Provincial Disaster Risk Reduction and Management Office (PDRRMO).

Several volunteer groups in the city also launched their own “bayanihan” drives to provide essentials items such as food, clothing, sanitary napkins, diapers, and blankets to the flood victims.

“So far, the City of Maasin has zero casualties and more or less 194 families evacuated as reported by their Punong Barangays of Combado, Tagnipa, Mambajao, Nasaug, Asuncion and Manhilo. There is partial damage at Barangay Combado and Tagnipa,” the mayor said in a statement.

The mayor earlier suspended the classes and work in both public and private establishments in the city “to give way to our assessment and restoration efforts.”

On their second day of relief operation, the number of families/evacuees affected due to the tropical storm has reached 892.