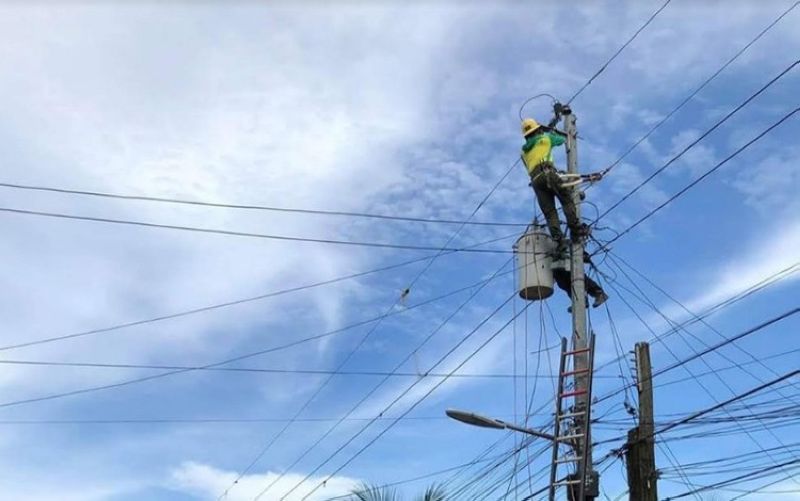 The task force was created to explore opportunities for coordination to address various issues hounding the local power industry like high electricity cost.

Power Watch Negros Advocates’ secretary general, Wennie Sancho, said this is a welcome development for the advocates in the power industry, particularly in their campaign against overcontracting, overpricing and other forms of graft and corruption in electric cooperatives to keep the rates of electricity to be just and reasonable.

Sancho lauded Lacson's effort on taking cognizance of the vital issues in the power industry affecting the lives and livelihood of the people amid the pandemic.

The group also commended the efforts of Metro Bacolod Chamber of Commerce and Industry (MBCCI) Chief Executive Officer Frank Carbon and former governor Rafael Coscolluela, who is now the provincial consultant on energy and development concerns.

"We are happy that the issue of unabated increases in the prices of electricity hounding the electric cooperatives will be brought into the light of public scrutiny," he added.

The creation of Task Force Ceneco by virtue of an Executive Order (EO) was earlier confirmed to SunStar Bacolod by Carbon, who met with Lacson and Coscolluela during the Quarterly Provincial Development Council (PDC) Meeting held at the Provincial Capitol's Social Hall in Bacolod City earlier this week.

Carbon, also the vice president of the Philippine Chamber of Commerce and Industry (PCCI) for the Visayas, said the governor approved the business sector's request for the creation of the task force as they underscored the "very damaging" impact of expensive power cost.

"Overpriced power supply contract will affect households mainly by taking food on the table," he said, adding that it will also prevent businesses to open up and hire more especially during this coronavirus disease (Covid-19) pandemic.

In fact, Power Watch Negros has already brought the issue to the Department of Energy (DOE).

In a letter to Energy Secretary Eduardo Cusi dated May 29, 2021, a copy of which was obtained by SunStar Bacolod, the group asked the DOE top official to look into the matter that would have an adverse economic impact on the consumers.

They told Cusi that the decision of the Ceneco Board of Directors on the "short-term extension" was made notwithstanding the fact that in the meeting last April 12 of the Competitive Selection Process (CSP) on the procurement of 20 MW baseload supply requirement for 2021 to 2031, there was already a lowest calculated bid of P3.2929 per kilowatt-hour (kWh) from KSPC.

The group is also keen on raising the issue to the national government, particularly at the House of Representatives.

Its acting general manager and project supervisor, laywer Dan Pondevilla, welcomed the move of consumer group, saying he sees no problem with the consumer group pushing for a Congressional inquiry as well as raising the matter to the DOE.

On May 26, Pondevilla confirmed that the power distribution utility accepted the earlier offer of KSPC for a one year extension of their power contract.

Pondevilla said, however, that the extension should be at a reduced capacity of 20 MW or half of the 40 MW that was previously contracted by Ceneco with the KSPC for 10 years.

As this developed, the governor recognized the need to look at this power overpricing concern at Ceneco which also caters to areas under the jurisdiction of the provincial government.

Lacson told Carbon, who represented the business sector at the PDC, that he will issue the EO creating the task force so that the Provincial government can call for a coordination meeting with the Ceneco Board, management and Third Party Bids and Awards Committee, among other groups.

"The task force will mainly help Ceneco to explore avenue where we can reduce power cost which will most likely result to lower electricity bills among consumers," he said, adding that the price difference between the contracted cost and lowest calculated bid, which is close to 100 percent, could have been a huge savings on the part of households and businesses.

There is no timeline yet as to the issuance of the EO. Also, the Provincial Government has yet to come up with the composition of the task force.

Once created, it will concentrate on opening up the avenue for talking so similar woe in the power utility can be prevented in the future.

Carbon said the business sector is upbeat that the cost of the extended power contract can still be lowered down.

"You'll never know if we will not start exploring," Carbon said, adding that they will push for talks with Ceneco, KSPC or any other parties to just conclude the bidding that as already conducted.

The task force may also raise the possibility of shortening the contract, maybe month to month basis, while other avenues are still being explored.

"Let us open the door for negotiation or talking as we might find a cheaper power price," he said, stressing that the problem now is no longer health, but also economy.

As they also consider the creation of Task Force Ceneco as a welcome development, the business sector believes that this will also enable the power distribution utility to fulfill its mandate of giving reliable power at a reasonable price.

Meanwhile, Power Watch Negros requested Ceneco president Jojit Yap for the copy of Board Resolution approving the short-term extension of the power supply agreement for a 20 MW supply.

In a letter to Yap dated June 2, 2021, Sancho also asked a copy of the power sales contract on the one year extension entered by the cooperative and the coal-fired power plant based in Cebu.

"We are anticipating your kind attention and response on this concern in behalf of the member-consumers," he told the Ceneco official.

SunStar asked Yap for her reaction. She has yet to comment on the matter.