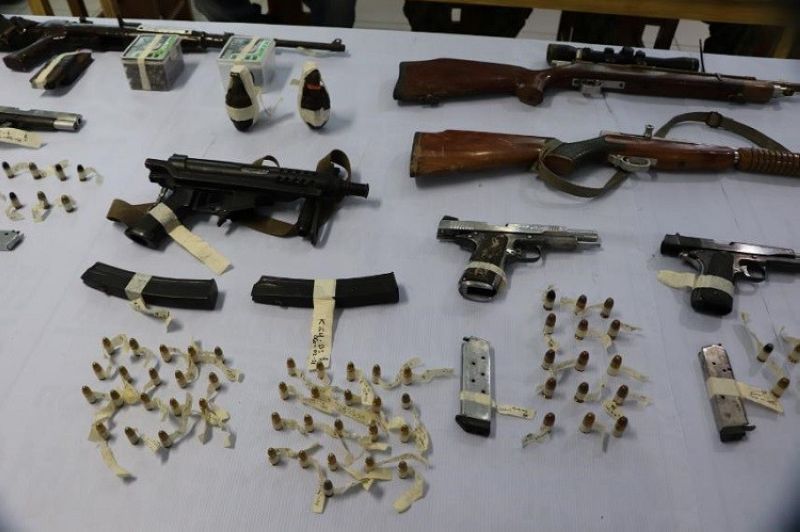 “The arrest of these suspects involved in illegal drugs and gun-for-hire activities is our aggressive commitment towards ending the number of reported shooting incidents in Calbayog City,” De Jesus said in a statement.

“It is high time that we put an end to such crimes so peace and order can foster,” he added.

According to the official, the suspects were rounded during the simultaneous service of seven search warrants in Barangay Hamorawon and Barangay Migara in Calbayog.

Aside from illegal firearms and ammunition, police also confiscated P102,000 worth of suspected shabu.

Magbutay Jr. was ranked 1 in the provincial target list of Philippine Drug Enforcement Agency (PDEA), according to De Jesus.

The suspect has been the subject of the said warrant issued by Honorable Decoroso Turla, presiding judge of Regional Trial Court Branch 21 of Laoang, Northern Samar.

He was facing charges for alleged violation of Republic Act 10591, or the Comprehensive Firearms and Ammunition Regulation Act.

According to the police official, the group was allegedly engaged in gun-for-hire and illegal drug activities in the city wherein Magbutay Jr. has been responsible for seven shooting incidents and was previously arrested last March 25, 2017 for drug charges.