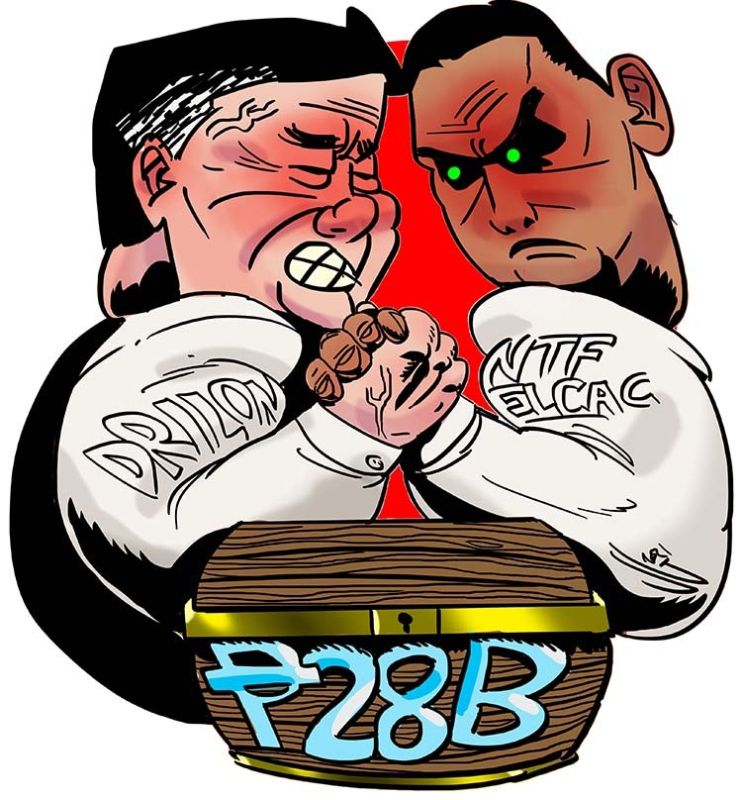 SEN. Franklin Drilon sets out a preemptive strike at what will most likely be a “huge campaign kitty,” the 2022 national budget, but specifically points to what could be the National Task Force to End Local Communist Armed Conflict (NTF-ELCAC) proposed P28 billion funding. Drilon said he’d oppose the budget “tooth and nail.”

“We should be more vigilant. The 2022 budget is an election budget. We must not allow the budget to be used for election or partisan political activities,” the senator said.

Government is yet to submit to Congress the 2022 national budget proposal, which will happen sometime July or August, right after President Rodrigo Duterte delivers his final State of the Nation Address.

Drilon believes the move to question any proposed budget from the NTF-ELCAC would gain traction in the Senate.

To recall, in April, the NTF-ELCAC had a brush with some senators over its red-tagging of community pantries, with its spokesperson Lt. Gen. Antonio Parlade comparing the Maginhawa community pantry initiator Ana Patricia Non as Satan. Drilon had been questioning the legitimacy of Parlade’s role in a supposedly civilian body.

On April 20, some senators crossed partylines to condemn the anti-insurgency task force for engaging in a red-tagging spree over community pantries. Senators from both the majority and minority blocs told the NTF-ELCAC to leave the pantries alone. They were Sens. Ralph Recto, Drilon, Nancy Binay, Leila de Lima, Sherwin Gatchalian, Risa Hontiveros, Francis Pangilinan and Grace Poe.

Poe said she was in favor of withddrawing funds from the agency, while Sen. Joel Villanueva called for an investigation on how the body’s budget had been spent.

“They have been engaging in red-taggiong, in witch-hunting na para pong ‘wild, wild west’ na eh. We should also review the leadership of the NTF-ELCAC,” said Villanueva.

It was Drilon who said the NTF-ELCAC budget should better be spent to adequately address the pandemic.

“In fact, we will propose that every centavo that will be allocated to NTF-ELCAC in the to-be-submitted NEP (National Expenditure Program) be realigned to our pandemic response and ayuda or financial assistance to the poor who continuously experience hunger because of the pandemic,” Drilon said.

Hontiveros, on the other hand, would rather see the NTF-ELCAC abolished, and return the functions to the appropriate agencies.

Meantime, during the public hearing of the national defense committee of the Commission on Appointments, Maj. Gen. Greg Almerol, later confirmed as Lieutenant General by the body, said the defense sector has been winning the war against insurgency, especially in his area, the AFP Eastern Mindanao command, when roads open the supposedly inaccessible areas leading to the guerilla bases as government services will finally be delivered. He said about 3,000 of the 4,000 barangays in his command had been cleared of insurgents. “We are on track,” he said.

The other side of the country’s war against insurgency has been the rampant red-tagging of community workers, church leaders, indigenous

The country had shown a dismal record of human rights violations and the leadership is subject to an investigation by the International Criminal Court for alleged extrajudicial killings in the war against drugs. Government has a lot to answer, including the NTF-ELCAC, which has been acting like a bogey to the country’s democracy, virtually paint-balling red just everyone that comes its way. We are simply bent on agreeing with tempering the agency with a zero budget, or better yet, scrapping by entire body and all the accompanying redundancies of the role it pretends to have.