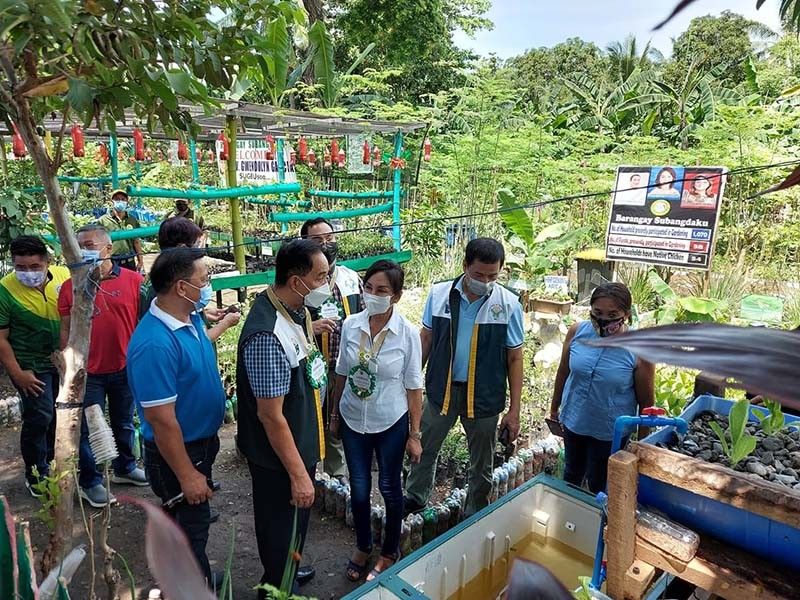 DEPARTMENT of Agriculture (DA) Secretary William Dar believes that the “Sugbusog” campaign of Cebu Provincial Governor Gwendolyn Garcia can help the nation in its fight against the pandemic.

He made this statement during his visit at the Brgy. Subangdaku Community Garden in Mandaue City on June 3, 2021, before awarding the winners of the “Sugbusog,” a vegetable gardening program.

Dar visited two of the urban gardens in Mandaue City as the city has the most number of winning gardens in the “Sugbusog” program.

In his speech, Dar said this kind of project is one of the objectives of “Plant, plant, plant,” particularly in this time of pandemic, to provide enough food supply and nutritious food for the people.

With this, Dar commends the initiative of the provincial government and the local government units participating in the program.

“Not only are we food-secure and healthy, we also have a source of income,” said Dar.

“In the case of the province of Cebu, it started last year and this is the second phase. I can see that the poverty incidence may have been managed properly not like in other provinces wherein poverty incidence increased,” said Dar.

Aside from food security, Mandaue City Mayor Jonas Cortes said in his speech that the Sugbusog campaign helped the city use its biodegradable waste by turning it into organic waste which is used as fertilizer in the urban garden.

The plastic containers from recyclable waste were also utilized as plant pots.

He shared that the garbage of the city is 36 percent recyclable, 35 percent residual, 27 percent biodegradable and two percent hazardous waste.

Thus, the city would spend P4 million for the tipping fee of the companies where Mandaue disposes of its garbage every year, based on the data from the Mandaue City Environment and Natural Resources office.

In addition, Cortes assured the public that the urban gardening that was started by the community will be supported by the city. (KFD)