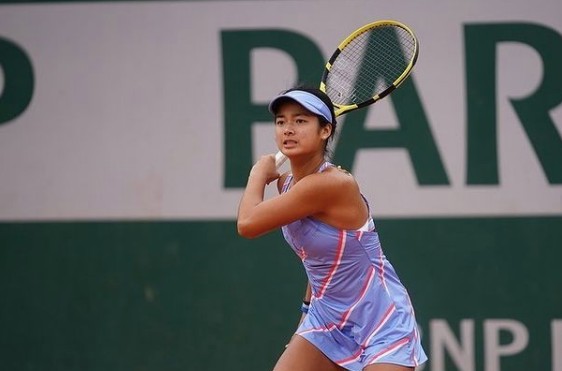 Filipina tennis star Alex Eala has set her eyes on the girls’ crown of the 2021 French Open. (Alex Eala Instagram)

Filipina tennis sensation Alex Eala is seeking redemption in the 2021 French Open as she looks to build on her semifinal finish last year at the Stade Roland-Garros in Paris, France.

The 16-year old lefty has been seeded second heading to the tournament’s start on Sunday, June 6. Eala—the International Tennis Federation (ITF) no. 3 ranked juniors player—will have a tough road ahead of her as she competes against the likes of ITF no. 2 ranked juniors player Victoria Jimenez Kasintseva, who is the top seed in this year’s French Open.

The ITF’s top-ranked juniors player Elsa Jacquemot is not playing in the girls’ competition, instead opting to compete in the women’s singles class. It was Jacquemot that ousted Eala from last year’s semifinals with a 4-6, 3-6 victory.

Eala will be heading to battle armed with lots of experience, owing to her stints in nine professional competitions so far this year, highlighted by her championship win in the W15 Manacor in January. She also had a second-place finish in the doubles competition of the W25 Platja D’Aro last month.