DA vows to give P400M worth of assistance to Cebu Province 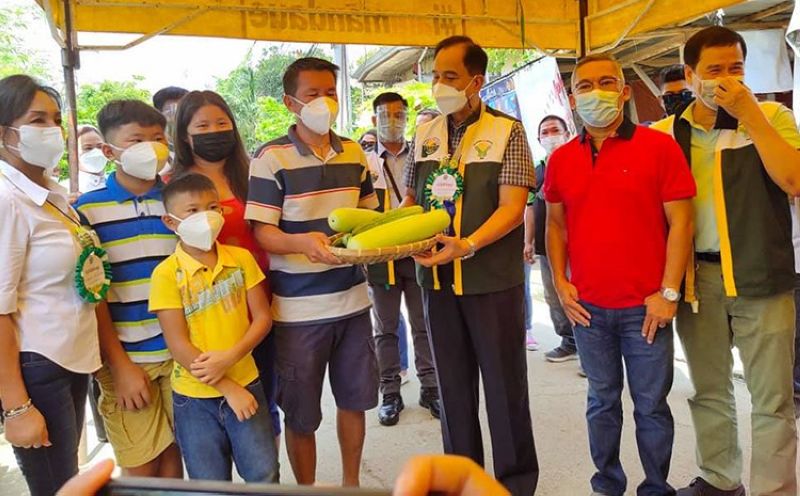 THE Department of Agriculture (DA) has promised to provide P400 million worth of assistance to the Cebu Provincial Government in the form of farming implements and infrastructure.

He said the DA will continue to support and be a partner of the “Sugbusog” program that is being implemented under the administration of Cebu Gov. Gwendolyn Garcia.

Garcia said many of the program’s vegetable seeds, fertilizers, native chickens and other farming support were provided by the DA in Central Visayas.

Dar said the program deserves to be replicated in other provinces in order to help reduce the issue of food insecurity in the country.

“The ‘Sugbusog’ program is very successful. Thanks to the governor for trailblazing a program that pushes the production of food to achieve sufficiency that can serve as a model for the rest of the country,” he said.

It complements DA’s “Plant, Plant, Plant” Program as both were conceptualized amid the Covid-19 pandemic when majority of the people were on home quarantine. Both programs have the same objectives of achieving food security, making food available for every citizen.

“We have not yet achieved a 100 percent food sufficiency level, and here in Cebu, we are advocating to plant more, especially in the urban areas by utilizing vacant lots that are potential for food production,” Dar said.

He said the DA has realigned its budget for the implementation of urban agriculture in the country.

Dar was in Cebu on June 3, 2021, as the guest of honor in the awarding of winners of the “Sugbusog” program.

READ: DA chief to turn over P62 million worth of agri-fishery projects in Cebu

During the awarding ceremony, he turned over agri-fishery projects worth P43 million and project commitments worth P18.7 million from the DA’s banner programs to the LGUs and farmer cooperatives and associations in Cebu. (NRC, PR)
< Previous PageNext Page >