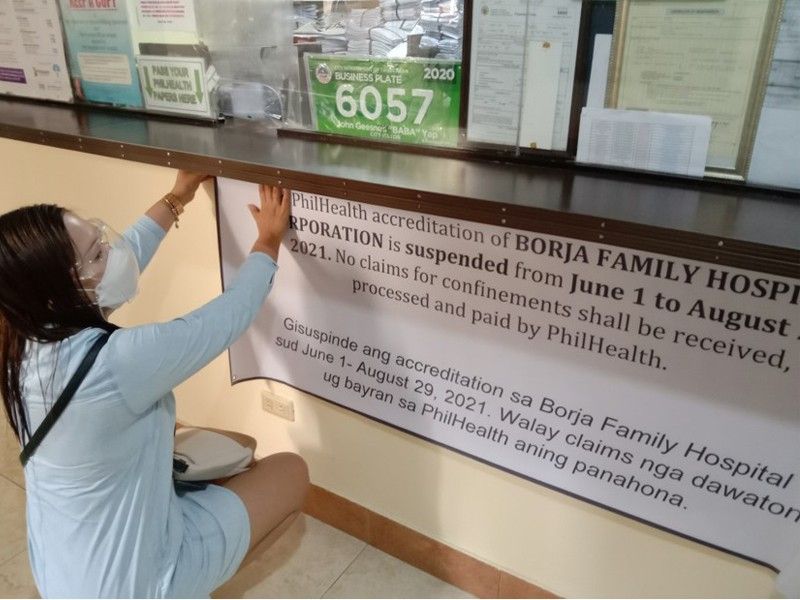 THE Philippine Health Insurance Corp. (PhilHealth) has imposed a three-month suspension of the accreditation of Borja Family Hospital located in Tagbilaran City, Bohol.

During this period, PhilHealth will not receive, process, or pay any claims from Borja Family Hospital.

The agency advised members to seek medical services in other healthcare institutions in the area.

PhilHealth filed a case against the hospital in 2014 after its Regional Legal Office found out, through a hospital inspection, that there was inconsistency in the claim filed by Borja Family Hospital for a patient’s confinement on February 8-24, 2011.

The investigating team found out that the date of discharge indicated in the claim form is incongruous with the “May Go Home” order on the Physician’s Order Sheet, which was dated February 21, 2011. The inconsistency violated Circular No. 14, s.2010.

According to the agency, the Borja Family Hospital is “adjudged guilty and liable of the administrative offense of extending the period of confinement under Section 142, Rule XXVIII of the 2001 IRR of Republic Act No. 7875 in relation to PhilHealth Circular No. 14, s.2010 (Order of Discharge), and is accordingly meted the penalty of suspension of three months of its accreditation,” with a fine of P10,000.

The Borja Family Hospital filed an appeal to the PhilHealth Board, but was denied by the governing body; and petition for review and motion for reconsideration at the Court of Appeals, which were all subsequently denied in 2016 and 2017. It also filed its petition with the Supreme Court, but the high court denied it. (PR/With WBS/NRC)