Maungca: In pursuit of power (Part 1) 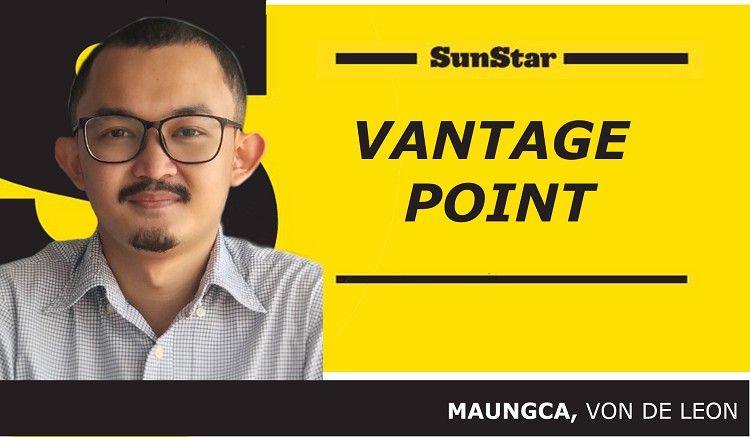 SHARING here a dialogue I had with a speaker discussing social reforms:

Facilitator: “Do you want power?”

Participant: “No, I want change.”

Facilitator: “But how can you change anything without power?”

This dialogue stuck with me until today.

There is a lot of meaning associated with the word "power." From the mystical to the pragmatic, this word has captured the imagination of everyone. In this article, we will try to break down the concept of power and look at it to its specific types or forms.

The word comes from the Latin term potere, which means "to be able to." German sociologist Max Weber famously described it as “the ability to exercise one’s will over others” (Weber 1922). In 1959, psychologists John French and Bertram Raven developed a framework for understanding different kinds of power.

In broad strokes, they are as follows:

The goal of this power is to enforce compliance. The idea is forcing someone to do something against their will. According to French en Raven, other forms of power can be used in a coercive manner such as withholding rewards or expertise or using referent power to threaten social exclusion. The force of power is also associated positively with punitive behavior and negatively associated with conditional reward behavior. Leaders that wield this type of power often resort to threats in how they manage their affairs. In my view, this is the baser form of power. It does not require any level of finesse or tactic; it is just brute force in plain sight. This is what oppressive regimes use the most, for it does not entail checks and balances. Leaders who use coercive power operate on fear. Sounds familiar, doesn’t it?

Perhaps one of the most relatable of powers. Everyone at a certain point in their younger years could recall their parents or their relatives making a deal with them that if they get high grades or do good, they would be given a toy or a treat as a reward.

In a corporate management setting, rewards can come in the forms of raises, promotions, or company kudos or compliments for doing outstanding work. The premise of this form of power is that we tend to perform well if there is a reward for us afterward. Annual awards for the best employee or the most outstanding student leader are one of the few examples of it. This fits the behaviorist theory of providing positive reinforcement whenever someone performs a desired behavior. As its downside, this type of power is only effective for as long as people value the reward you are giving.

This type of power is of a personal kind. The source of referent power lies in the individual, whether the person has desirable personal traits like the ability to cultivate admiration, trust, and respect from their followers. Leaders that draw out the best from individuals or their subordinates in a workplace are great at utilizing this kind of power. Other instances are a fostering of continuous growth and a sense of fulfilment from the workplace, general trust and high approval of the population to their elected officials, and charismatic individuals that encourage action in the form of calling out for donations or volunteers from the public to support on-going relief operations.

Icons in Philippine history that possess this immense kind of power are Jose Rizal, Apolinario Mabini, Bishop Antonio Fortich, and Jaime Cardinal Sin. In the present, we can consider the national figures such as Pasig City Mayor Vico Sotto, Vice President Leni Robredo, Former SC Justice Antonio Carpio to possess referent power. In Negros, we have the likes of Diocese of San Carlos Bishop Gerry Alminaza, former Negros Occidental Governor Lito Coscolluela, and Diocese of Bacolod Social Action Center Director Fr. Chris Gonzales among others. These rare individuals are not only reputable as an individual but also have gravitas, in a sense that if they speak about certain societal issues or lead advocacies, there is some certainty that their stand pertaining Of all the types laid down by psychologists John French and Bertram Raven, this is the most sustainable type.

This type of power’s source is on the personal level as well. It takes into account an individual’s experience, output or achievements, and knowledge in his/her specific field. This kind of power requires the individual to continually build his/her knowledge or be up to date to developments and innovations in their certain field to maintain this power.

In the context of applicability, one should also anticipate future trends or fields that would be relevant to society. As an example, the upcoming elections (and all elections and campaigns in that matter) will heavily be dependent on how astute or tactical candidates manage their social media accounts. Aspiring individuals who want to be in the thick of things in this matter should at the least learn the basics about message development, critical communication, perception management, types of campaign, etc. Developing a certain set of skills or expertise that would prove relevant to a company in the private sector or a public office will ensure that your talents will be put to task. Will discuss more on this in succeeding articles.

This kind of power is usually exclusive to a person’s position or role in society. Corporate executives and government officials are examples of individuals having this kind of power. Public offices or the government hold the most impactful and powerful force in society. When a government is functioning efficiently, it provides stability and order for society to develop in a just and humane way. The decision-makers of our country mostly are sitting in term-limited positions. They are regularly being voted upon by the people via elections. This is one of the basic components of a democracy.

We have now deconstructed the various types of power and their sources in lens of John French and Bertram Raven framework. In this article, I have emphasized Legitimate Power, specifically, the government’s power to enact reforms in society via legislature or policies. The most astute and successful politicians know how to use a combination of these types of powers. Having to master more than one of the types would provide more room for agility and maneuvering in the jungle that is politics.