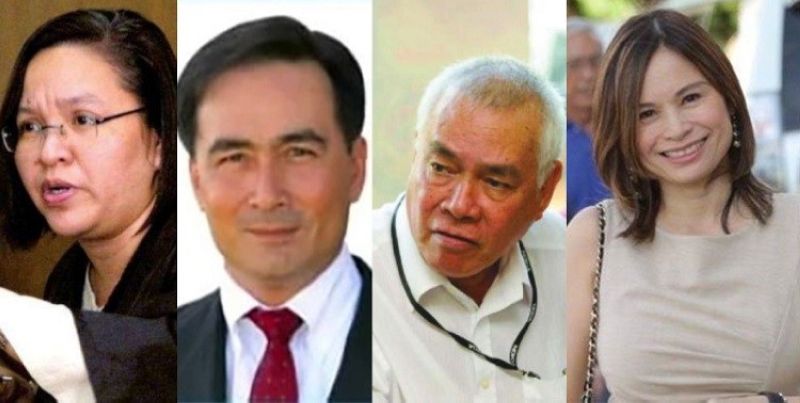 SANDIGANBAYAN Associate Justice Geraldine Faith A. Econg -- described in a Manila news site as “Cebu-based,” having served in the Cebu Regional Trial Court and Cebu City municipal trial courts – was interviewed via Zoom by the Judicial and Bar Council (JBC) Wednesday morning, June 2. She and 14 other applicants are vying for the seat vacated by Alexander Gesmundo who was appointed chief justice of the Supreme Court last April.

Econg in 2002 was presiding judge of Municipal Trial Court in Cities and Municipalities in Cebu City; in 2004, at age 35, was appointed presiding judge of Cebu RTC Branch 9; and in 2010, as director of the Program Management Office of the Supreme Court, which was created to manage the judicial reform program of the high court.

Econg as Sandiganbayan AJ is remembered as ponente of the ruling of its first division that acquitted last December 7, 2018 then former senator Ramon “Bong” Revilla Jr. of plunder for pocketing P224.5 million worth of kickbacks through the pork barrel scam. Revilla is still facing 16 other charges of corruption, for which he was able to post bail after the Sandiganbayn acquittal. Econg, with two others, voted for Revilla’s acquittal. Two AJs who were attached to the first division after an impasse in the voting dissented.

The ruling was met with anger and disappointment by critics who noted that Bong Revilla’s aide, lawyer Richard Cambe, with “mastermind” Janet Napoles, was convicted and sentenced for up to 40 years in jail while the actor-politician walked. And Revilla was ordered to return P124 million to the government as civil liability, which to non-lawyers squared against the finding of not guilty.

Since 2018 when Mariano “Mimo” Osmeña, son of former governor Emilio “Lito” Osmeña, began floating his name as possible candidate for public office, neither he nor his dad had given formal declaration of his intention. He didn’t run in the 2019 election.

Thursday, June 3, Lito Osmeña in effect announced at a face-to-face press-con the bid of Mimo for the city’s north district seat in the House of Representatives.

A clash then between Mimo Osmeña and Rachel “Cutie” Del Mar, daughter of the late congressman Raul Del Mar?

Lito said he wouldn’t want Mimo and Cutie to fight, “I want them both to serve the country.” and would like her to run for city mayor instead. But Cutie told Bzzzzz, “I won’t bite,” using the word used in a Facebook comment. She publicly said she would like to continue her father’s legacy. Cutie is a former congresswoman, having served the district in 2010 until 2013. She said she’d be happy to complete the projects started by her dad and would initiate new ones “under the same del Mar brand of service.”

Mimo himself is not yet sure as to which elective position he’d finally choose on or before the first week of October, deadline for filing of certificates of candidacy. He told the news site CDN Digital, in a Friday (June 4) story, he had “yet to decide” whether he’d run for congressman, but he was “now ready to run for an elective position in government.”

At the press-con, to a question from dyRC radio’s Elias Baquero on Mimo’s qualification, Lito the father said, “(Mimo) is the most qualified Osmeña alive.”

The “double Run” prodding, mounted on billboards and posters, has become more popular and at the same time more cliché-sounding as the October 1 to 7 deadline for the filing of COCs nears.

It’s anything but spontaneous and expressive of public sentiment, which the “Run, run” propaganda tries to depict.

Many deride the deception. Example of that, with wry stinging humor: The comment of broadcaster and The Not So Late Show host Jason Monteclar on a photo of the billboard proclaiming presidential lawyer Salvador Panelo’s intention for 2022: “RUN PANELO RUN.” More biting than many others, Jason asks: “Gipanggukod ni sila’g iro? (Are they being chased by a dog?)”