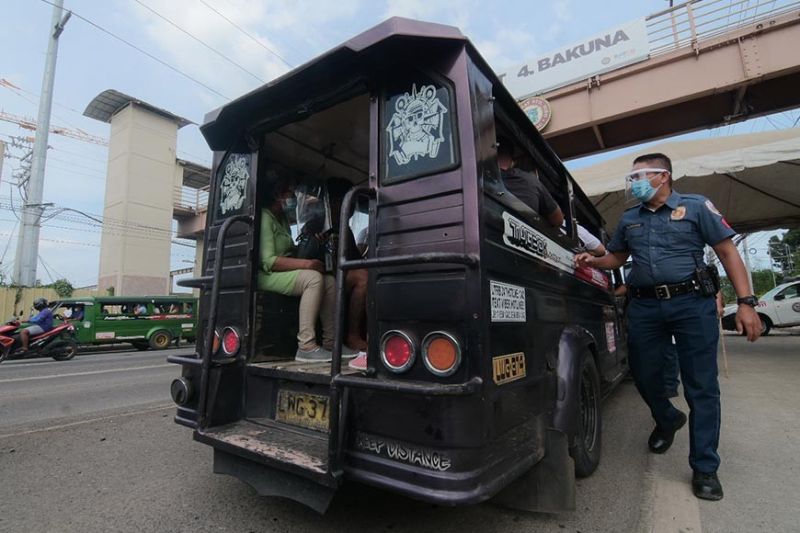 MECQ. Davao City has been placed under modified enhanced community quarantine (MECQ) from June 5 to 20 as Covid-19 cases continue to rise. (Photo by Mark Perandos) 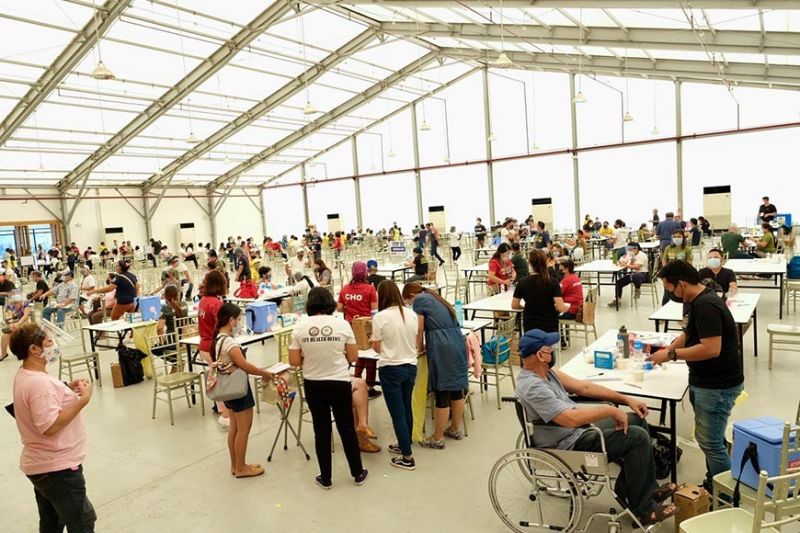 MORE SUPPLY. With the arrival of some one million doses of Sinovac vaccines, Vaccine Czar Carlito Galvez said majority of it will be distributed to Mindanao. Photo shows Davao City’s mega vaccination hub that can accommodate some 1,000 persons per day. (Davao CIO)

According to the Department of Health (DOH), Mindanao has contributed 25 percent of new cases in the country in the past few days.

Based on the DOH weekly growth rate as of June 4, these are the areas of concern with rising Covid-19 cases: South Cotabato (110 percent) Davao City (59 percent), and Cagayan de Oro City (CDO) (53 percent).

In the past two weeks, the entire country has recorded an average of 5,200 above daily new cases.

Last week, the average daily new cases rose to 6,691, based on the seven-day moving average.

Aside from Mindanao, DOH also noted a rising number of cases in some parts of Visayas and Northern Luzon.

Vergeire said there are "multitude" factors of the experienced surge. These include mobility of population, compliance of health protocols, and government response, both local and national, in addressing the Covid-19 pandemic.

"Baka meron ho tayong nakikitang (We might be having) deficiency in detection, isolation, and treatment," the health official said.

She also attributed the emergence of new Covid-19 variants to the rising number of cases.

In terms of morbidity, DOH also noted the rising number of deaths in other regions of the country.

"Ito po 'yung ating binabantayang maigi lalong-lalo na po 'yung capacity ng ating mga hospital dito sa mga piling lugar na ito (These are the areas we are monitoring, especially the hospital capacity in these areas), and we are really providing utmost assistance para po matulungan natin sila at hindi po ma-overwhelm ang kanilang mga lugar (so we can help them, and that these areas will not be overwhelmed with cases)," Vergeire said.

Due to the uptick of cases, several cities and provinces have been elevated to modified enhanced community quarantine (MECQ), the second highest quarantine status classified by the Inter-Agency Task Force on Emerging Infectious Diseases (IATF).

From modified general community quarantine (MGCQ), the lowest quarantine classification, General Santos City in Soccsksargen has been reverted to GCQ, also due to the rising cases.

The provincial government of Bukidnon, meanwhile, also requested the national IATF to place Valencia City, Malaybalay City, and Manolo Fortich to go back to GCQ as its critical care facilities are nearing full occupancy.

Davao City, the epicenter of the Covid-19 pandemic in Mindanao, was also placed under a 16-day modified enhanced community quarantine (MECQ) beginning June 5 until June 20, 2021, following the IATF's approval on Thursday, June 3, 2021.

Mayor Sara Duterte-Carpio formally requested the national IATF to elevate the city to a higher quarantine status "to allow a circuit breaker in the surge of patients inside hospitals."

“As of May 31, 2021, we have a total of 1,665 active cases currently admitted at the Southern Philippines Medical Center (SPMC) and our Temporary Treatment and Monitoring Facilities and Isolation Facilities,” she said.

The mayor was concerned that the beds at SPMC are now at a critical utilization rate while the Intensive Care Units at SPMC and two private hospitals are already full.

Lopez said this is still alarming considering the city has returned to the 2,000-mark of active cases.

The official believed the current surge of Covid-19 cases experienced in the city can be attributed to the emergence of the new variant.

"I believe naa gyud ta'y variant. Although wala pa ta'y confirmation ani with the PGC [Philippine Genome Center], [kung] ingon ani kapaspas ang pagsaka [sa Covid-19 cases], variant ni (I believe that this is due to the emergence of the new variant. Although there is still no confirmation coming from PGC, but if this is the trend of the increase in cases it must be because of the new variant)," Lopez said in an interview on 87.5 FM Davao City Disaster Radio.

Prior to the sudden surge, the Davao Regional Inter-Agency Task Force for the Management of Emerging Infectious Disease (RIATF) and Regional Task Force Against Covid-19 (RTF) already anticipated this.

This had prompted Duterte-Carpio to formally request the RIATF to place stricter border control in the entire region,

RIATF-RTF-Davao issued Resolution 01 series of 2021 on May 3, wherein the body approved uniform guidelines to regulate entry and exit in regional borders of the region to regulate movements "as an additional and preemptive measure against the surge of Covid-19 cases in the region."

According to the resolution, tourists and returning residents who are non-authorized persons outside residence (non-Apor) who will enter Davao Region will now be required to secure a negative reverse transcription polymerase chain reaction (RT-PCR) test result.

Department of the Interior and Local Government (DILG)-Davao Director Alex Roldan, who is also the RIATF chair, the region-wide border control is a proactive measure wherein restrictions will be in place to slow down the surge of Covid-19 cases, including the further spread of the new variants in the region.

The Davao City government was also a step ahead when it implemented the heightened community surveillance swabbing within communities and establishments.

DOH-Davao Director Annabelle Yumang cited this as one of the factors for the sudden surge of cases in the city.

Lopez said the city will continue to further intensify its contact tracing, swabbing, and surveillance to curb the spread of the virus.

The Island Graden City of Samal (Igacos) in Davao del Norte was also forced to temporarily suspend the operation of beach resorts in the island following the rising cases in Davao City and other provinces.

Igacos, which tourism operations resumed in March this year, is known for its famous beaches.

Davao de Oro Governor Jayvee Tyron Uy also noted that the entire province is under a surge after four of its Covid-19 referral hospitals are experiencing full occupancy.

Uy said they will be regulating mass gathering, the culprit of the surge, as a measure to cut the transmission in the entire province.

Other local government units (LGUs) in the region had also intensified their contact tracing after noting complacency in the observance of health protocols.

With the rising number of areas in Mindanao placed under tight quarantine status brought about by the rising Covid-19 cases, President Rodrigo Duterte wants to fast-track the Covid-19 vaccine rollout in areas of Visayas and Mindanao.

Duterte on Monday, May 31, ordered vaccine czar Secretary Carlito Galvez to start distributing vaccines to various provinces in the Visayas and Mindanao to fast track the Covid-19 vaccine rollout in the country.

(I am directing Secretary Galvez to make a pro-rata distribution. Not to all, but at least we can give to some [provinces] like Iloilo, Zamboanga, Cagayan, Butuan, so we can distribute to all... Surigao, then you go up to Leyte and Samar. Let us divide this among ourselves since most of the bulk of the people in NCR have already been vaccinated. When the bulk of the vaccine supply arrives, you divide it amongst the local government units. I hope we can do this as soon as possible.)

The one-million doses of Sinovac vaccines that arrived over the weekend will mostly be distributed to Mindanao.

The president also reiterated his call to the public to have themselves vaccinated with the vaccines already available in the country.

As of June 6, the Philippines expects to receive at least 3.4 million Covid-19 vaccine doses in June, Malacañang said earlier.

The country has already received some 8.329 million Covid-19 doses, of which around 5.120 million have been administered, as of May 29.