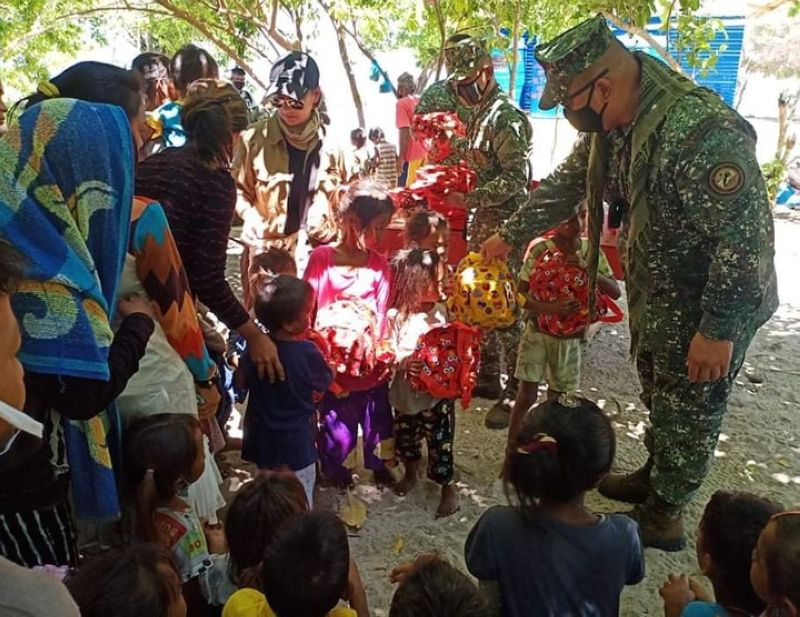 A TOTAL of 110 school children and 49 families benefitted from the one-day Community Support Activity initiated by the 2nd Marine Brigade (2MBde) in the municipality of Sitangkai, Tawi-Tawi.

Rojas said the 49 families received relief goods and have also benefited from the feeding program to include the school children.

Sitangkai, which comprises nine villages, is a fist class municipality in the province of Tawi-Tawi with a population of 33,334 people as of the 2015 census. (SunStar Zamboanga)