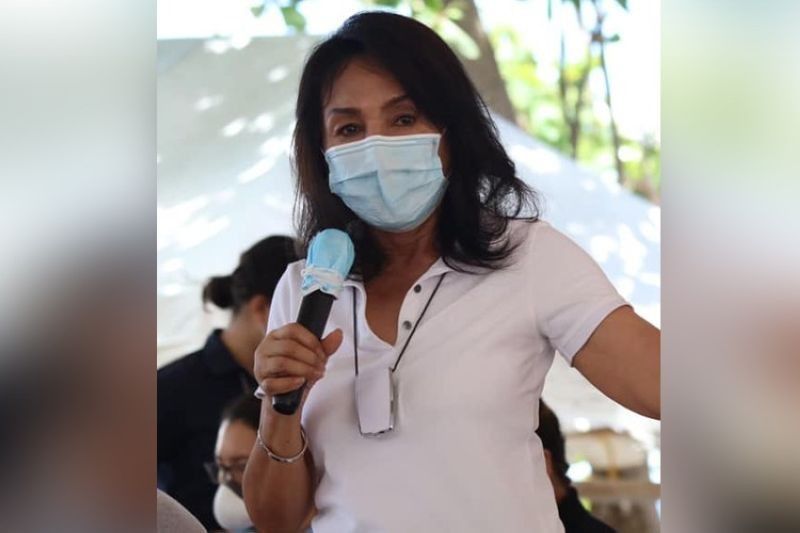 They also urged the Inter-Agency Task Force (IATF) for the Management of Emerging Infectious Diseases “to respect the rule of law, respect the Philippine Constitution and respect the local autonomy of the Province of Cebu.”

“As representatives of the people, we can no longer sit idle while our constituent OFWs (overseas Filipino workers) and ROFs (returning overseas Filipinos) are further burdened by unsound and impractical policies that greatly ignore their own personal and financial circumstances,” the lawmakers said, referring to the IATF’s decision to require OFWs and ROFs to be quarantined in a hotel for 10 days and to be swabbed only on the seventh day.

The congressmen joined the mayors of the cities of Cebu, Mandaue and Lapu-Lapu, who earlier expressed their support for Garcia’s stand on managing Filipinos returning from overseas.

Garcia issued Executive Order (EO) 17 Series of 2021 that requires OFWs and ROFs to be swabbed upon arrival at the Mactan-Cebu International Airport (MCIA) for free. The test will be conducted by Department of Health (DOH) personnel. The passengers will only stay in a hotel for a maximum of three days while waiting for their test results.

If negative, the OFW or ROF will be allowed to go home and continue to undergo home quarantine for the remainder of the 14 days but will be swabbed again by their local government units (LGUs) on the seventh day to comply with the requirement of the IATF. But for non-Cebu residents, they will be turned over and will be subjected to the protocols of their respective LGUs of destination.

“We therefore welcome with great appreciation and fully support the innovation of Governor Gwendolyn F. Garcia and the Provincial Board of Cebu in adopting the Swab-Upon-Arrival Policy that eases the emotional and financial burdens of our constituent OFWs and ROFs,” the manifesto stated.

The lawmakers shared Governor Garcia’s stand that most of these OFWs and ROFs come home not for vacations but to attend to family emergencies such as medical emergencies and funerals of loved ones. Requiring them to spend more time in quarantine, as required by the IATF, lessens the time spent to address these concerns and burdens the ROFs who have to pay for their own hotel accommodation.

“As representatives of the people of our districts, we are cognizant of our constituent OFWs’ and ROFs’ urgent need to immediately return home to their families to minimize the financial and emotional burden long periods of quarantine entails,” the lawmakers said in their manifesto.

The governor earlier met with President Rodrigo Duterte in Malacañang to explain Cebu’s protocols. Duterte then asked DOH Secretary Francisco Duque III to critique Cebu’s more relaxed guidelines for arriving OFWs and ROFs and to study the possibility of replicating these in other parts of the country.

But the IATF insisted on its own protocols to be implemented all over the country.

“Worse, such actuations by the IATF are an encroachment upon the local autonomy enjoyed by the Province of Cebu as enshrined in the Philippine Constitution and under Republic Act 7160,” the manifesto said.

The Code “provides for a more responsive local government structure instituted through a system of decentralization whereby LGUs are delegated more powers, authority, responsibilities and resources.”

“As we inch back towards normalcy, it is high time for local government units who handled the pandemic well to return to the driver’s seat and be given full confidence to manage the Covid-19 situation within their respective jurisdictions free of any intrusion by the IATF,” the manifesto added.

On Sunday, June 6, overseas flights again landed at the MCIA one week after these were diverted to the Ninoy Aquino International Airport.

Malacañang earlier said the rerouting was done due to the lack of quarantine hotels for returning Filipinos in Cebu, but others saw it as an apparent rebuke on Governor Garcia’s testing and quarantine policy for arriving OFWs and ROFs.

It could not be determined if the international passengers were swabbed upon arrival. However, a source who asked an MCIA official about it was instead referred to the DOH. (PR with PJB)