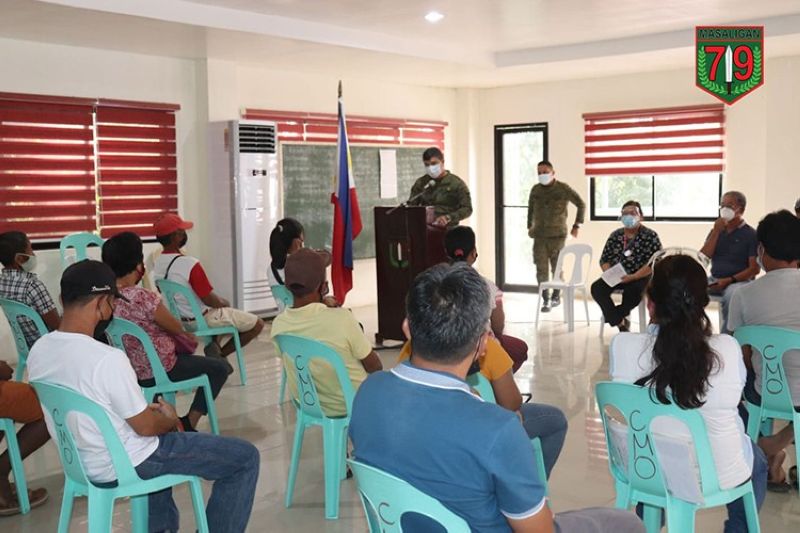 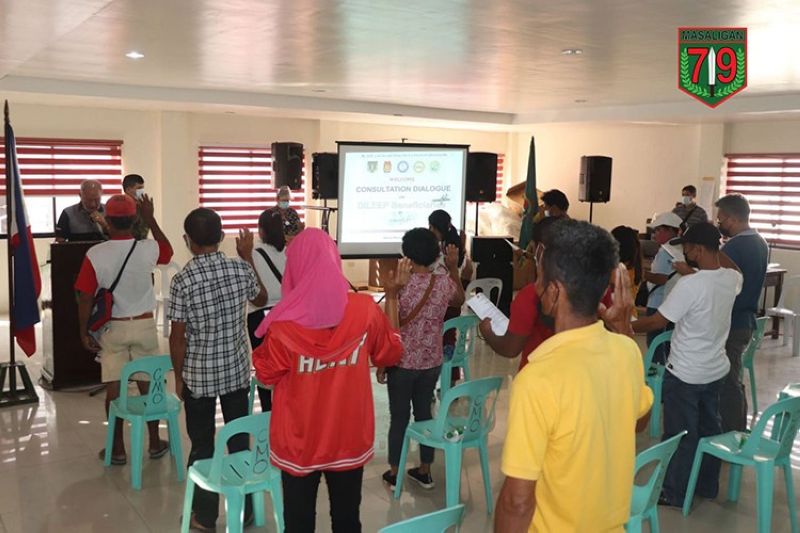 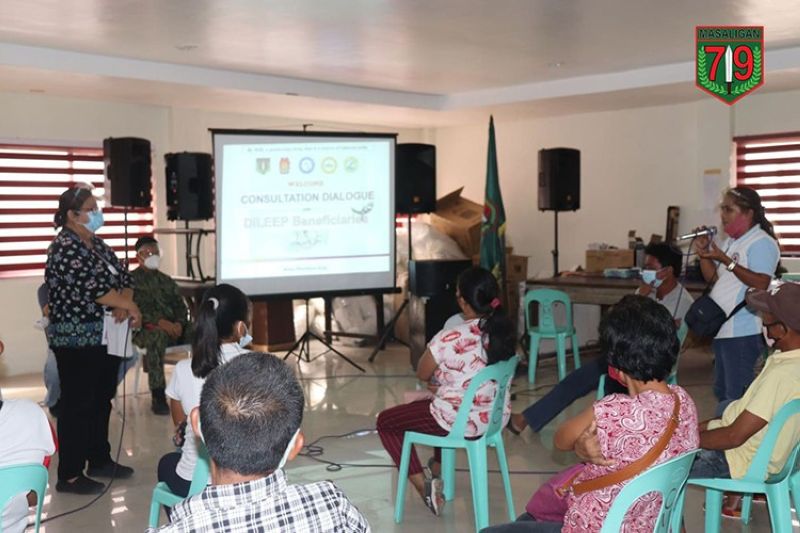 A CONSULTATION dialogue to end the local communist armed conflict was held in Escalante City on Friday, June 4, 2021.

The 79th Infantry (Masaligan) Battalion together with the Local Task Force to End Local Communist Armed Conflict (LTF-Elcac) and Center for Collaborative Solutions (CCS) of Escalante City facilitated the activity with the Department of Labor and Employment (DOLE) Integrated Livelihood and Emergency Employment Program (Dileep) beneficiaries of Barangay Pinapugasan.

The consultation dialogue highlighted the completion and submission of documentary requirements to fast-track the delivery of livelihood projects and employment opportunities through Dileep.

The beneficiaries are former victims of the Communist Terrorist Groups (CTGs) operating in the hinterlands of the City of Escalante.

The beneficiaries were also briefed about insurgency and threat situation, deception and recruitment strategies of the Communist Party of the Philippines-New People's Army-National Democratic Front and countering extortion activities carried out by the CTG, specifically in Northern Negros, the army's press release said.

Beneficiaries took their oath and affirmed their commitment and allegiance to support the government in its campaign to end local communist armed conflict followed by the issuance of certificates by TF-Elcac to complete documentary requirements.

Mary Agnes Capigon, office head of DOLE-Negros Occidental Field Office, during the program asked beneficiaries to handle promptly the package of P1 million worth of goods for the Consumer Store as their livelihood assistance.

Escalante City constituents were chosen as the first Dileep beneficiary in North Negros.

"The transparency of the government programs is remarkable and highly appreciated by everyone. There is no ground for the people of Escalante to be victimized again from the human rights abuses by the communist terrorist perpetrators," Yap said.

Lieutenant Corporal J-Jay Javines, commanding officer of 79th Infantry Battalion, for his part, commended DOLE provincial office for extending the Dileep to former insurgency-affected communities and the sincere efforts of Escalante City TF-Elcac and the CCS for their continuous initiatives to achieve lasting peace and development.

“I am hoping the initiative started will extend more assistance to other beneficiaries in all formerly insurgency affected communities in Northern Negros."As we experience a peaceful environment, we will expect abundance of government programs and projects for the former insurgency-affected communities. The AFP (Armed Forces of the Philippines) will always be a reliable partner to the LGUs (local government units) and national and local government agencies in bringing basic social and economic services for the Negrense. This whole-of-nation approach and initiative will undoubtedly weaken the CTGs will to fight and its recovery efforts to deceive its former victims," he said."

"Together, let us build communities that are inhospitable to the influence and presence of any threat group, who undermine our effort for nation-building,” Javines added.