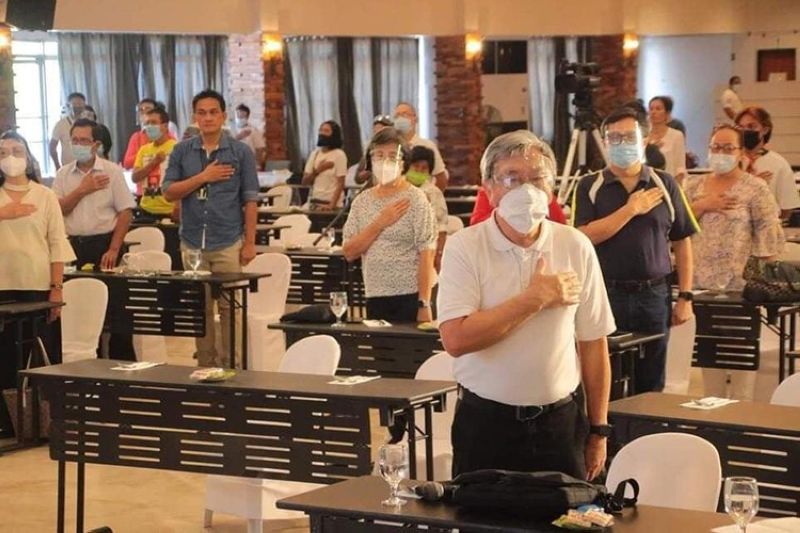 "This is tantamount to running for reelection, which is too bad because, in the spirit and intent of the Constitution, the president should serve only for one term without reelection," Coscolluela said.

Coscolluela is one of the convenors of the 1Sambayan in the province. It is aiming to put up a united opposition for the May 2022 elections.

The PDP-Laban is pushing President Rodrigo Duterte to run for vice president in tandem with his daughter Davao City Mayor Sarah Duterte-Carpio in the coming election.

"I believe this is part of a scenario that in case they will win, he (President Duterte) will still call the shots. This shows hunger for power in spite of the fact that he is incompetent based on his performance as president," Coscolluela added.

Meanwhile, Coscolluela revealed that on June 12, they will launch an online portal application and a sort of consultation on their members as well as non-members who would like to participate in a democratic selection process of choosing their candidates for president, vice president and senators for the coming elections.

"We are aiming to put up a united opposition and pro-democracy forces basing on our criteria for the selection of candidates. June 12 is the start of the selection process. We already have the list of nominees but we will accept nominations," Coscolluela said.

"By July, we are hoping to choose the candidate for president which will be assessed by the convenors. The nominee will then be given an opportunity to choose his or her running mate for Vice President and their preference for 12 senators under their slate, he said.

"By August, we will finish the selection process and hopefully present the candidates so that they will be ready for the filing of their Certificates of Candidacy by October," Coscolluela further said.