Group says Ceneco Board has no power to postpone CSP 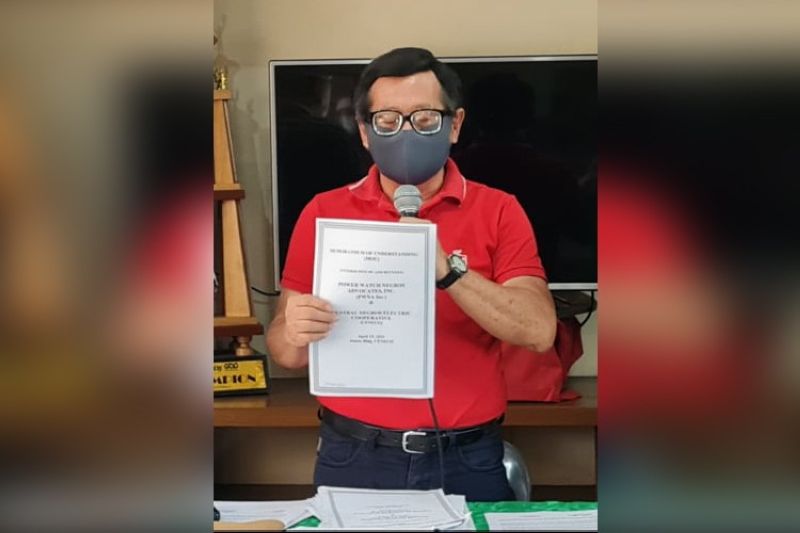 Power Watch Negros Secretary-General Wennie Sancho, in a statement, said to tell the Third Party Bids and Awards Committee (TPBAC) what to do, even though it is an independent body created by the Board of Directors (BOD), it would be an intrusion on its functions and authority.

Sancho recalled that prior to the holding of the CSP on April 12 by the TPBAC for Ceneco's 20 MW Base Load Power Requirement for 2021 to 2031, TPBAC chair Engineer Norman Pollentes sought the guidance of the National Electrification Administration (NEA).

He said this was upon Pollentes's receipt of letters from five directors, namely, Fr. Ernie Larida, Antonio Paniqui, Joyce Martha Cuenca, Robert Javellana and Jojit Yap requesting for the postponement of the submission and opening of the bids.

Sancho said there was another letter from Ceneco acting general manager and project supervisor lawyer Danny Pondevilla ordering the suspension of the bid opening due to certain concerns of the Board.

"The five directors and acting general manager failed in their attempt," the consumer group leader said, adding that the TPBAC completed the CSP with the determination and selection of the lowest calculated bidder.

In a letter dated June 4, 2021 addressed to former Ceneco president Dwight Carbon, a copy of which was furnished by Power Watch Negros to SunStar Bacolod, Electric Power Industry Management Bureau Officer-In-Charge Mario Marasigan resolved the issue of whether the letters from the members of the Board and that of Pondevilla can validly postpone the CSP.

The letter stated that the TPBAC may proceed with the CSP in accordance with the bidding schedule approved by the Department of Energy (DOE) unless they see any other justifiable grounds to halt the proceedings.

Marasigan said the CSP policy does not vest the Ceneco BOD, much less the NEA project supervisor and acting general manager, with any authority to postpone the CSP.

"The project supervisor and acting general manager may only act as observer in the CSP should he be authorized by the Board to do so," he said, adding that "the authority to postpone the CSP rest mainly in the TPBAC."

Marasigan, however, said should the BOD, after a verified protest is filed, finds valid grounds such as, but not limited to, misfeasance of or collusion among the TPBAC members and the bidders, non-feasance of the procedures in the conduct of the CSP and defects in the documents submitted, the BOD may resolve to reject any and old bids.

It may also declare a failure of bidding or opt to award the contract to the recommended winning bidder, he added.

Power Watch Negros is asking for the implication of this letter to the recently concluded 20 MW short-term extension power deal between Ceneco and KSPC.

The group cited Ceneco president Jojit Yap's previous statement, saying that there was a protest from another group, Konsyumer-Negros, on the terms and reference of the power supply agreement that the cooperative was about to enter with the power generation utility.

Yap said there was already bidding and the Board acted on the concern raised by Konsyumer-Negros by forwarding it to the DOE.

Although the agency has acknowledged the receipt of the concern, it has yet to answer the matter, she also said.

For Sancho, it was not clear if the protest filed was verified with the valid ground.

"The June 4, 2021 letter from the DOE says otherwise," he said, adding that it avers that the BOD's concern on protest were already addressed both by the TPBAC's February 19, 2021 initial response to Konsyumer-Negros and the subsequent April 23, 2021 correspondence to the said consumer group.

"Why should they wait for a response from the DOE when the matter was already addressed to by the TPBAC? Were they only binding their time until their acceptance of the short-term extension power deal on May 26, 2021?" The consumer group said.

Its secretary-general also raised the question of the ulterior motive of the five directors, if any, in seeking postponement of the CSP.

For Sancho, the fact that they joined the project supervisor and acting general manager who ordered the suspension of the CSP is not a mere coincidence.

Power Watch Negros posed a challenge to the BOD to make public their "certain concerns," he said.

Power Watch Negros said it felt vindicated by the position of the DOE as manifested in its letter to Carbon that the BOD of the distribution shall only serve as observers and not as members of the TPBAC.

The BOD concerned should "study and do their homework" by conducting research on issues in the power industry, it added.

The power distribution utility earlier accepted the offer of KSPC for a one-year extension of their power contract ending May 2021 at a reduced capacity of 20 MW or half of the 40 MW that was previously contracted for 10 years.

Both Pondevilla and Yap earlier denied claims that there was an overpricing in the extended contract.

Consumer group Power Watch Negros Advocates, however, believed that the extended power contract has an overprice of over P360 million.

The contracted cost is between P5.42 to P5.58 per kilowatt-hour (kWh) based on the previous power supply agreement.

This is higher than the lowest calculated bid of P3.2929 per kWh, it said.

The group has already brought the issue up to DOE and is pushing for an inquiry at the House inquiry.

Moreover, Power Watch Negros has already requested Yap for a copy of the Board Resolution approving the short-term extension of the power supply agreement for a 20 MW supply.

In a letter dated June 2, 2021, Sancho also asked for a copy of the power sales contract on the one-year extension entered by the cooperative and the coal-fired power plant based in Cebu.

In response, Yap said the Board will discuss the request of Power Watch Negros.

"I have already requested that to be put in the agenda," she added.