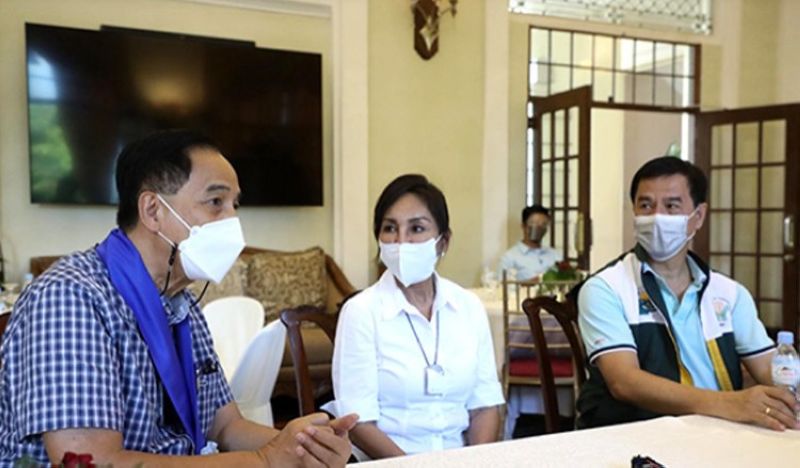 THE Department of Agriculture asked the Cebu Provincial Government to raise the production of pork and the supply of pigs to address the supply deficit in the country.

Agriculture Secretary William Dar said that when Cebu increases its production level, the excess from the supply can be sold in Manila.

He said that the National Government has to import pork products to address the country’s demand.

In a press conference on June 3, 2021, Cebu Gov. Gwendolyn Garcia said she was considering lifting the ban on local live hog export after pointing out that the supply in Cebu has started to stabilize.

She said that the hog prices kept increasing at least two months ago, prompting the province to stop sending live hogs outside Cebu. She also said that Cebu has enough supply to export live hogs again.

In February 2021, Garcia imposed a six-month moratorium on the export of live hogs to other areas in the country.

Executive Order (EO) 8, which was issued on Jan. 29, 2021, prohibits live hogs from being sold outside of Cebu Province despite the shortage of pork products due to the African Swine Fever (ASF) outbreak.

DA confirmed the first ASF outbreak in July 2019. Cases have been reported in Luzon, Mindanao, Leyte, and Samar Islands.

ASF has spread to 12 regions, 46 provinces, 493 cities and municipalities, and 2,561 villages nationwide since it hit the country in 2019, causing the loss of more than three million pigs.

On May 4, 2021, DA confirmed that ASF is still present in 19 districts in Leyte, Southern Leyte, Samar, and Northern Samar in Eastern Visayas Region.

According to the Food and Agriculture Organization of the United Nations, the ASF outbreak has prompted President Rodrigo Duterte to declare the country under a state of calamity for a year effective May 10, 2021.

READ: Dar: 2 vax against ASF under development in US

Local authorities were mandated to strictly follow the National Zoning and Movement Plan for ASF, which classifies provinces and regions based on their ASF status. The level of ASF risks entails corresponding guidelines to the extent that they can transport and sell hogs, pork, and pork products.

The plan includes measures, such as:

• In Bicol Region, the prices of all basic agricultural commodities, including pork, have been “frozen,” since May 19, 2021 for 60 days.

• Pig farmers in Western Visayas and Northern Mindanao have been encouraged to have their stocks insured with the Philippine Crop Insurance Corporation.

Dar commended Cebu and the entire Central Visayas, as the region remains free of any confirmed ASF case.

“We have been very strict with our ports entry. That has helped us actually. We cannot face two pandemics at the same time. It’s difficult enough to be facing the Covid-19 pandemic. Let us not compound our problems,” she said. (NRC, PR)
< Previous PageNext Page >