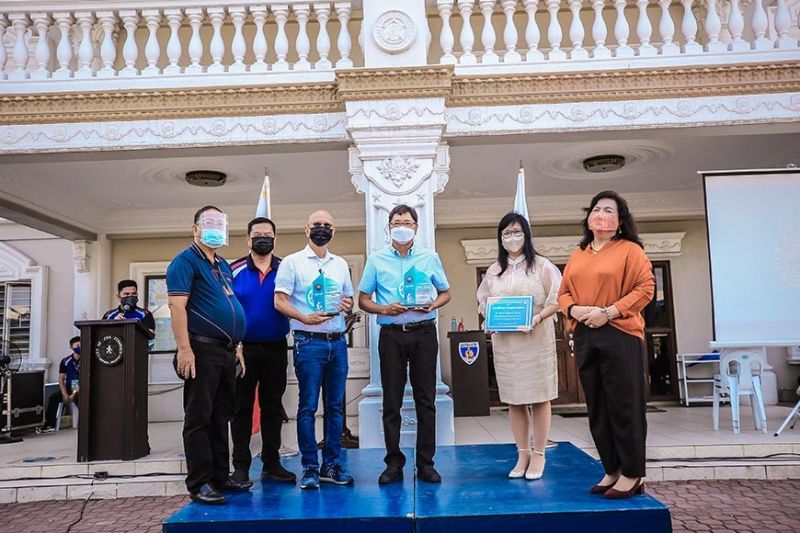 THE City College of San Fernando, Pampanga has made the community proud anew, as the local college was feted two awards in the 2021 “Gawad Padyak Parangal sa mga Unibersidad at Kolehiyo sa Rehiyong III” conferred by the Commission on Higher Education (Ched)-Central Luzon.

CCSFP was hailed number 2 in “Best Response in Mitigating the Effects of Covid-19 Pandemic” after leading an example as one of the colleges that showed institutional continuity, agility, resiliency, and collaboration during the pandemic hit-academic period.

CCSFP’s indispensable contributions to Ched-3’s programs and projects also made the college rank 3rd “Best Professional Organization for Association of Local Colleges and Universities in Region 3.”

“The valuable inputs of the association of local colleges and universities particularly of Region 3 as represented by Atty. Gloria Bañas have been very helpful for the improvement of the Central Luzon Regional Higher Education Plan or Clerp. Allow me to congratulate the honorable City Mayor, Vice Mayor, and all the officials of CSFP for supporting our local College particularly Atty. Banas as president of the college and the ALCU 3 for her active participation in all Ched-3 endeavors,” Semana said.

For his part, Santiago expressed commitment to keep education his priority.

Bañas, for her part, thanked all the stakeholders who contributed to the continued success of CCSFP’s education.

“This award is a tribute to the hard work that has been contributed by everyone. First, to CCSFP faculty member, non-teaching staff, and all personnel who contributed much more than what’s been asked from them. Next, to our City Mayor who has always been supportive to us. His commitment is very real. He listens and he delivers as long as education is concerned. And to our [Sangguniang Panlungsod], our councilors, our City Human Resource Management Office, down to our barangay officials,” Bañas said.

CCSFP continues to work hard and aim high as it plans for future development of its institution including the reconfiguration of spaces in school such as the classroom, laboratories, library, and student centers to comply with minimum health standards; upgrade of IT infrastructure in order to enable effective and efficient delivery of learning modalities; pursuance of its accreditation in year 2021; and preparation for the possibility of gradual re-opening of HEIs for limited face to face classes during the Covid-19 pandemic. (PR)