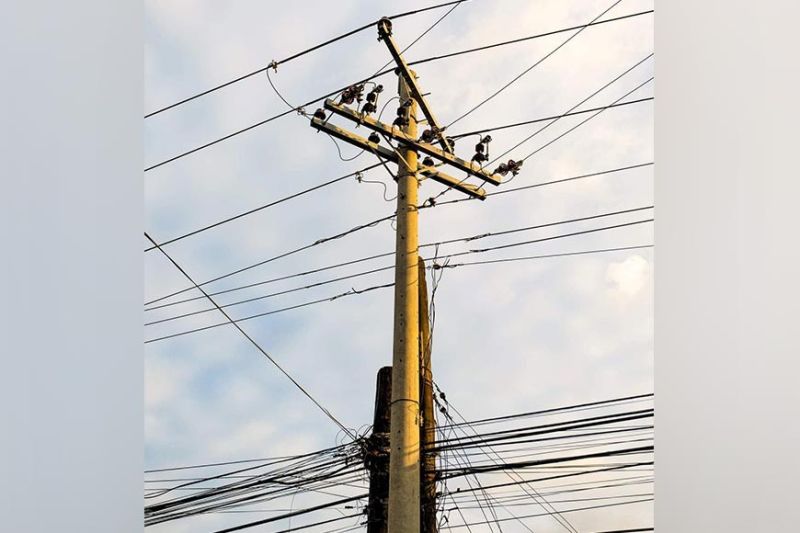 NEGROS. The request for a congressional inquiry into alleged overpricing among other power woes hounding the Central Negros Electric Cooperative of consumer group Power Watch Negros has been sent to the office of Third District Representative Francisco Benitez Tuesday, June 8, 2021. (Rommel Azucena)

In a letter sent to Benitez Tuesday, June 8, a copy of which was obtained by SunStar Bacolod, Power Watch Secretary General Wennie Sancho requested the Negrense lawmaker to examine the group's position paper relevant to their request for a congressional inquiry on issues concerning the plight of the consumers of the electric cooperative.

Sancho said they took the initiative in light of the present controversies in Ceneco involving power supply agreements.

"Power Watch believes that only a congressional inquiry could result in a full disclosure into allegations of overpricing, overcontracting and other irregular practices that result in the unabated power rate increase at the expense of Ceneco consumers," he added.

Ceneco caters to the largest number of electric consumers in Negros Occidental.

In the Third District alone, the power distribution utility caters to cities of Talisay and Silay, and Murcia.

Other areas it covers included cities of Bacolod and Bago, and town of Salvador Benedicto.

The consumer group said their request for congressional inquiry will include possible overcontracting in the past.

But its main concern is the recently aborted awarding of power sales contract to the lowest calculated bidder after the conclusion of the Competitive Selection Process (CSP) last April 12 by the Third Party Bids and Awards Committee (TPBAC).

Sancho, in the position paper sent to Benitez, said the Ceneco Board did not take action on the recommendation of the TPBAC on the result of the bidding with the lowest calculated bid of P3.2929 per kilowatt hour (kWh) for a 20-megawatt (MW) power contract.

Instead, Sancho said, some members of the Board chose to accept the "short-extension" of the existing 40 MW contract at a reduced capacity of 20 MW at a price of P5.28 per kWh with the same power generation utility, the Kepco Salcon Power Corp. (KSPC).

Based on Power Watch's calculation, the difference between the contracted cost of P5.28 and lowest calculated bid of P3.29 is P2.29 per kWh.

"Ceneco should have spared us from paying the additional financial burden if the Board had faithfully complied with the recommendation of the TPBAC," he said, asking that "what is the reason of the members of the Board who voted for the short-term extension, a decision that is grossly disadvantageous to the consumers."

The position paper stated that the amount of P395.71 million will pump prime the local economy particularly in the cities and municipalities covered by the franchise of Ceneco.

These millions of pesos could induce the circulation of money as it would increase consumer spending that would hasten the recovery of the economy as more business establishments will reopen and jobless workers will return to work amid the pandemic, it added.

The concern on the alleged overpriced extended power sales contract between Ceneco and KSPC was already raised by Power Watch to the Department of Energy (DOE).

For his part, Ceneco acting general manager and project supervisor laywer Dan Pondevilla welcomed such move, saying that he sees no problem with the consumer group raising the matter to the agency as well as pushing for a congressional inquiry.

Backing this, Ceneco president Jojit Yap earlier explained that they opted to push through with the extended contract with KSPC because it will already expire pending the decision of the DOE on the query of the consumer group.

"We cannot just rely on the Wholesale Electricity Spot Market (Wesm) as the cost of power there goes up and down," she added.

Yap said there was no overpricing as the cost was still based on the existing contract with KSPC.

"Though there was already a bidding, the Board acted to the concern raised by Konsyumer-Negros by forwarding it to the DOE," she said, adding that though the agency has acknowledged the receipt of the concern, it has yet to answer on the matter.

Power Watch, meanwhile, was founded in 2015 as an advocacy group to assist Ceneco consumers in asserting their rights in order to protect and enhance their economic welfare.

In its letter to Benitez, the group said it also serves as a "watchdog" on alleged corruption and mismanagement in the electric cooperative.

However, no significant reform or change had taken place in Ceneco, it lamented.

Its secretary general recalled that aside from overpricing, allegations of power supply overcontracting, sell-back to Wesm and money scandals had hounded Ceneco in the past.

Sancho said despite their filing of voluminous complaints before the office of the Presidential Action Center, National Electrification Administration (NEA), Department of Energy (DOE) and Energy Regulatory Commission (ERC) in 2016, with follow-up letter in 2017 and 2018, investigations ended limply without meaningful disciplinary actions.

Thus, they are urgently requesting, through Benitez, for a congressional inquiry on the matter of overcontracting, sell-back practices and overpricing of power rates.

"The consumers wanted to shed light on these issues amid allegations that there were attempts to manipulate energy data to accommodate additional volume from a favored power supplier," he added.

Moreover, Power Watch believed that the service of bringing appropriate load requirement to every household, industry and commercial establishments is the function of the distribution utilities like Ceneco.

The consumers, it said, should avail of efficient services and electricity rates or prices that are just and reasonable.

"Unfortunately, the prospect looks dim in Ceneco and consumers do not have the power to exercise collective control over public power in an electric cooperative where the consumers are supposed to be the collective owners," the group added.

Sancho asserted that the power supply contracting process between the cooperative and power suppliers should be conducted in a transparent bidding process.

"These contracts should be exposed in the light of public scrutiny in order to promote fair and reasonable prices of electricity in consideration to the rights and welfare of the consumers," he said.