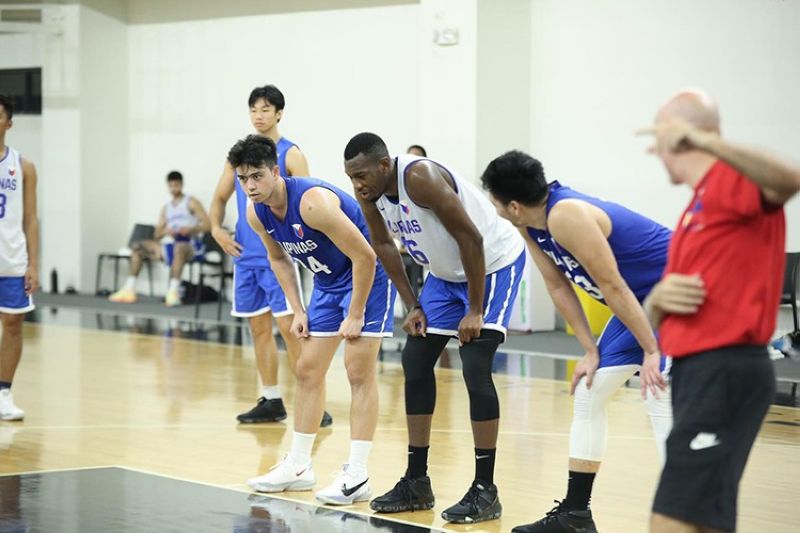 The Gilas Pilipinas will be taking on South Korea twice and Indonesia once in the FIBA Asia Cup qualifiers next week. (Inspire Sports Academy)

Six teams will be arriving in the Philippines this weekend to compete in the third window of the FIBA Asia Cup qualifiers in Clark, Pampanga.

According to the latest schedule that was released by FIBA, the Philippines will now host the remaining games for Groups A and B with the Gilas Pilipinas battling long-time nemesis Korea on June 16 and 20. They will also take on Indonesia on June 18. The Philippines is currently leading the way in Group A with a clean 3-0 (win-loss) card while Korea is close by with a 2-0 mark. Indonesia is at 1-2 while Thailand is at the bottom with a 0-4 record.

Asian powerhouse China and Korea are in for a tough schedule as they play in four games in five days, while the likes of Japan, Chinese Taipei and Indonesia have three matches. Meanwhile, Thailand will have back-to-back games versus Korea and Indonesia on June 19 and 20.

Teams in Group B have packed schedules because of the cancellation of their games in the previous window due to the Covid-19 pandemic. Japan is at 1-0 while Chinese Taipei holds an even 1-1 card. China has yet to play a single game while Malaysia has begged off from competing in the third window.

Teams are expected to arrive inside the Clark bubble on Sunday. (JNP)