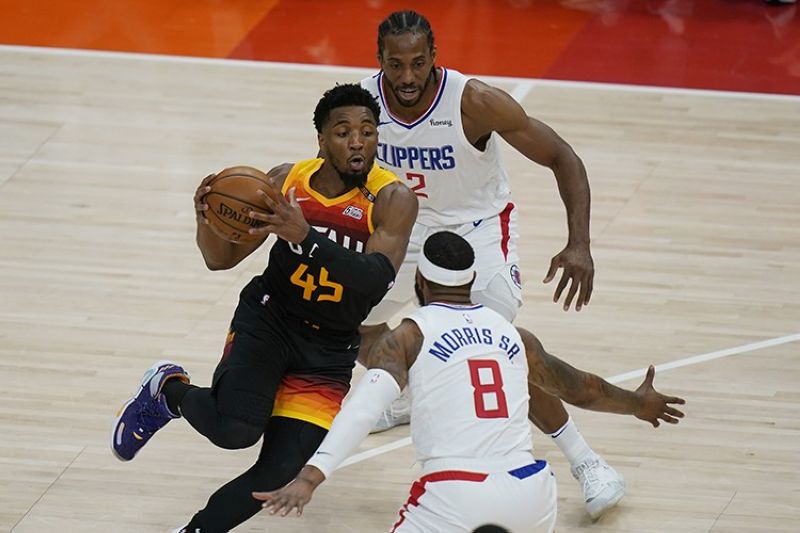 SALT LAKE CITY — Donovan Mitchell scored 45 points to lead the Utah Jazz to a 112-109 victory over the Los Angeles Clippers in Game 1 of their Western Conference semifinals series on Tuesday night.

Mitchell did most of his work in the second half, scoring 32 points to rally the Jazz from a double-digit deficit. Jordan Clarkson and Bojan Bogdanovic chipped in 18 points apiece. Mitchell and Clarkson combined for 12 3-pointers.

PHILADELPHIA — Joel Embiid bounded on the court and pointed at Shake Milton following an electrifying stretch that might have saved Philadelphia's season and yelled, “I told you be ready!”

Sure enough, Embiid — who had a sideline confrontation last season with Milton — rallied the forgotten guard with a pregame pep talk.

“For some reason,” Embiid said, “I felt like he was going to be needed.”

Milton buried a 32-footer and scored 14 points, and Embiid had a playoff-best 40 points and 13 rebounds to lead the 76ers past the Atlanta Hawks 118-102 in Game 2 on Tuesday night and even the Eastern Conference semifinal. (AP)