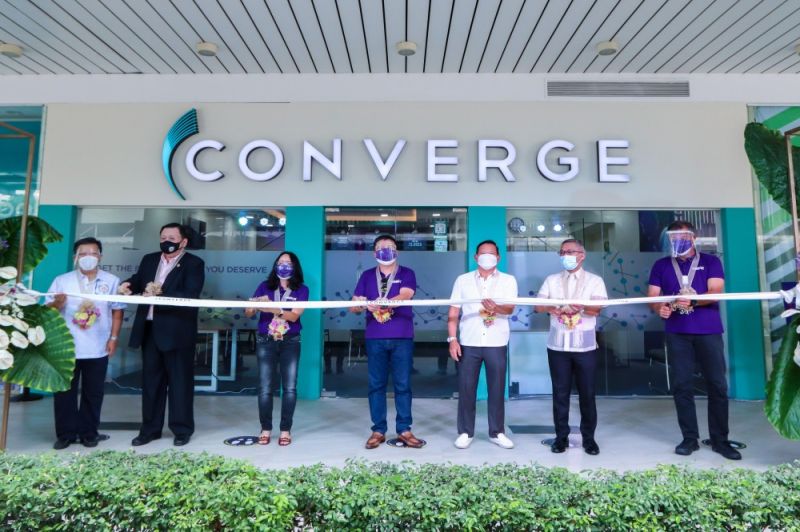 LEADING fiber internet services provider Converge ICT Solutions Inc. has officially launched its high-speed fiber broadband service in Visayas, marking its entry with the grand opening of its regional corporate office and the ceremonial launch of its Mandaue business center.

In the next few weeks, Converge is also set to open its business center in Cebu City, as well as begin serving Talisay, Cordova, and Lapu-Lapu City in one of the most developed provinces in the country.

“We’ve already hit the ground running when we had our soft launch in Cebu last November. Considering that we’ve only been operating in Mandaue and Cebu cities on a limited basis, we’ve already signed on thousands of subscribers and established partnerships with small and medium enterprises (SMEs) and Enterprise clients,” Converge Chief Executive Officer and Co-Founder Dennis Anthony Uy said.

Converge president and co-founder Grace Uy added, "This strong subscriber take-up is promising, and we expect a groundswell in subscriptions as we target commercial operations in the other areas in the next two months."

In a full-day event on June 7, the country’s only pure end-to-end fiber broadband provider heralded its entry in the Visayas with a ribbon-cutting ceremony for its first business center in the region, followed by the opening of its regional corporate office, at the Oakridge IT Center Tower 2, Oakridge Business Park in bustling Mandaue City.

"Converge can now offer innovative products such as the FiberX Time of Day plans to the Visayas market. The Time of Day plans offer speed boosts ranging from 70mbps to 800 Mbps at pre-set times of the day depending on the preference of the customer. At such price points, Converge is offering the best value for money broadband service in the market," he added.

Since Converge’s soft launch in Cebu last November, it has already covered more than 440,000 households, spanning 48 cities and municipalities, and more than a thousand barangays.

Converge splashed the city with FiberX purple activities including a set up of its business center in wheels, roving billboards, and sales blitzes featuring its mascot Conrad.