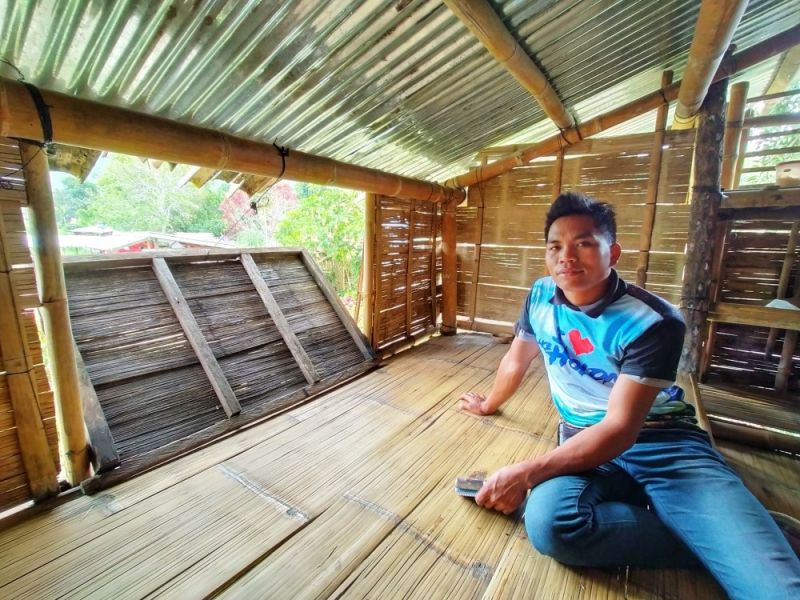 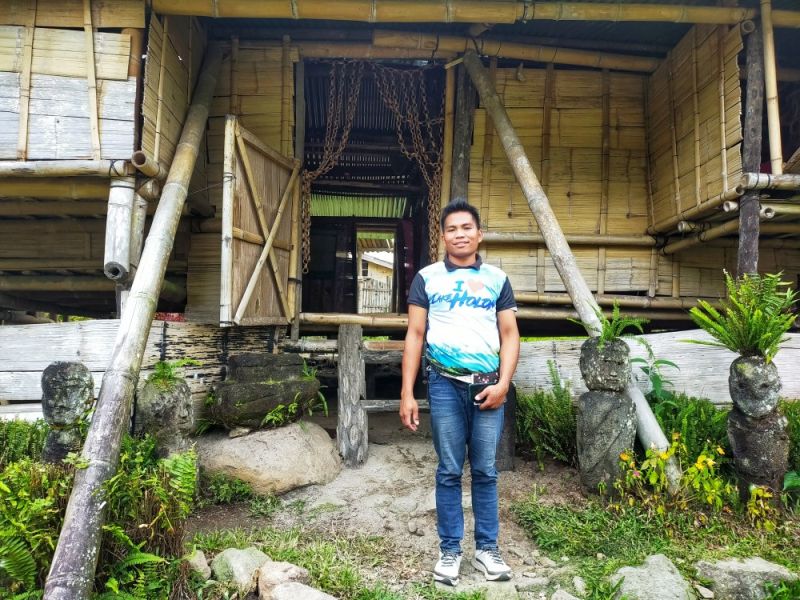 HERMAN Muan did not expect that he would be the leader of Sitio Kule in Barangay Salacafe, Tboli South Cotabato. In his mind, he only wanted to help his community to become independent and empowered.

“Sitio Kule had no knowledge on local governance before. Most of the people were timid to the outside visitors. They did not know how to entertain guests. Some locals were stubborn. Sitio Kule before was also identified as an NPA-infested area and had marijuana plantation,” said Herman.

Kule is a Tboli term that means “center.” It is surrounded by four sitios of Salacafe, namely -- Datal Bong, Blo, Syom Bulol, and Tahikong. It was also the hunting ground of their ancestors. They placed their animal traps on the trail going to the famous Lake Holon.

In 2017, when he was 24, he was declared as the sitio leader of Kule, the youngest in the history of Kule. Herman has a vision for Kule which he is eager to make a reality.

“I saw the unity of the people in Kule. They wanted change. They have many plans for the community. It’s not good if I stop them for their plans or their dreams for Kule,” said Herman.

Over the past years, Sitio Kule experienced progress because of their unity and government intervention through provision of basic social services.

“At first, Gunô Bong was not intended for tourists. It was mainly used for community affairs like gatherings or meetings,” Herman said.

In 2014, Gunô Bong (big house) was built out of community effort and with the support of the DST program of Mayor Dibu Tuan. The Tboli house is a testament for their solidarity. That time, Herman was one of the volunteers who helped build Gunô Bong. They also created the Kule trail to Lake Holon because of their community initiative.

Tboli Senior Tourism Officer Rodel Hilado, Tourism Supervisors David Suanzon, Joshua Tuan, and Marc Jhofaith Montero saw the potential of sitio Kule as a tourist destination. As a result, the Gunô Bong evolved into a multi-purpose house that caters to both community members and tourists. Sitio Kule practiced community-based tourism. It is one of the trail sites going to Lake Holon. DOT Region 12, under the leadership of former Regional Director Nelly Nita Dillera, supported this endeavor.

The LGU Tboli through Municipal Tourism Development and Promotion Unit supported the community efforts of sitio Kule. With the help of DOT Region 12 office, they have conducted various trainings and seminars, as well as other tourism related assistance just to improve the tourism services of the community. They trained local guides, habal-habal drivers, and other tourism frontliners.

“The locals before were very shy. They did not know how to entertain guests. Eventually they became empowered through tourism. We now know how to deal with people,” Herman said.

Because of tourism intervention in sitio Kule, the community became a model sitio based on their progress, community initiative and peace and order. In 2019, Sitio Kule got the first runner-up for the Best Practices on Community-based Responsible Tourism in the Pearl Awards organized by the Association of Tourism Officers of the Philippines and Department of Tourism (Atop-DOT).

“We are also thankful for the leadership of Mayor Dibu Tuan. Without his support and community assistance, we cannot do most of our projects in Kule,” he said.

On May 27, 2021, Sitio Kule celebrated their seventh anniversary for the creation of their Gunô Bong. Its establishment led to many opportunities for sitio Kule. In recent years, Sitio Kule received major projects such as the Tboli Cultural Village project under the National Housing Authority (NHA), the community school and their water system project.

“If you make a stand for the community, you would see its different sectors. If a problem arises, you can easily address it because you have a holistic view on it,” Herman said.

“Sometimes, it is difficult to lead people. You need to be fair in dealing with their attitude and concerns. Nevertheless, I encourage them to disregard their differences in order to push our community projects. I need to level down in order to understand their sentiments.”

“This work is not for me. This is for our sitio. I really appreciate the unity of my community,” he added.

Herman has an informal group called Mekef Bulol that conducts fieldwork and helps facilitate their community projects. They still have many plans for sitio Kule. For example, Herman and his team plan to put up Gunô Kemye, which serves as a “health house” to address health related concerns in the community.

Although there are still problems and needs to be addressed, Herman is hopeful that they can overcome such trials because of their bayanihan system. As a leader, he still continues to learn and collaborates with the right people. He is also optimistic for the future leaders in his community.

“Our leaders in the government should help its people to grow. They should uplift its people and help them to become self-reliant. I hope our future leaders in the community will have good knowledge and wisdom that are grounded in indigenous systems and sustainable development,” Herman said.