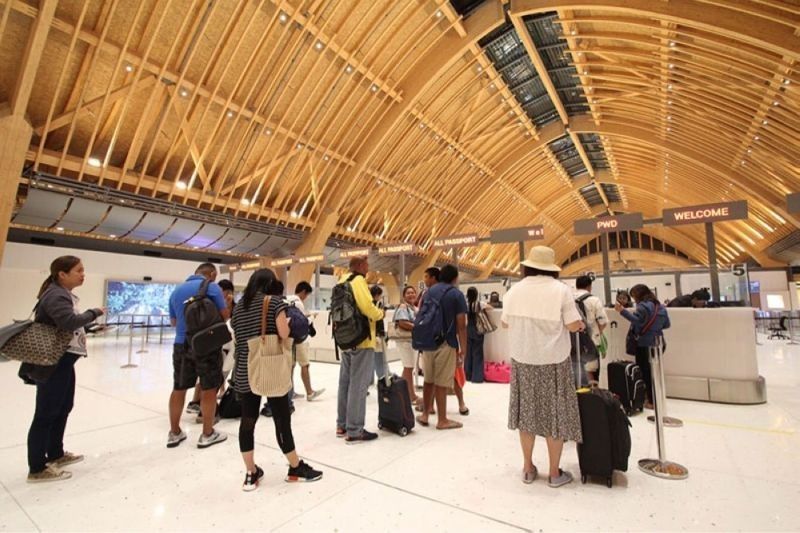 LAWYERS from the Integrated Bar of the Philippines Cebu Chapter (IBP-Cebu) and two more senators have expressed support for Cebu’s international arrival protocols and called on the national government to adopt these.

At the Capitol, the Cebu Provincial Board is scheduled to hold a special session on Friday, June 11, to uphold and fortify Provincial Ordinance 2021-04, the local law behind Cebu’s arrival protocols.

PB Member (3rd District) John Ismael Borgonia, who authored the ordinance, said he believed that the ordinance did not violate any IATF policies. He challenged the national government to file cases against the board instead of making Cebuanos suffer by diverting the flights.

IBP-Cebu, in a resolution approved on June 8, 2021, said Cebu’s policy to test returning overseas Filipinos (ROFs) and overseas Filipino workers (OFWs) for coronavirus disease 2019 (Covid-19) upon arrival is responsive to the needs of returning Filipinos.

The group said the policy is consistent with the constitutional mandate to provide “adequate social services and an improved quality of life for all as well as the protection and promotion of the right to health and of health consciousness of the people” during the pandemic.

It called on all government agencies to harmonize policies and procedures governing the arrival of ROFs and OFWs by adopting Cebu’s swab-upon-arrival policy.

Copies of its resolution will be sent to the Office of the President, Department of Health, Inter-Agency Task Force (IATF) for the Management of Emerging Infectious Diseases, Office of the Governor of Cebu and all other concerned agencies.

Senator Juan Edgardo Angara, who is also a lawyer, said the policy “is practical and makes perfect sense.”

He urged the IATF to study Cebu’s testing policy and see whether this can be adopted or incorporated in its protocols on Covid-19 testing for international arrivals.

He echoed Cebu Gov. Gwendolyn Garcia’s argument that many OFWs and ROFs return home due to unforeseen circumstances such as a death in the family, and requiring them to stay in quarantine for 14 days will defeat the purpose of their return.

He also agreed that having ROFs check into quarantine hotels entails additional expenses.

Senator Ramon Revilla Jr., a former actor, wrote Garcia to commend her for “extending humanitarian considerations” to OFWs and ROFs.

“Indeed, allowing them to immediately reunite with their families upon their arrival in the province under the swab-upon-arrival policy is a commendable initiative,” Revilla said.

Cebu’s arrival protocols, as specified in Provincial Ordinance 2021-04 and earlier in Garcia’s Executive Order 17, require ROFs and OFWs to undergo a swab test for the Covid-19 virus upon arrival.

They are to stay in a quarantine hotel while waiting for the result. If negative, they will be allowed to go home.

A memorandum that Garcia issued on May 20 and released on June 5 also requires ROFs and OFWs to be swabbed again on the seventh day from arrival by their local government units (LGUs).

They are also required to undergo home quarantine for the remainder of the 14-day quarantine period after they test negative.

The medical professionals, however, have been silent.

Cebu’s policy differs from the IATF protocol of Day 7 testing and strict facility-based quarantine for 10 days with additional four days of home quarantine for those with negative test results.

For returning Filipinos who had been fully vaccinated in the Philippines, the IATF rule is facility-based quarantine for seven days and swab test only if they manifest Covid-19 symptoms.

Cebu City Acting Mayor Michael Rama said he was considering assistance to Cebu City residents affected by the diversion of flights to NAIA.

“We have to address it, taga-atoa na (they’re residents here),” he said in a press conference on June 9.

He expressed support for Garcia’s arrival policy and called on the national government to study this.

The number of Cebu City residents who are currently in Manila because of the rerouting would have to be determined first, he said. They will find out whether the affected passengers have food and accommodation, among others.

Rama said the City will coordinate with the Department of Foreign Affairs (DFA) and Overseas Workers Welfare Administration (Owwa) in transporting these passengers to Cebu.

He also said he will coordinate with the Cebu Provincial Government, which might already have a program providing assistance.

Lapu-Lapu City Mayor Junard Chan, for his part, hoped that Malacañang would reconsider the rerouting of international flights to NAIA.

He said this has adversely affected not only the ROFs and OFWs, but also the workers at the MCIA.

Chan reiterated his support for Garcia’s arrival policy as he noted that Covid-19 cases in Cebu have continued to decline.

He said the IATF should consider the decline in cases and the rapid vaccinations against Covid-19 in assessing Cebu’s international arrival protocols.

“This has a huge effect on travelers. Diverting their flights to Manila is a hassle and entails additional expenses for them,” Chan said.

The MCIA-bound flights were first rerouted to NAIA on May 29 to June 5.

On June 6, international flights resumed landing at the MCIA. On June 7, Malacañang announced the issuance of a memorandum dated June 5 by the Office of the Executive Secretary, extending the diversion of flights to June 12.

In a special session on June 11, the Provincial Board aims to uphold and fortify Provincial Ordinance 2021-04, according to PB Member (5th District) Red Duterte.

“(We aim) to fortify our stand. We will uphold the ordinance on the arrival of returning Filipinos in Cebu. We believe that this ordinance is doing wonders and is very effective. We do not see any reason to adhere to the national policy. What we always bear in our minds is that whatever works for Cebu, we will stand by it,” Duterte said.

“If there were any violations, the ordinance would have already been declared ultra vires and we would have been administratively liable. By diverting the flights to Manila, they are making Cebuanos suffer,” Borgonia said.

“They should blame us, not the Cebuanos. They are bullying Cebu. They don’t respect local autonomy. There are legal remedies so why don’t they do that?” he added. (ANV / JJL / GCM)
< Previous PageNext Page >