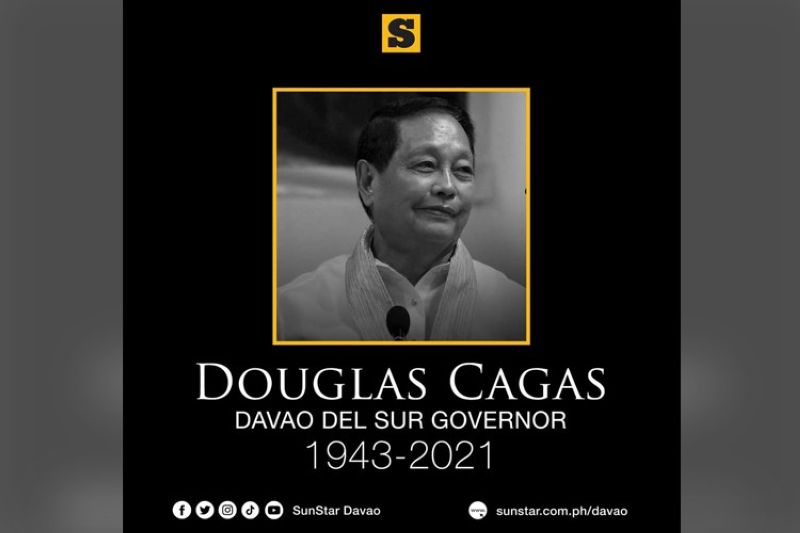 "It is with you our deepest sorrow that we announce the passing of Governor Douglas "Dodo" Cagas this morning, owing to [Covid-19] complications. He has joined his Creator in heaven," the Cagas family said in a statement.

She said the late governor was admitted for a week at the hospital after suffering from shortness of breathing.

Cagas, a senior citizen, already received his first dose of Covid-19 vaccine before he was admitted to the hospital.

Fernandez, however, clarified that it was not the vaccine that caused the untimely demise of the governor.

She added that the governor is a staunch advocate of getting the Covid-19 vaccine.

Fernandez said both of them are currently under quarantine wherein they also tested positive but under mild condition. Both are now recovering.

The spokesperson said Marc will be succeeding his father as governor after the latter recover and finish their quarantine.

Fellow local chief executive Davao Oriental Governor Nelson Dayanghirang said in a statement that his family and the entire province extended their condolences to Cagas’ family.

“He will always be remembered as a great leader and a good friend. Daghang salamat Gov. Dodo. Maayong paglawig (Rest in peace),” he added. Dayanghirang recently recovered from Covid-19.

Uy also told the public that "Covid[-19] is real" and urged for the continued compliance of the minimum health protocols.