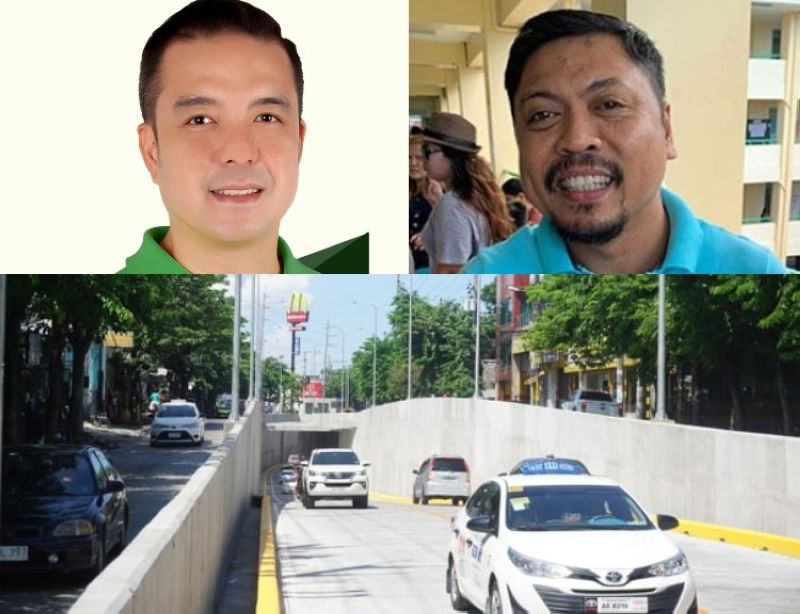 MONEY appropriated by Congress for a big-ticket local project must be spent, often in a rush and with little concern for its effects during the construction and the problems it causes when opened and used.

To the Cebu City Council, that was sharply demonstrated by the P800 million Mambaling underpass, for which Cebu City commuters in the south district suffered a two-year ordeal -- from its construction in 2017 until its opening in June 2019 -- only to find little or no letup in the flooding and traffic problems the project was supposed to solve.

Vice Mayor Michael Rama in last April 28’s Sanggunian session used the word “stupid” nine times in describing the project. A Department of Public Works and Highways (DPWH) official admitted to the City Council on October 14, 2020 that implementation of the project was “a mistake from the start.”

In its regular session Wednesday, June 9, Cebu City Councilor Eduardo Rama Jr. summed up the root cause of it all, thus: “Kon naay budget, gastohon gyud, never mind the consequences.”

To which Public Works and Highways Regional Director Edgar B. Tabacon, an engineer who hails from Moalboal, Cebu, and his top co-officials -- Sanggunian guests at its Citizen’s Hour -- did not speak out to disagree.

No control over budgeting

Engr. Nonato Paylado, DPWH-Central Visayas planning and design division chief, told the City Council their department has no control over prioritizing projects. He said he was told by higher DPWH officials that prioritizing local projects is a “political exercise.” It is Congress, specifically the House, that decides how much and when sums of money are appropriated for a project.

And the House allots the money because of the lobbying by a congressman or congresswoman, who in turn is prodded by the mayor or governor. For the Mambaling underpass, it was Rep. Rodrigo “Bebot” Abellanosa who wangled the fund for the project, apparently with the prodding or approval of local party BOPK chief Tomas Osmena. Nobody asked if Bebot Abellanosa’s responsibility over the outcome of his project would cease upon release of the funds. Many people blamed Abellanosa for the underpass debacle, during the construction and the poor results.

For the Mambaling project, the amount was budgeted for the underpass but none yet (at the time) for the service roads road-right-of-way (RROW). roads. DPWH built the P638-to-P800 million underpass but stalled on the service roads until Congress approved the P16.9 million fund for them. And presently it is struggling with the problem of RROW over about 63 lots and 38 structures.

DPWH scrapped from the underpass the huge cistern the size of 10 Olympic swimming pools, which Congressman Abellanosa dangled when he announced the project “to end traffic and flooding problems” in that part of his district.

That “must-spend” policy, along with the huge error of dropping the drainage component, must have caused the Mambaling underpass fiasco. The consequences: stalled traffic during the two years when it was built and recurring floods, which has continued even after the pass was opened because of the mistake. Facebook memes showed the road near a mall and a supermarket converted into Venice-like canal after heavy rain. The image sticks in the public mind.

The recurring flooding problem in the area, blamed mostly on DPWH’s handling of the project, has long fueled an outcry by councilors from the south district, who are also swamped with complaints from their constituents.

Also tagged as part of the problem in local projects funded nationally are:

[2] The present project to solve flooding at the Mambaling underpass and its environs may just transfer the problem to other areas Fear of just shifting flooded places in the city was expressed by Councilors Eugenio Gabuya Jr. and Edu Rama.

[3] Barangay captains and other local officials have a kind of concreting mania, where they ask for concreting of roads without asking for canals or the drainage component. Councilor Phillip Zafra, former barangay captain of Tisa, cited the need for DPWH to coordinate among themselves and consult local officials when the project is local. Gabuya said the agency should make it a rule to including drainage, whether asked for or not, in every road concreting